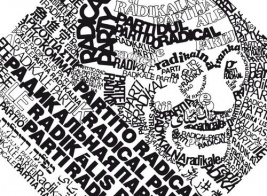 Invitation to the side event on “Freedom on Peaceful Assembly”

The Nonviolent Radical Party, Transnational and Transparty and the Open Dialog Foundation are pleased to invite you to the side-event on:

Among our guest panelists will be lawyers, human rights defenders and journalists, who will discuss recent cases of violations of freedom of assembly in selected countries, including Kazakhstan, the Russian Federation, the People’s Republic of China, and Vietnam.

The situation in Kazakhstan

The situation in the Russian Federation

The situation in the People’s Republic of China

The situation in Vietnam

– Penelope Faulkner, Vice-President of “Quê Me: Action for Democracy in Vietnam”

– Vo Van Ai, Chairman of “Quê Me: Action for Democracy in Vietnam”, Vice-President for Asia of the International Federation for Human Rights (FIDH)