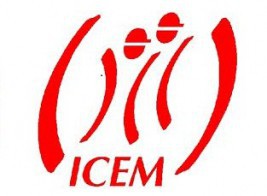 Letter of IMF and ICEM to the President of Kazakhstan

President of Republic of Kazakhstan

On behalf of 45 million industrial workers represented by the International Metalworkers’ Federation (IMF) and the International Federation of Chemical, Energy, Mine and General Workers’ Unions (ICEM) we are writing to you to express our serious concern with the situation in Mangistau Province, Kazakhstan.

We have been informed that oil workers of Karazhanbasmunay had to work in harmful conditions. After numerous attempts to settle the issue with the employers with no results oil workers decided to go on strike in May 2011 demanding the employer to improve working conditions and pay additional compensation for the work in bad conditions. Workers of OzenMunayGaz and other operations in the region joined the strike later on. Unfortunately instead of engaging in good faith negotiations with the workers the employers recurred to tactics of pressure. This led to the aggravation of the social situation in the region.

To our knowledge, the oil workers’ strike resulted in numerous acts of repression.

On August 8 Natalia Sokolova, a union lawyer, was sentenced to six year imprisonment for alleged offence of “inciting social hatred”. During her one week trial, the judge allowed neither testimonies of defense, nor evidence by independent experts.

A number of other workers and activists involved in the strike were also accused of participation in illegal protests and spent some time in prison and/or were ordered to pay substantial fines. Hundreds of workers were fired.

On July 8 and 10 workers’ rally in Aktau was stormed by riot police. The participants of the rally were violently beaten.

The situation in the region was aggravated by a number of horrendous murders.

On August 2 Zhaksylyk Turbaev, 28-year old drill operator and a union activist, was murdered right at his workplace, his skull was broken.

On August 24 Zhansaule Karabalaeva, 18-year old daughter of the president of the union committee at OzenMunayGaz, was found dead on the outskirts of Zhanaosen. She received multiple knife wounds; her skull was broken, her jaw was crushed.

Mr. President, we believe that human rights issues are one of your central concerns. In 2010 Kazakhstan took the presidency in the OSCE. At the OSCE summit in Kazakhstan, Astana Commemorative Declaration was adopted, once again reinstating the commitment of OSCE members to human rights. In the word and spirit of this declaration, as well as the Constitution of Kazakhstan and international standards, we urge you to start immediate investigation of the facts of persecution and violence in Mangystau province, and take all the necessary measures to stop the suffering of the workers.