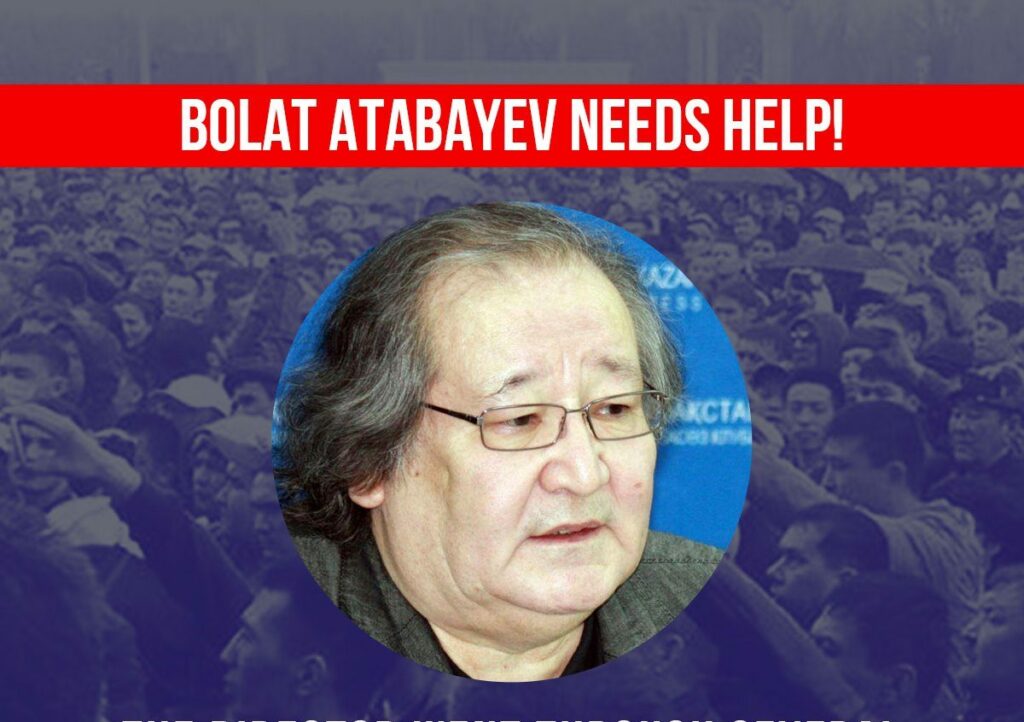 Famous Kazakhstani film director and public figure Bolat Atabayev is in serious condition at a clinic in Munich. For many years, Bolat Atabayev has been suffering from diabetes, and his kidney failure has worsened recently. Last week, the director went through several expensive surgeries. His condition is still severe and financial support is required to cover expensive treatment and rehabilitation.

Bolat Atabayev is one of the most outstanding public figures of modern Kazakhstan. In 2011, the director publicly supported the protesters in Zhanaozen. For this, the Kazakh authorities accused him of inciting discord and placed him in a pre-trial detention centre, where his health was significantly undermined. Atabayev was released thanks to pressure from the international community. After that, the director was forced to leave Kazakhstan and move to Germany.

In 2012, Bolat Atabayev was awarded the Goethe Medal for his services in developing relations between the theatres of Kazakhstan and Germany.

In an interview in 2014, Bolat
Atabayev said:

— Our people are silent because they’re afraid. I myself
was shackled by fear for a long time, sitting in front of the TV and screaming
at it. And then I got tired of it, so I started speaking publicly. The truth
needs a person who will speak for it — otherwise it dies. I volunteered to be
this dissatisfied, angry and inconvenient person. I’m already at an age when I
can’t be afraid — I feel fulfilled as a person and as a director. If I have to
die — I’ll die. What difference does it make where I will live — on this side
or the other.

We invite everyone to join the fund-raising for Bolat Atabayev’s treatment.