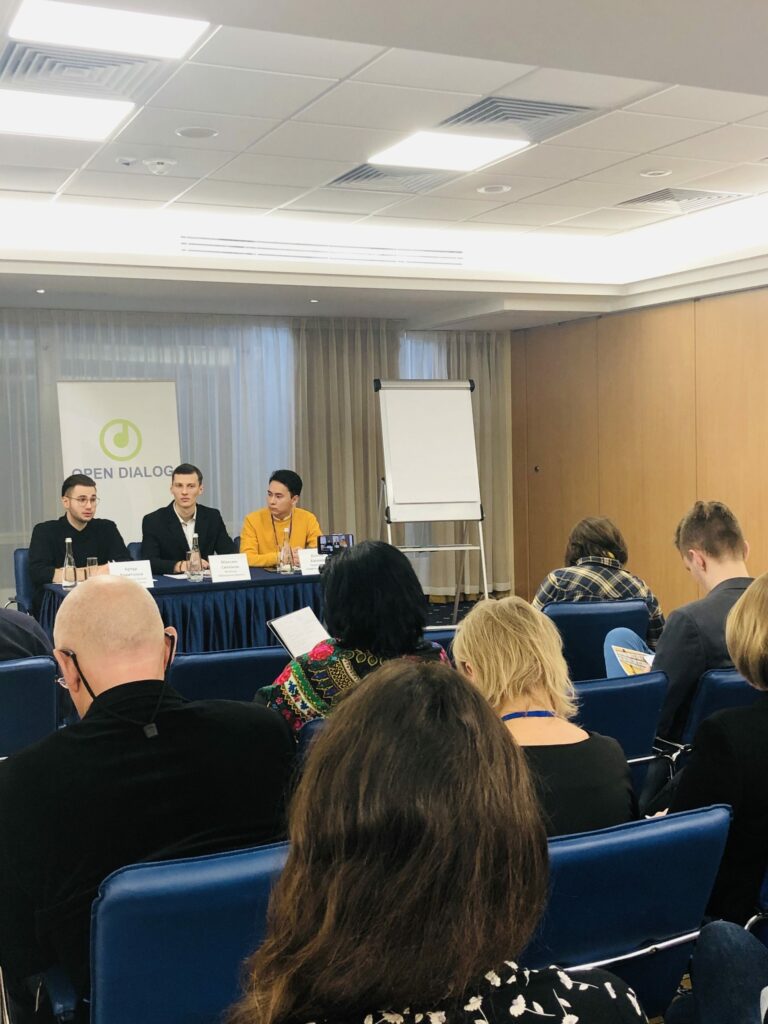 “Are there any threats to Ukraine from China and how can they be minimised?” – discussion in Kyiv

In his opening speech, Artur Kharytonov, Chief Coordinator of the Ukrainian Free Hong Kong Centre, spoke about the strategy of China’s influence on different countries. According to Kharytonov, Ukraine is within China’s sphere of economic interests, and Ukrainian officials are influenced by the Chinese government due to corruption. “When Chinese officials meet with Ukrainian politicians, there are cases of corruption, gift-giving and solicitation in relation to Ukrainian authorities, who are willing to participate,” Kharytonov said. According to him, it is precisely because of corruption that the Ukrainian government turns a blind eye to the danger posed by cooperation with the Chinese communist regime.

Daniyar Khassenov, co-founder of Kazakhstan’s human rights initiative Qaharman, spoke about his country’s mass protests against Chinese expansion. The protests were brutally suppressed by law enforcement agencies, and their participants were prosecuted under the criminalcode. The Kazakhstani authorities make concessions to China in decisions on the extradition of refugees who have fled the Chinese ‘re-education’ camps in Xinjiang, where they are persecuted for their ethnic and religious affiliations. According to Khassenov, the Kazakhstani authorities are also turning a blind eye to the numerous violations at Chinese infrastructure facilities in Kazakhstan.

The Kazakhstani human rights defender explained that since the Chinese authorities are not interested in the state of human rights when concluding agreements on economic cooperation, it is beneficial for corrupt authoritarian regimes to cooperate with China. That is why opaque economic agreements between the Ukrainian authorities and China are extremely dangerous for society.

Khassenov stressed the danger of installing Chinese-made CCTV cameras in Ukraine, as similar equipment is used in Kazakhstan to monitor social activists. China has become known for producing spyware, which is also used in Ukraine, claims Khassenov. According to the human rights activist, this equipment allows the Chinese government to monitor the citizens of Ukraine and this could pose a threat to their security.

In turn, Artur Kharytonov warned that at the international level, the Chinese government supports Russia’s policy towards Ukraine, and therefore the construction of key infrastructure by Chinese companies is dangerous. According to him, the purchase of Ukrainian plants and factories by Chinese companies poses a threat to Ukraine’s national security, especially in the defence industry. According to Kharytonov, the most urgent danger for Ukrainian society is the possible opening up of the land market to Chinese investors, because, as the experience of other countries has shown, they can abuse this opportunity.

During the discussion, the role of Chinese diplomatic institutions in Ukraine was also addressed. Elena Balakina, coordinator of the international exhibition of paintings by Chinese artists ‘The art of Chen Shang Zhen’ spoke about pressure put on her by the Chinese embassy in Kyiv. According to Balakina, embassy employees have repeatedly tried to bribe the management of the galleries that hosted the exhibition. Artur Kharytonov also shared his experience of political pressure on him and his organisation from the Chinese embassy. “The Chinese embassy no longer performs the function of an embassy, but rather an unconcealed function of a secret service agency,” added Arthur Kharytonov.

The full broadcast of the event can be found here.