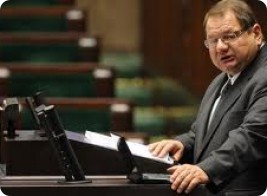 Polish Presidency of the EU Council: Dialogue on human rights in Kazakhstan

The Committee on Justice and Human Rights of the Polish Seym and the “Open Dialog” Foundation would like to invite you to a press conference devoted to current socio-political situation in Central Asia in connection with the upcoming OSCE Conference entitled “Human Dimension Implementation Meeting” and the negotiations on the extended agreement on partnership and cooperation between the EU and Kazakhstan, which are now carried out by Poland, now holding the presidency of the European Union.

We will address the following topics:
1. The strike of oil sector workers in the Mangistau region in Western Kazakhstan
2. Freedom of speech and independence of mass media – effectiveness of the EU and OSCE support mechanisms.
We will host the following participants:
• Ryszard Kalisz, Chairman of the Committee on Justice and Human Rights of the Polish Seym
• Representatives of Kazakhstan’s independent mass media and trade unions representing the striking workers of the following oil and gas exctraction companies: OzenMunayGaz, Karazhanbasmunay, Ersai Caspian Contractor; members of the National Front – a party in opposition of the government.

Negotiations within the EU-Kazakhstan Partnership Council are carried out on behalf of the European Union by the Minister of Foreign Affairs, Radoslaw Sikorski. The European Union is the most important investment partner of Kazakhstan, and the value of mutual trade in 2010 reached $ 40 billion. Kazakhstan also aspires to join the World Trade Organization. At the same time, the governmental system of the country remains authoritarian. Since Kazakhstan gained independence in 1991, the country has been continuously governed by the President, Nursultan Nazarbayev, and – as it is estimated by the strikers – in fact, 60% of the country’s economy is controlled by the president’s son-in-law, Timur Kulibaev. Opposition groups operate illegally, and the few independent media are subject to repression.

Tension in Kazakhstan is increased by the mass strikes, carried out since May 2011 by the workers of the oil and gas extraction industry – the base of the economy of the country. More than 15 000 people participated in the strikes. In addition to social demands, the workers are demanding to register independent trade unions, to release imprisoned union leaders and to stop the repression against them. The strike was acknowledged illegal by the court. Social discontent is growing. According to the analysis of the Centre for Eastern Studies: “The prolonged protest as well as its radicalization may lead to an escalation of social tensions in the country before the upcoming parliamentary elections.¹

To confirm your attendance, please email or phone us: