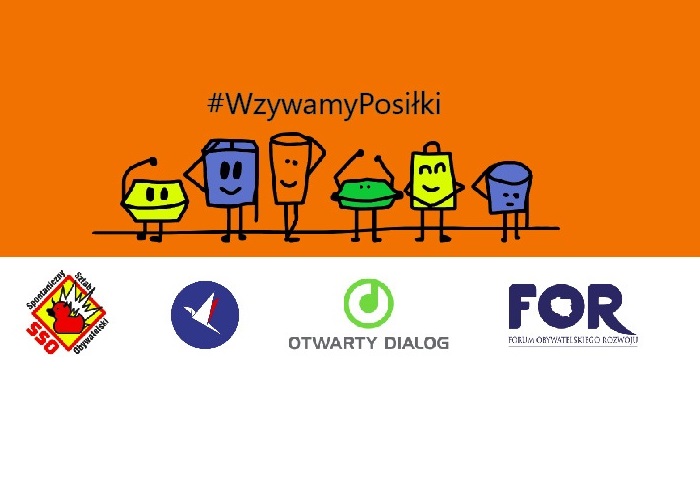 We have completed the first stage of our campaign. We raised more than PLN 650,000 with the aim of rendering assistance to Polish hospitals and catering companies. We completed settlements with 269 restaurants throughout Poland, which delivered meals to over 200 hospitals in Poland. The fundraiser, carried out as part of the #PosiłekDlaLekarza campaign will be continued in order to support small entrepreneurs participating in the #WzywamyPosiłki campaign.

In recent days, we completed the first stage of our campaign. At that time, the restaurants participating in the initiative were reimbursed for meals delivered to hospitals in the amount of up to PLN 800 per week. According to the calculations, as of 14 April, 2020, 269 restaurants received a total of PLN 179,814.32 for participating in the campaign. We gained this amount thanks to more than 11,544 donors who decided to support our fundraiser on the Zrzutka.pl online portal with the total amount of more than PLN 650,000.00.

The scale of our society’s generosity and the interest from restaurants exceeded our expectations. Its execution involved a huge organisational effort that would not have been possible without the support of volunteers from all over the country and even abroad. Cooperating with the catering sector, accounting and financial settlements of the campaign, as well as verifying the needs of individual hospitals and reaching healthcare workers effectively all transpired to be particular challenges. Despite the name, the campaign covered not only doctors, but also nurses, paramedics, patients, cleaning staff and many other people employed in the healthcare sector.

Aware of the scale of today’s needs, we decided to support the #WzywamyPosiłki campaign, which, due to its great effectiveness and organisational performance, has already provided over 70,000 meals for Polish medics fighting the coronavirus epidemic. Patronage of the campaign has been assumed by the Supreme Medical Chamber, and its strategic partners include KFC, McDonald’s, IKEA, Pizza Hut and Hortex, operating on a pro bono basis.

“We are very pleased to have established cooperation with #WzywamyPosiłki. Our campaigns clearly complement each other: #PosiłekDlaLekarza is one of the most effective aid campaigns in the fight against the virus (by 14 April, we had raised over PLN 650,000), while #WzywamyPosiłki is a network of volunteers at the regional level and an efficient mechanism for distributing meals countrywide. Together, we can simply do more,”our colleague Marcin Mycielski from the Open Dialogue Foundation stated.

“From the very beginning of the #SustenanceCalling campaign, it was clear to us that apart from supporting medical personnel, we had to organise support for small catering businesses. Thanks to the presence of large strategic partners, we have a guarantee that a huge number of meals will be distributed free-of-charge among the medical staff until the end of our campaign. Unfortunately, in the current market situation, small catering businesses are not able to engage in long-term assistance, because many of these places are already threatened with bankruptcy. That is why we are very happy that thanks to the Meal For Doctor campaign, we can finally give all interested persons and companies an opportunity to support those local restaurants and companies that have been intensively involved in our campaign in such great numbers,” the organisers of #WzywamyPosiłki added.

Currently, thanks to the involvement of funds from our fundraiser, small catering businesses that have committed themselves to helping the healthcare sector within the framework of the #WzywamyPosiłki campaign will be able to receive a partial refund. Also, restaurateurs who have been active as part of the #PosiłekDlaLekarza campaign will be able to join them. Following the completion of the campaign, the whole collected amount will be divided among all partners (except those working on a pro bono basis) proportionally to the number of meals provided. Up to 2.5% of the funds collected by 14 April 2020 can be used to cover administrative service costs (accounting, settlements) and advertising the campaign. Detailed rules for verification and acceptance of new partners and the settlement mechanism will be presented in the rules developed by the campaign organisers. The settlement operator of the campaign is the Open Dialogue Foundation.

At the same time, all the Strategic Partners of #WzywamyPosiłki, including KFC, McDonald’s, IKEA, Pizza Hut and Hortex, will continue to provide their assistance pro bono. Funds from the fundraiser will not go to these entities.

Further fundraising will be carried out in order to support the #WzywamyPosiłki campaign – we are still counting on your support.

The #WzywamyPosiłki initiative was born out of a desire to show gratitude and support to the healthcare workers who are fighting on the front line against the coronavirus pandemic. More than 70,000 meals have been delivered since the campaign was launched. Honorary patronage of the initiative has been taken by the Supreme Medical Chamber. #WzywamyPosiłki connects those in need with those who wish to help. The organisers verify food and drink needs in each facility and send the meals where they are really needed. Deliveries include more than 70 hospitals, emergency stations and diagnostic laboratories – every day, more places are added. There are more than a hundred large and small companies from all over Poland. Facebook, which has also become an official partner of the initiative, helps to publicise all the activities.

The #PosiłekDlaLekarza initiative was launched on 15 March 2020. During the first two weeks of the campaign, approx. 800 food service outlets volunteered to participate, of which over 265 eventually took part, delivering meals to over 200 hospitals and other medical facilities throughout Poland. For this purpose, the organisers of the fundraiser managed to collect (until 14 April) over PLN 650,000 from more than 11,500 donors. The initiative was launched by the Spontaneous Civic Staff, the FOR (Civic Development Forum) Foundation and the Low Contributions association.