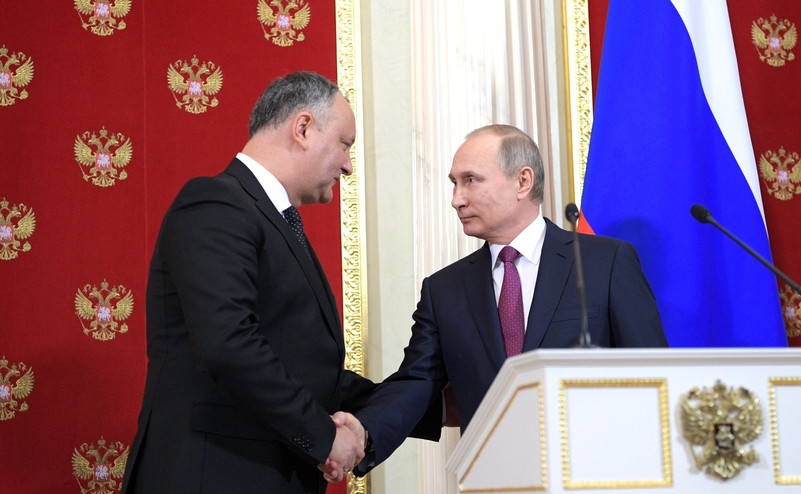 ODF’s monitoring of the COVID-19 outbreak in Moldova

As the COVID-19 outbreak started to spread in the Republic of Moldova, the Parliament declared the state of emergency on March 17, 2020. Yet, the provided rules, sanctions and restrictions are often unclear and limited.

While the citizens are asked to stay home and are receiving disproportionate fines for not respecting the quarantine regime and imposed restrictions, President Igor Dodon took his family for a walk in a forest and shared the moment on social media. The President was not fined, thus proving the selective application of the law. Overall, this example is an accurate portrayal of the Moldovan authorities’ crisis management, whose actions are often confusing, uncertain, and doubtful. Based on monitoring the situation in Moldova, ODF outlines the following concerns.

An imposing number of medical workers denounced the lack of sufficient protective equipment with hospitals turning into hotbeds of infection. Still, the authorities have been maintaining the ‘being sufficiently equipped’ and ‘everything being under control’ narrative, referring to workers not following the rules as a cause of their infection with COVID-19. According to official data from April 30, out of 3,897 confirmed cases, 960 are medical workers.

Many patients are complaining about the conditions in the medical institutions where they are hospitalized. On April 5th, Veronica Suveica, a patient from Soroca infected with COVID-19 in the hospital where she had a surgery, posted a video criticising the poor sanitation and the attitude of the medical staff. PM Ion Chicu had come to attack the patient by claiming that these ‘glamorous live videos‘ make no sense now.

On March 26, the former director of Republican Clinical Hospital, Anatol Ciubotaru, organised the testing in a private laboratory of the employees who cared for patients infected with COVID-19 (the results confirmed 4 cases of infection). One day after, the Committee on Exceptional Situations decided upon his dismissal, categorizing his action as outside the existing protocol. Similarly, on April 11, Eugen Cebotari, a medical assistant, was threatened with dismissal because of a criminal lawsuit after he posted a video showing the inappropriate conditions that his emergency station provided.

Repression of freedom of expression

On March 24, the President of the Audiovisual Council of the Republic of Moldova, Dragoș Vicol, made a worrying attempt at media censorship during the state of emergency. The released provision stated that all media outlets were obliged to present solely the official position of the competent public authorities on the pandemic situation. Notably, it was issued after some medical workers made public statements about working without protective equipment, disinfectants and without salaries. After being heavily criticized by the civil society, the provision was cancelled.

Moldovan media organisations accuse the authorities of lack of transparency about the real situation of the pandemic. The authorities show reluctance in providing complete information, and previously accused the press for criticism and referred to the media’s incapacity to properly inform the citizens. Since the press briefings on COVID-19 pandemic situation are online, no mechanisms were implemented for allowing journalists to ask live questions. Media organisations and institutions are demanding at least one weekly online press conference with journalists’ participation.

On April 23, the Parliament approved an economic package for supporting the population against the COVID-19 crisis. Later that week, by revising the state budget, the government planned to compensate the deficit through a 200 million euros loan from Russia. Yet, the Constitutional Court suspended the entry into force of the law on the loan after being petitioned by opposition parties. The opposition highlights the long-term risks that would be caused by some obscured provisions.

President Dodon pointed to a possible participation of the oligarch Vladimir Plahotniuc in the opposition’s actions for seizing state institutions. Plahotniuc was announced on the international and interstate wanted list and has been placed on the U.S, Switzerland and Lichtenstein sanction lists. While the U.S. Embassy announced that Plahotniuc is on American soil and the Moldovan authorities do not know his exact location, new details regarding the money laundering case in which the former PD leader is targeted are publicly available.

The Open Dialogue Foundation hereby calls for a close monitoring of the authorities’ actions under the pretext of fighting the COVID-19 crisis and their efforts in respecting their human rights obligations.