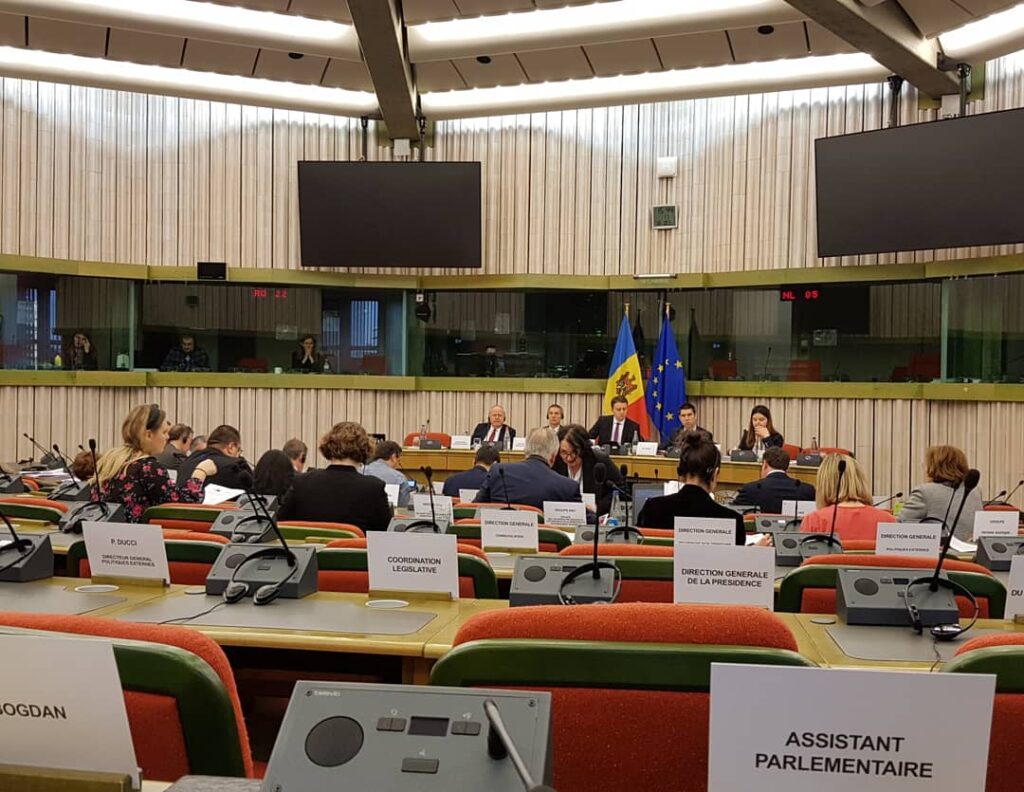 ODF in the EP in Strasbourg: the Fall of Sandu’s Government in Moldova

The goal was to update them on the recent developments in the country following the fall of the Maia Sandu government as well as  current cases of political prosecution. We advocated for holding those responsible to account, specifically super-oligarch and ousted Democratic Party leader Vladimir Plahotniuc and his allies.

Last but not least, the delegation took part in the 7th Meeting of the Delegation to the EU-Moldova Parliamentary Association Committee (D-MD PAC), where, notably, MEP Helmut Scholz spoke not just on the issue of cases of political prosecution, but also raised awareness of the lack of independence of state-owned media and for-profit broadcasting organisations in the country.