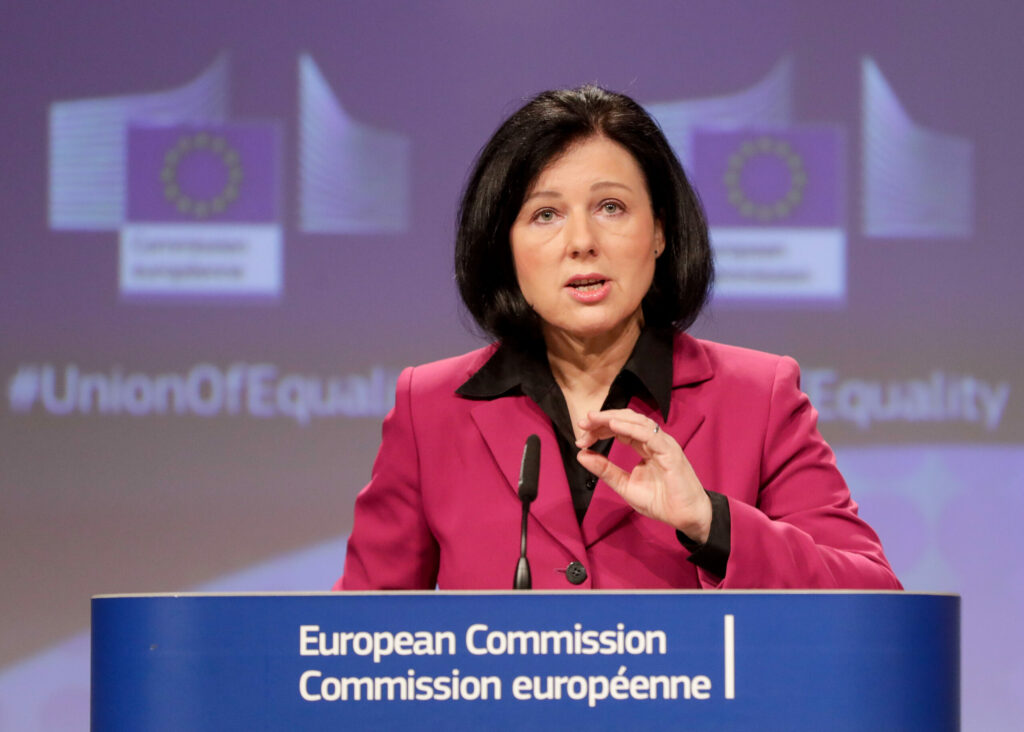 The signatories, referring to our letter from 22 April, have listed numerous new unlawful activities of the ruling party’s cronies, sitting in the Supreme Court’s “Disciplinary Chamber” or the captured Constitutional Tribunal. You can read about them in detail in our letter below.

We are writing to you to follow up on our previous letter dated 22 April 2020 and draw your attention to two of the most recent and egregious violations of the Court of Justice’s judgments and case-law. In the present instance, we are here referring to the ECJ order of 8 April 2020, Commission v. Poland, C-791/19 R, and the principles laid down in ECJ judgment in Simpson and HG (C-542/18 RX-II and C-543/18 RX-II).

With respect to the ECJ order of 8 April 2020, we would like to draw your attention to the multiple violations of this order deliberately organised by Polish authorities, the latest example of which is the closed hearing organised by the “Disciplinary Chamber” in respect of Judge Igor Tuleya and which is scheduled to take place on 9 June [1], [2].

One may for instance mention the question submitted by the “Disciplinary Chamber” regarding Article 4(3) TEU and Article 279 TFEU to the captured “Constitutional Tribunal” so as to offer this discredited body a pretext excuse to set aside the ECJ order notwithstanding the lack of competence of the “Constitutional Tribunal” to do so. One must also recall in this respect that according to the Commission itself, the “Constitutional Tribunal” is unlawfully composed and no longer guarantees any effective constitutional review of legislation adopted by the ruling party while the “Disciplinary Chamber” itself has already been found by the Supreme Court (when it was still independent) not to constitute a court within the meaning of both Polish and EU law. The mere act by the “Disciplinary Chamber”, a body pretending to be a court, of submitting a question to the body pretending to be a Constitutional Tribunal regarding the constitutionality of two provisions of EU primary law so as to avoid complying with the interim order of the ECJ amounts to a violation of EU law. It simultaneously amounts to a violation of the ECJ order itself as the ECJ order suspended the judicial activity of the “Disciplinary Chamber” [See paragraph 110: « l’octroi des mesures provisoires sollicitées emporterait non pas la dissolution de la chambre disciplinaire ni, partant, la suppression de ses services administratifs et financiers, mais la suspension provisoire de son activité jusqu’au prononcé de l’arrêt définitif»]. Lastly, we would like to draw your attention to the appointment of three new individuals to the “Disciplinary Chamber” by the Polish President, not only in arguable breach of the ECJ order of 8 April 2020 but also in obvious breach of the ECJ A. K. preliminary ruling of 19 November 2019 as applied by the (not-yet-captured) Supreme Court in several rulings and most recently, its resolution of 23 January 2020.

Secondly, we would like to draw your attention to the latest judgment of the Constitutional Tribunal which, in practice, essentially nullifies the principles laid down in the European Court of Justice’s ruling of 26 March 2020 in Simpson and HG. Leaving aside the obvious flaws in the Constitutional Tribunal’s “reasoning”, which not only violates the Polish Constitution but also ECHR law, the “judgment” by the unlawfully composed “Constitutional Tribunal” plainly violates Article 47 of the EU Charter. Indeed, as far as EU law is concerned, the Court of Justice has unambiguously confirmed that the right to a fair trial “means that every court is obliged to check whether, as composed, it constitutes such a tribunal where a serious doubt arises on that point” [Joined Cases C‑542/18 RX-II Simpson and C‑543/18 RX-II HG, para. 57]. Prior to this latest “judgment”, and as noted in our previous letter, the captured “Constitutional Tribunal” had adopted two judgments, relying in part on an obvious bad faith interpretation of the EU Treaties to justify blatant violations of the said Treaties. In doing so, the “Constitutional Tribunal” not only violated its obligation to refer the matter to the ECJ, it also violated the most fundamental principles and mechanisms underlying the whole EU legal order by deliberately ignoring relevant ECJ rulings; denying the ECJ any authority to review Polish measures violating judicial independence; and prohibiting national courts from setting aside and/or referring questions to the ECJ regarding bodies and/or national measures which patently violate the principle of effective legal protection [In the two rulings announced on 20 and 21 April 2020, the captured Constitutional Tribunal nullified the resolution of the Supreme Court inter alia on the basis of Articles 2 TEU and 4(3) TEU and also found that the Supreme Court had interpreted relevant legal provisions in ‘a law-making manner’ whatever this may mean. As far as EU law is concerned, the captured Constitutional Tribunal has blatantly violated it, including its duty to refer the matter to the Court of Justice. See ‘Safjan on Constitutional Tribunal ruling: an extreme scenario, but even EU exist seems possible’, Rule of Law in Poland, 27 April 2020 (reproducing text by M. Gałczyńska originally published in Polish at Onet.pl, 20 April 2020)].

We observe with deepest concern how Poland’s captured Constitutional Tribunal, once known as an independent protector of the rule of law, methodically and deliberately prevents the application of EU rule of law standards and compliance with the case law of the European Court of Justice. How much more damage to the rule of law before the Commission finally acts?

In light of the above and the continuing worsening of the rule of law breakdown we have been witnessing in Poland since the end of 2015, we must reiterate our previous call urging you to fulfil your duties as Guardian of the Treaties.

In our opinion, this means promptly returning to the Court of Justice and requesting it to impose a dissuasive daily fine until Polish authorities fully comply with its order of 8 April 2020. As previously requested, and in line also with the draft report of the European Parliament’s LIBE Committee, the Commission must also promptly initiate additional infringement actions targeting:

While we welcome the launch of an infringement action in respect of the “muzzle law”, this will not be sufficient to contain the rule of law breakdown we are currently witnessing in Poland.

We also wish to direct your attention to the latest developments within the Supreme Court, especially the procedures used to (irregularly) appoint a politically compromised “judge” to head the Supreme Court in yet another breach of the Polish Constitution [1], [2] but also EU law and in particular the case law of the European Court of Justice regarding judicial appointments and the obligation for national authorities not to adopt measures undermining the independence of national courts as made crystal clear in the Portuguese judges’ ruling.

It is now only a matter of time before the entire Polish judicial system falls under the total political control of Poland’s ruling party. This is no time for dialogue but a time for renewed, swift and implacable enforcement of EU law. If you fail to do so, the EU will soon have its first EU Member with an entire national judicial system not meeting the minimum requirements of EU law, in particular Art. 2 TEU.

We urge therefore to make a prompt and full use of all of the political and legal options available to you.

We remain at your disposal should you need any additional information and we thank you for your time.