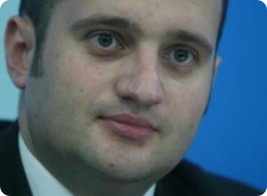 Elections to local authorities in 2010 in Ukraine will be held under the new political circumstances. After being elected President of Ukraine Viktor Yanukovych (in full accordance with democratic procedures) in Ukraine can be seen a tendency to retreat from democratic norms, rules and procedures that were achievements of the last five years, after the Orange Revolution in 2004. Unconstitutional formation of pro-presidential coalition in parliament (“bribery” of individual deputies, instead of legitimate fractions merger) was the first worrying sign that President Yanukovych follows authoritarian system of government administration based on the Russian model of state management.

Adopted August 30, 2010 by pro-presidential majority, the Local elections law also leads to power monopolization in Ukraine by President Yanukovych and his Party of Regions. There is every reason to believe that Yanukovych and the Party of Regions will seek to monopolize power in the country, ranging from local to national level, according to Russian and Belarusian model of post-Soviet authoritarianism.

According to the new law, particularly in territorial election commissions across the Ukraine, proportional party presentation are currently being formed, while Party of Regions has a majority in all committees in the Parliament with no exception, and in government itself.

Amendments to the electoral law allows to refuse candidates in registration and even to remove them from the electoral lists during the election campaign without the proper decision of the competent court (as in the past), but with a simple voting of district election commissions’ members (most of which are in the hands of Party of Regions representatives).

There have been many cases of unjustified refusal to register candidates from opposition, which means the violation of constitutional rights for equal access to participation in elections.

There is every reason to expect that to continue during the election campaign the number of unjustifiable decisions of election commissions will be increased, which will make it difficult to participate in the election of candidates from the opposition.

The latest report of the Parliamentary Assembly of the Council of Europe on the situation in Ukraine was pointing on the rapid increase in the intervention of state special services in the media business, which also affects the election coverage in the media, and – consequently – the voters’ access to the information.

At this level, the new Ukrainian government has set up a task, oriented on the foreign policy, to stop the monitoring of Ukraine by Parliamentary Assembly of Council of Europe in the shortest time (which was officially proclaimed be the Minister of Foreign Affairs of Ukraine Gryshchenko). In this situation, the government seeks to minimize the access of the media and international observers on the law violations during local elections.

In this situation, the priority mission of international observers in municipal elections in Ukraine in terms of the international community, but also in terms of prospects for further European integration of Ukraine, is to provide information on the status of real democracy in Ukraine.