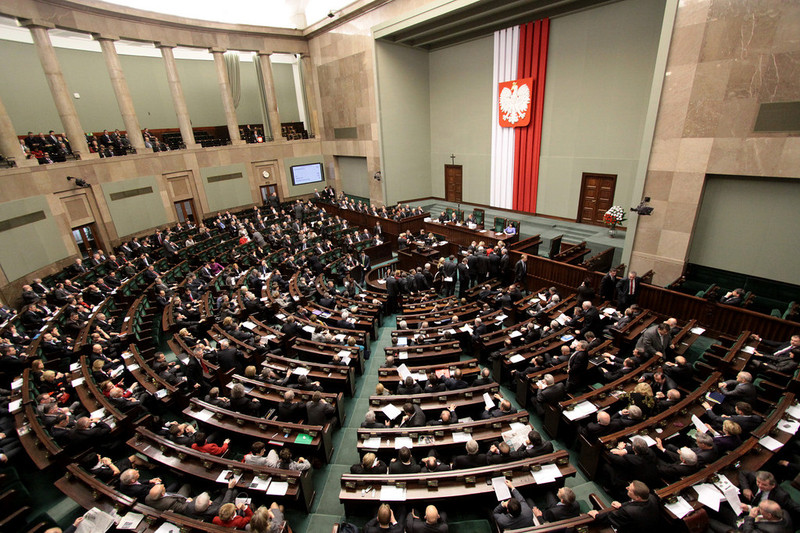 Poland’s ruling Law and Justice (PiS) party doesn’t shy away from the authoritarian playbook to secure their power.

While the battle with the European Commission over the rule of law rages on, PiS is discreetly trying to tweak electoral law in their favour.

Last summer’s attempt to exclude smaller parties from winning European Parliament seats by raising the effective threshold to over 16 percent (with the EU’s maximum being five percent) was – unexpectedly – struck down by president Andrzej Duda.

With the upcoming parliamentary elections, it’s time for a sequel.

The bill, tabled again by PiS, makes a seemingly insignificant, yet potentially game-changing, modification to how election results are validated (or not).

Until now, the validity of any elections in the country was determined by the employment, social security and public affairs chamber of the Supreme Court.

But the chamber was abolished with PiS’s controversial 2017 bill.

According to the proposed law, this duty will now fall under the court’s extraordinary control and public affairs chamber.

If this change seems like a technicality, don’t be fooled. The new chamber, apart from a slightly shorter name, presents one significant advantage for the ruling party.

Its members are chosen by the National Council of the Judiciary (NCJ). This name might sound more familiar to the Brussels reader, as this is the body currently awaiting a preliminary ruling of the European Court of Justice (ECJ).

The court’s advocate general had already stated in his opinion that the NCJ is “dependent on the executive and legislative branches”, so the ruling will most likely follow the same line.

Indeed, out of the Council’s 25 members, 15 are chosen by the Sejm, the lower chamber of parliament (with a PiS majority), with others being parliamentarians and even the PiS justice minister himself.

In practice, with the new law, the validity of elections can ultimately be decided by the ruling party and its cronies. If it sounds like authoritarian territory, that’s because it is.

Opposition MP Jerzy Meysztowicz put it quite bluntly in his speech addressed to the ruling party: “The problem will be this: if you win the elections, that means they’re fine, and if you lose them, you determine they were falsified.

“What guarantee do we have that when you lose the elections you won’t question them and determine that sorry, but they didn’t count? And who will be deciding that? It will be the extraordinary control and public affairs chamber, that you nominate yourselves. Brilliant solution!”

In an interview with Gazeta.pl he calls it an “example of very irresponsible policy-making of the government”.

“We’re members of a community governed by certain rules. Instead of attempting to constructively solve the issue, the PiS government makes a move hostile towards the EU – it raises the competence of a body with serious doubts around it” he said, referring to the ECJ’s upcoming ruling.

“The government’s actions are provocative” according to Matczak.

Indeed, if the European court’s ruling confirms the serious doubts regarding the independence of the NCJ, chaos might ensue.

Even if the ECJ’s ruling doesn’t nullify all the NCJ’s judge nominations to date (which would then put into question the validity of potentially thousands of cases they had already judged on), a European court finding the Supreme Court’s new chamber invalid might easily be used as an argument in PiS’s anti-EU rhetoric.

It will join their ongoing accusations of the EU messing with Poland’s internal affairs, overshadowing the fact that it is Law and Justice itself which messes with the principles of democracy in the first place.

Ironically therefore, the ECJ’s ruling safeguarding the rule of law might fuel PiS’s justifications to abolish it.

While the opposition raises alarm, Matczak is cautiously hopeful.

“I see the mechanism of hijacking the NCJ to nominate a Supreme Court chamber, deciding in such a key issue as the validity of elections, as illegal and extremely harmful to democracy. They can be readying themselves ‘just in case’.

“There’s a risk of creating a tool that they can later use. But I know some of the members nominated to the control chamber and I believe that they are serious lawyers and will not let themselves be used politically”.

More on this topic:
election , Poland , rule of law in Poland , PiS