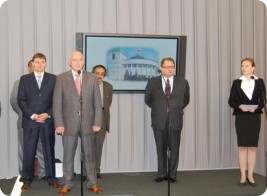 A press conference in the Sejm of the Republic of Poland

A press conference organized by Mr. Ryszard Kalisz, Chairman of the Justice and Human Rights Committee of the Polish Parliament, was held in the Polish Sejm on September 26, 2011.

Poland currently chairs the EU Council and on behalf of the Council it is negotiating a new agreement with Kazakhstan. The aim of the conference was to highlight the real situation of the society in this country.

Mr. Ryszard Kalisz, a member of the Polish Parliament, noted that Poland played a considerable role in creation of the space of ​​freedom, democracy and respect for human rights in the East as it launched the Eastern Partnership. Now, during these six months which are so  important to Poland, we can significantly influence the content of the agreement between the EU and Kazakhstan. It is because Poland can use our good experience in promoting these values. Additionally, the country has a significant say in the negotiations of the agreement between the EU and Kazakhstan.

The true picture was presented by the opposition activists and representatives of independent media, who are eager to see the freedom of speech in their country, and by the striking workers, who are constantly ignored by the authorities. The President Nazarbayev, using vile methods in his efforts to prevent the strike from leading to a greater degree of freedom and satisfaction of claims of employees.

On behalf of the Open Dialog Foundation, Ms. Lyudmyla Kozlovska stated that Foundation permanently monitors the situation and it carries out actions aimed to show the real situation in this country. She called for not signing the agreement until human rights are respected by the authorities of Kazakhstan.

The conference attracted many journalists and was broadcast on TV Channel TVP.pl. 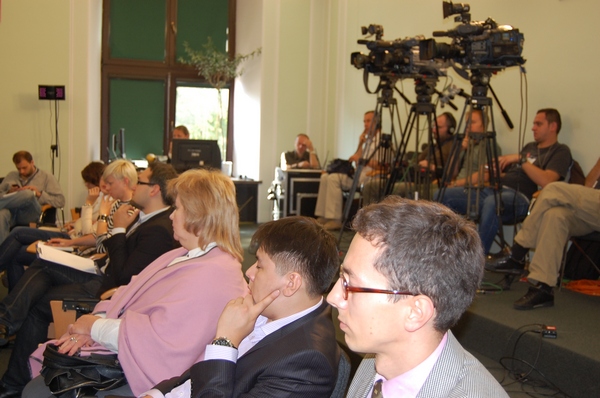