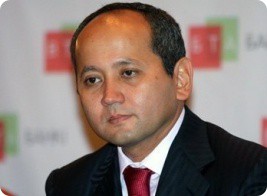 On Wednesday May 29, at 4:30 am, my wife Alma and our six year-old daughter Alua were attacked by Italian police in a house in a suburb of Rome. Some thirty armed policemen broke into the house where they slept and beat a male relative. Police did not make any charges and produced no warrants. Alma was forcedly taken to an unknown destination and neither her relatives nor her lawyers could find her for the next 24 hours. She was finally found at a police station, but the police failed to provide any reasons for her detention. Today, police came to the house where my daughter was staying under the care of relatives and took her by force without any explanation.

Later this evening the lawyers learned that Alma and my daughter were going to be extradited to Kazakhstan.

Both my wife and my daughter were in Italy legally; however, the lawyers were told that an Italian judge had made a decision on their extradition. The lawyers quickly contacted the Prosecutor General, who gave an immediate verbal order to stop the extradition because of the completely illegal actions of the police and the judge.

Despite the order of the Prosecutor General, my wife and my daughter were forced into a waiting private charter plane and sent to Kazakhstan. At this very moment, 22:00 GMT on 31 May 2013 plane is flying to Astana.

I declare that the kidnapping of my family was ordered by President Nursultan Nazarbayev. He has now switched from political repression to outright terrorist tactics of taking hostages.

The kidnapping of my family is a demonstration of the vile and despicable nature of Nazarbayev’s regime, which has failed to destroy me as political opponent and has instead kidnapped my wife and six year old daughter.

Today, I am appealing to the governments and parliaments of the European Union, Russia and all democratic countries with a call to express the strongest possible protest against the barbaric actions of Kazakhstan’s special services and to immediately intervene in this situation using international relations.

The state terrorism carried out by Nazarbaev’s security forces has spilled beyond Kazakhstan’s borders and must be stopped.

I ask all citizens of Kazakhstan, regardless of your political views, and regardless of what you might think of me personally, to protest against the actions of the Nazarbaev’s security services that are now fighting their political opponents by kidnapping women and children!

I will make a detailed statement later. In the meantime, I want to thank all of you who are willing to support me.