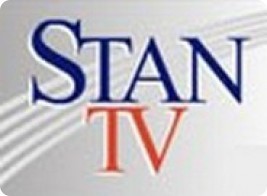 On October 26, 2011,Asan Amilov, a cameraman, and Orken Bisen, a journalist from the “Stan.kz” were subject to armed attack in Aktau, the Mangistau District. The bullet-wounded victims were admitted to hospital. A criminal investigation was initiated in connection with the incident.

The “Stan.kz” Information Video Portal started its activity on March 1, 2007. A wide network of correspondents in Central Asia ensured the provision of quick and reliable information about life in Kazakhstan and its neighboring countries. Comments made by opponents of the regime soon made this web newspaper well-known among local residents.

An attack on the “Stan.kz” journalists

At noon, on October 26, 2011, Orken Bisen, a journalist and Asan Amilov, a cameraman  were leaving  building 40 of the 2nd Microdistrict in the city of Aktau when suddenly, from the yard  where their car ( a taxi) was parked, four unknown men approached  them. They were armed with baseball bats with which they began to strike the journalists about their bodies. One of the attackers produced a firearm, presumably a non-lethal weapon. He shot Orken Bisen, the journalist, in his back and Asan Amilov, the cameraman, in his leg. Zharas Ongarbaev, the taxi driver who accompanied the journalists, also suffered heavy injuries after being kicked by the assailants.

The injured journalists are currently undergoing treatment in the trauma ward of the city hospital No.12 in the city of Almaty. Amilov, the cameraman, was admitted there with a bullet wound to his leg, massive blood loss and closed head injury. Additionally, his left arm is immobilized and he has sustained multiple bruising all over his body. He is still in the hospital. Orken Bisen, the journalist, has been released from the hospital and is continuing his treatment in the outpatient clinic.

Many facts indicate that the “Stan.kz» journalists were the victims of a contract assault. The perpetrators took the journalists’ laptop which contained video footage relating to the strike of oil workers for the journalists’ next broadcast. They also attempted to damage their video camera.

A criminal investigation was initiated in connection with the incident under Article 179, part 2 of the Criminal Code of the Republic of Kazakhstan on “Robbery with violence” Criminal investigative activities are now conducted under supervision of Diusen Nurzhigitovich Koyshibaev, the head of the Aktau City Department of Internal Affairs.

During the last six months the following employees of the “Stan.kz” were subject to persecutions:

1. Orken Zhoyamergenovich Bisenov, born on July 23, 1982, a journalist of the video portal Stan.kz, has higher education (graduated from the Department of Journalism of the Kazakh National University). He was subject to assault, was shot in his back and received moderate bodily injuries.

3. Azamat Sarkhytbaevich Esbergenov, born on June 21, 1989, a journalist of the video portal Stan.kz,has higher education, graduated from the Department of Journalism of the Kazakh National University.   He has been repeatedly subjected to death threats made by the police officers.

4. Sherniyaz  Zhanabekovich Shagatay, born on May 15, 1987, an ex-journalist of the video portal Stan.kz, has higher education; he graduated from the Department of Journalism of the Kazakh National University. He voluntarily resigned from his job after he and his family started to receive death threats and threats of bodily injury from the police officers.

5. Talgat Umirbekov, born on February 26, 1980, a cameraman of the video “Stan.kz”. On September 7, 2011 a worker of the Sanitary and Epidemiological Station inflicted bodily injuries upon him.

The Association for Human Rights in Central Asia and the Public Foundation “Open Dialog” hereby draws the attention of all interested persons, organizations and the mass media to the case of the “Stan.kz” and appeal to the leadership of the Republic of Kazakhstan to ensure all safety measures for independent journalists and to bring to account the law enforcement officers who intimidate mass media workers.