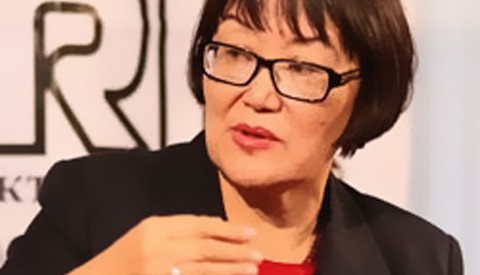 Against the backdrop of the closure of independent media and the oppression of journalists, the ‘Amansaulyk’ foundation and a film production centre ‘Rakurs’, despite their small budgets, were among the few organisations which supported the work of human rights defenders and independent journalists in Kazakhstan. The search and seizure of property was carried out with gross violations of Kazakh legislation.

The civil foundation ‘Amansaulyk’ engages in human rights protection in the field of health and social protection. The head of the Foundation, Bakhyt Tumenova had previously been one of the leaders of the opposition parties ‘Democratic Choice of Kazakhstan’ and ‘Alga!’, which were banned following charges of extremism. Bakhyt Tumenova criticised the Kazakh authorities for restricting the activities of independent NGOs. She also reported that she was shadowed by the security services. The Limited Liability Partnership (LLP) ‘Film Production Centre ‘Panorama’ and ‘Rakurs’ (hereinafter – the film production centre ‘Rakurs’) was engaged in the preparation of information for the opposition channel ‘16/12’, established after the closure of independent media in Kazakhstan in November 2012. The Kazakh police believe that the ‘Rakurs’ centre is financed by the opposition politician, Mukhtar Ablyazov.

A criminal case was opened against the ‘Amansaulyk’ foundation and the film production centre ‘Rakurs’, on charges of committing crimes under Article 193 of the Criminal Code of the Republic of Kazakhstan (‘Legalisation of money or other property acquired through illegal means’). According to investigators, the money laundering scheme also included the engagement of LLP ‘Network of currency exchange points of the BANK, through which, allegedly, ‘between 100 to 200 thousand dollars coming from abroad was cashed monthly’. This financial institution was also searched. The police believe that in this criminal scheme, several staff members and the accountant of the Foundation ‘Amansaulyk’ allegedly played the role of couriers.

On 5 December, 2013, financial police searched and confiscated property in the office of the LLP ‘Film Production Centre ‘Panorama’ and ‘Rakurs’ in the city of Almaty. The police seized the following equipment: video cameras, hard drives, safe-deposits, computer towers and laptops. Georgiy Arkhangelskiy, the head of the ‘Rakurs’ centre, stated that during the search, the police did not present an appropriate prosecutor’s warrant. According to Article 232, section 3 of the Criminal Procedure Code of Kazakhstan, searches without warrants are conducted solely in ‘exceptional cases’, where there is a real fear that the  item being sought may be ‘lost, damaged or used for criminal purposes’.

On 11 March, 2014, investigative action was launched against the foundation ‘Amansaulyk’. On that day, at about 4.00 p.m., financial police came to the office. The commander of the operation was senior investigator of the Financial Police, Lieutenant Ruslan Mirov. He stated that he had a warrant from the prosecutor to search the premises, seize computers and mobile phones, as well as documents of the foundation. At the same time, he grossly violated Article 232, point 8 of the Criminal Procedure Code, under which investigators are obliged to offer the landlord or tenants of the premises a chance to voluntarily hand over the items needed for the investigation: “If they are given voluntarily and there is no reason to be afraid that objects and documents which are subject to seizure have been hidden, the investigator is entitled to cease conducting further searches”. However, during the search, the police even inspected personal belongings of the staff.

As reported by the foundation workers, three women began to feel ill during the search. One of them, accountant Lyudmila Zorina (aged 54) suffered a hypertensive episode. An ambulance was called, doctors stated that there was a risk of stroke, but the police did not allow the medical workers to take her to hospital. At about 10.00 p.m., Lyudmila Zorina, along with the President of the Foundation ‘Amansaulyk’, Bakhyt Tumenova (aged 66) were taken to the Department of Financial Police for questioning. The interrogation continued until 1.00 a.m., after which Lyudmila Zorina was remanded in a detention facility for the night, and Bakhyt Tumenova was taken to her home, where the police conducted a search. In the morning of 12 March, 2014, she was questioned again at the police station. The refusal to provide medical assistance to the employee of the foundation, Lyudmila Zorina, and her overnight detention in custody, regardless of the critical state of her health, is regarded as torture by the Open Dialog Foundation.

This is already the second search of the office of the ‘Amansaulyk’ Foundation since its establishment in 2007. In 2012, the office of the Foundation was searched within the framework of the criminal case against Mukhtar Ablyazov’s former colleague, Muratbek Ketebayev, an opposition politician, who has been recently granted political asylum in Poland.

Kazakh authorities obstruct the activities of NGOs which criticise political and social initiatives of the government. The police accuse both the foundation ‘Amansaulyk’, which deals with health issues, and the ‘Rakurs’ centre, which creates a journalistic product of financial crimes. The Open Dialog Foundation considers the searches, confiscation of property and questioning of the employees of these organisations as an obstruction of their lawful activities. The results of the illegal search cannot serve as evidence in a criminal case. We hereby demand that the management of the financial police in Almaty give explanations regarding the investigation carried out in respect of the CF ‘Amansaulyk’ and LLP ‘The Film Production Centre ‘Panorama’ and ‘Rakurs’, and immediately cease political persecution of journalists and human rights defenders.

All those wishing to support our appeal may do so by addressing the following institutions:

More on this topic:
Bakhyt Tumenova