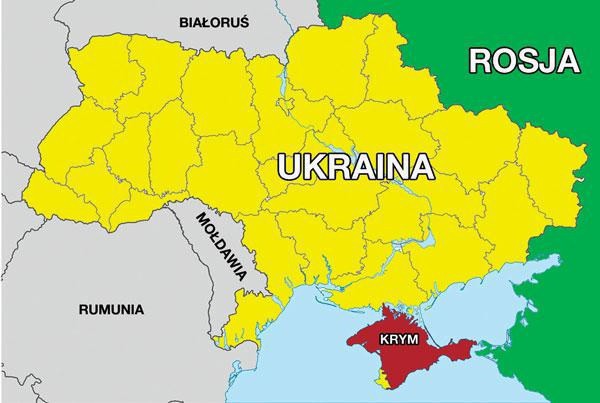 Crimean separatists have brutally beaten two activists of the EuroMaidan and kidnapped Tatiana Tkachenko, a journalist of the Open Dialog Foundation

On the night of 16 March, 2014, journalist Tatiana Tkachenko was kidnapped in Sevastopol. She is a member of the observation mission organised by the Open Dialog Foundation in the Crimea. According to some reports, she was in the hands of Russian security services or the Crimean department of the Ukrainian Security Service.

Tatiana Tkachenko (a Russian citizen) was preparing reportages on the developments in Sevastopol. She stayed for the night in an apartment at Makarova Street with two activists of the EuroMaidan, Dmitriy Novotarskiy and Yevgeniy Melnychuk.

At around 10.00 p.m., approx. 15 masked representatives of the so-called pro-Russian ‘Self-Defence of the Crimea’, brandishing Kalashnikovs and sticks, began to break into their apartment. They cut off the lights in the apartment. The activists phoned the police, but were told that, reportedly, those standing at the door were policemen. The journalist Tatiana Tkachenko, along with activists, tried to negotiate through the door with the invaders, who demanded that the activist, Yevgeniy Melnychuk be handed over to them. He refused to open the door, fearing a lynching.

Thereafter, representatives of the ‘Self-Defence of the Crimea’ broke down the door to the apartment along with policemen before running into the apartment, ransacking it and seizing a laptop and all documents present. The journalist, Tatyana Tkachenko was taken to an unknown location. According to Aleksandra Dvoretska, a Crimean human rights activist, Tatyana was kidnapped by representatives of the Russian Federal Security Service or employees of the Crimean department of the Ukrainian Security Service.

Simultaneously, the ‘Self-Defence of the Crimea’ and Crimean police detained Dmitriy Novotarskiy and Yevgeniy Melnychuk, and transferred them to the Nakhimov District Police Station, where they subjected the two men to severe battery. The policemen were aiming and firing their guns near Dmitriy’s head. After the beating, he lost consciousness and was taken to hospital with broken ribs and concussion. In the morning of 16 March, 2014, Novotarskiy fled the hospital for fear of being kidnapped by representatives of the ‘Self-Defence of the Crimea’ and other pro-Russian groups.

Yevgeniy Melnychuk was released from the police station, having been previously subjected to numerous beatings and interrogations. Workers of the Nakhimov District police station refused to justify the storming of the apartment, as well as the kidnapping of the activists and the journalist. Policemen say that ‘there were no incidents during the night’ and they claim that they were “unfamiliar with the names of the activists or the journalist”.

In the morning of 16 March, 2014, Tatiana Tkachenko wasn’t answering any of her phones. It was only approaching evening that Tatiana communicated with her friends and reported that she had arrived in Simferopol and was going to travel further on to Kiev as soon as possible. At the moment, she is in a depressed state of mind, and so she is going to comment on the incident upon her arrival in Kiev, also during the meetings with European ambassadors.

With the beginning of the Russian occupation in the Crimean peninsula, beatings, kidnappings and intimidation of Ukrainian and foreign journalists and activists have become commonplace. In order to suppress dissent and freedom of speech on the peninsula, as well as facilitate the rigging of the unconstitutional and globally unrecognised ‘referendum’, criminals and radicals have been actively involved in activity.

While Crimean police remain completely inactive and conniving, the self-proclaimed local authorities and Russian troops operate openly through lawless methods. The leadership of the Russian Federation and Vladimir Putin personally bear responsibilty for gross violations of human rights and freedoms of civilians in the Crimea. Under the conditions of uncontrollable and catastrophically dangerous situation on the peninsula, obstacles to the work of international observers and journalists create preconditions for further crimes against peace and humanity in the Crimea.

We hereby appeal to the EU, USA, OSCE and UN to support the independent media outlets and activists on the Crimean peninsula. We also call on the EU and USA to immediately introduce specific targeted sanctions against Vladimir Putin, his family, the illegitimate prime minister of the Crimea, Sergey Aksenov, the oligarchs who support separatist actions, violence against civilians, and the Russian intervention, which jeopardise the interethnic harmony in the Crimea and could provoke a sanguinary war in Ukraine.