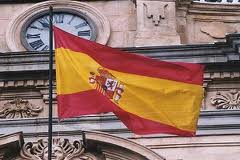 Under pressure from the Chinese authorities, the Spanish Parliament is hurriedly preparing an amendment to the Judiciary Act. It is planning to do away with the principle of universal jurisdiction, which allows Spanish courts to prosecute the gravest crimes committed beyond its borders.

At the beginning of 2014, MPs from the People’s Party, which is currently ruling in Spain, began urgent preparations for an amendment to the Judiciary Act (Ley Orgánica del Poder Judicial) regarding universal jurisdiction. The current legislation allows Spanish courts to file cases connected with the most serious violations of human rights, including genocide, torture and war crimes, regardless of where these crimes were committed or the nationality of the perpetrators.

The idea of the universal jurisdiction is one of the greatest achievements in the field of human rights protection – it does not allow countries which violate human rights to hide behind the argument that everything that takes place within their territory is their “internal issue”. Spanish judges can file bills of indictment and order Interpol to arrest the perpetrators provided that at least one of the victims of the crimes holds Spanish citizenship. This was the case, when in 1998, Judge Baltasar Garzon brought about the arrest of the former dictator of Chile, Augusto Pinochet, in Great Britain.

At a time of current economic crisis, the tendency to withdraw from progressive solutions in the field of human rights protection and to yield to the influence of authoritarian regimes if it brings economic benefits, are on the rise in Spain. A good example of the above-mentioned trend is the government’s readiness to “sell” to the Kazakh regime an associate of the Kazakh political opposition and independent media, Alexandr Pavlov, in exchange for contracts for Spanish companies in the country. Should he be extradited, he may be tortured and even killed. Although Pavlov’s case is of an individual nature and shall not be affected by the changes in legislation (despite numerous procedural irregularities and infringement on provisions) a judicial reform will have a retrograde impact at a systemic level.

The changes were initiated by the authorities of the Republic of China, which demanded that Spain curb prosecutions which are unfavourable to them, namely the judicial proceedings against five former leaders of China. In 2008, three pro-Tibetan organisations brought a case before the court regarding acts of genocide committed by the Chinese regime on Tibetans in the 1980s and 90s. One of the aggrieved parties was a monk, Thubten Wangchen, a Spanish citizen, today an activist of the Tibet House Foundation in Madrid. The judicial proceedings could put in the dock, among others, the former President, Jiang Zemin and the former Prime Minister, Li Peng, who are suspected of participating in the political decisions that led, inter alia, to the mass practice of tortures. On November 19, 2013, the Audiencia Nacional issued an arrest warrant for five former leaders of the communist state. The judge, Ismael Moreno, demands that Interpol issue a wanted notice for the former Chinese leaders.

Should the changes be implemented, it would become impossible to bring such cases before the Spanish courts, and the pending proceedings would be discontinued if they do not comply with the new Act. It would constitute a dangerous violation of the principle of effective proceedings.

On February 10, 122 Spanish and international human rights organisations sent an open letter, in which they demanded the principle of universal jurisdiction to be upheld in Spanish legislation.

They write, among other things, that ”The common attitude of international partnership is unequivocal: [the gravest] crimes constitute a blow to the human conscience and the perpetrators ought to be punished. Every country is obliged to investigate and prosecute them”.

All the parliamentary opposition groups oppose the changes. Nevertheless, in the face of absolute majority that the People’s Party has, they are not able to win any votes in the Congress of Deputies. On March 4, the group of the Socialist Party announced that it will appeal against the draft of the amendment to the Constitutional Tribunal.

A change in the legislation would constitute an obvious violation of the international obligations of Spain, especially of the Geneva Conventions of 1949; the Convention against Torture and Other Cruel, Inhuman or Degrading Treatment or Punishment; theInternational Conventionfor theProtection of All Persons from Enforced Disappearance; the Convention for the Suppression of Unlawful Acts of Violence against the Safety of Maritime Navigation; the Convention for the Suppression of Unlawful Acts against the Safety of Civil Aviation; Convention on the Physical Protection of Nuclear Material and Nuclear Facilities.

It would also violate the domestic legal order.

Jacinto Lara, head of the Association for Human Rights in Spain (APDHE) remarked that the hurried manner of dealing with the issue in Parliament made it impossible to debate the draft in public. The possibility to influence the form of the draft by the authorities that ought to be consulted: the National Council of the Judiciary (Consejo General del Poder Judicial) and the Council of State (Consejo de Estado).

The Open Dialog Foundation appeals to the Spanish authorities not to amend the Judiciary Act in a way that would repeal the exercise of the principle of the universal jurisdiction. We believe that the perpetrators of the gravest crimes should never be allowed to feel safe, and that it is a moral obligation of the international community to bring them to justice.

The implementation of the proposed changes would represent a dangerous precedent and demonstrate to other authoritarian states that they may impose standards on European governments, currently overwhelmed with economic turmoil, which protect criminals as opposed to their victims.