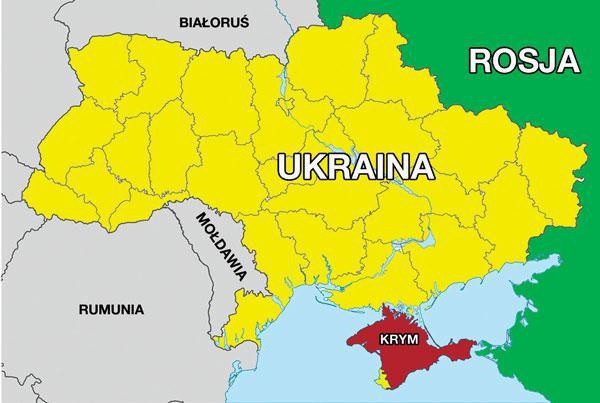 As a result of the storming of the Ukrainian military unit in Simferopol, a Ukrainian soldier was killed and two soldiers were wounded. According to eyewitnesses, Russian Special Forces were the first to shoot. Armed militants are trying to capture other Ukrainian military units. Ukrainian authorities claim that the conflict with Russia has moved from the political sphere to a military one.

In the evening of 18 March, 2014, the photogrammetric information centre of the Ministry of Defence of Ukraine in Simferopol was captured as a result of storming. According to the group ‘Information resistance’, the storming was carried out by Russian special forces and the so-called ‘Crimean self-defence forces’, with the support of Crimea’s police (the police cordoned off the area of the operation). Representatives of the Federal Security Service (FSB ) of Russia wearing plain clothes, were present at the scene. According to eyewitnesses, the first to open fire were Russian Special Forces who shot in the direction of Ukrainian soldiers and members of the ‘self-defence forces’. This provoked indiscriminate shooting by the militants of ‘self-defence forces’ in the direction of the Ukrainian soldiers. Reports that shooting was initiated by Russian Special Forces were also confirmed by foreign journalists who were present at the scene.

The incident resulted in the death of Warrant Officer, Sergey Kakurin from the Ukrainian military unit, who was in the watchtower of the vehicle park of the military unit. According to official reports, he was killed by a direct shot to the heart. Also, Captain Viktor Fedun sustained gunshot wounds to the neck and arm. Another soldier was seriously injured as a result of battery by representatives of the ‘self-defence forces’. Also, attackers captured the commander of the unit, Colonel Andrey Andryushun and arrested the remaining Ukrainian soldiers who were present at the unit at that moment.

It is worth noting that in connection with the incident, the Crimean and Russian media disseminated starkly opposing information to that aired by the Ukrainian party – that it was a representative of the ‘Crimean self-defence forces’ who was shot to death and two other men were wounded. Neither Ukrainian, nor the international media confirmed this information, which suggests that it was deliberate disinformation, designed to provoke further escalation of the conflict.

On 18 March, 2014, Crimean police announced that the armed conflict was provoked by unknown people, who began to shoot on Ukrainian soldiers and militants of the ‘self-defence forces’. “According to the information received, shots were fired from one place in two directions. An unknown person shot from the window of an unfinished building, located in the vicinity of a military unit. The shots were fired at soldiers of the self-defence forces, who were checking the signal of the presence in of armed men in the building, and towards the Ukrainian military unit, situated nearby”, – Crimean police reported. Russian media reported that one of the ‘snipers’ was allegedly detained by the ‘Crimean self-defence forces’ – the person transpired to be 18-year-old resident of Lvov, linked to the Ukrainian nationalist organisation ‘Pravyi sektor’ [The Right Sector’].

When making a statement about the death of a Ukrainian soldier in the Crimea, Ukraine’s Prime Minister Yatsenyuk enunciated that the conflict between Ukraine and Russia has moved from the political stage to the military stage. In this regard, he called for a commission to be established on the level of the defence ministries of the countries which are guarantors of the territorial integrity and security of Ukraine according to the Budapest memorandum (UK, Russia, USA). After the death of the Ukrainian soldier, military unitsstationed in the Crimea were permitted touse weapons.

On 19 March, 2014, the storming of the Ukrainian military units in Crimea continued. In the morning, the militants of the ‘self-defence forces’ began to storm the headquarters of the Naval Forces of Ukraine in Sevastopol. In particular, they broke the gates near the checkpoint of the headquarters. Ukrainian soldiers barricaded themselves in the office premises. Representatives of the ‘self-defense forces’ of the Crimea are also striving to storm the headquarters of the Southern Naval Base of the Naval Forces of Ukraine in the village of Novoozernoye (near Yevpatoriya). According to eyewitnesses, the storming of both military units were carried out at a similar scenario: in the forefront, there were women and children, followed by representatives of the ‘self-defence forces’, and behind them – Russian soldiers. Ukrainian media have also reported that the 36th military brigade in the village of Perevalnoye of the Simferopol District has ceased to resist invaders and turns in its arms.

The new wave of tensions on the peninsula coincided with the signing of the agreement in Moscow on the annexation of the Crimea by the Russian Federation (signed on 18 March, 2014). The agreement is based on the alleged ‘will expressed by the population of the Crimea’, who in the referendum on 16 March, 2014, voted in favour of joining Russia as a new member of the Federation. The referendum took place without the participation of international observers and with numerous irregularities. For example, in Sevastopol, as shown by the final calculations, as many as 123% of the townspeople voted for joining the Crimea in the Russian Federation. Most of the countries in the world labelled the referendum in the Crimea ‘illegal’ and did not recognise its results. Among the countries which have recognised the referendum in the Crimea are: Venezuela, Kazakhstan, Mongolia, Russia, North Korea and Syria. As for Kazakhstan, the leadership of the country stated that they ‘understand’ Russia’s decision regarding the annexation of the Crimea.

Open Dialog Foundation believes that the assassination of the Ukrainian serviceman is an implementation of a part of the planned provocation by Russian intelligence services in order to destabilise the situation in Ukraine. In the wake of the annexation of the peninsula, an operation is carried out with the aim of creating a source of tension between soldiers of Ukrainian military units and militants of the so-called ‘self-defence forces’ of the Crimea. The international community must immediately employ specific actions designed to resolve the situation in the Crimea, so that further bloodshed is prevented. In order to stabilise the situation in Ukraine and ensure security in the region, Open Dialog Foundation recommends that Western countries:

1. render assistance in the process of modernisation and reformation of the Ukrainian army;

2. cease cooperation with Russia and other authoritarian states which recognised the referendum in the Crimea, in the military-technical sphere;

3. convey to Ukraine the experience and assistance in the implementation of anti-corruption reforms and lustration in all spheres of the government;

4. carry out an international investigation into the incidents of political oppression in Ukraine in the period between November 2013 and February 2014;

5. render financial assistance to Ukraine with the condition that monitoring the payment of the money is carried out by civil society;