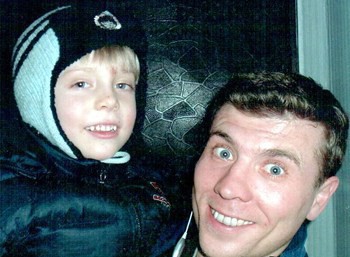 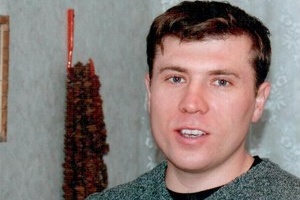 According to the information received by Open Dialog Foundation, the Spanish government secretly issued a decree, allowing the extradition of Aleksandr Pavlov to Kazakhstan, on 14 February 2014. The official information of the decision taken by the government was not issued. The lawyer of Aleksandr Pavlov was not informed about the decision and only discovered it on 18 February by chance.

The information regarding the decision came out in a conversation between an interested member of the Spanish parliament and the Ministry of Justice of Spain.

The secrecy in which the Spanish government has taken the decision with regard to the extradition of Aleksandr Pavlov is unprecedented. It can only be seen as an attempt to render impossible the immediate appeal to the European Court of Human Rights in Strasbourg. The lawyer of Aleksandr Pavlov, Maria Costa, had announced the intention to contact ECHR well before the decision was made.

At the same time, in a separate but parallel procedure, the lawyer rushed to the court, Audiencia Nacional, which is considering the appeal regarding the request for asylum presented by Pavlov. Following thorough explanations by Maria Costa and information on the secretly issued decree, approving Pavlov’s immediate extradition, the Audiencia Nacional court issued, on 19 February 2014, a decision giving the State Attorney three working days to reply to the request of injuction and suspending the extradition until a decision on such request is made. Once that the State Attorney has made it´s allegations the Court will decide whether the suspention is maintained during the whole asylum procedure or not.

The Open Dialog Foundation is appalled by the decision of the Spanish government, approving Aleksandr Pavlov’s extradition to Kazakhstan, regardless of the serious and documented risks for his health and life.  Numerous international human rights organisations have called on the Spanish authorities not to send Pavlov to Kazakhstan, sentencing him to torture, ill treatment or even potential death.

Moreover, we underline that Spain is the only country of the European Union to have an extradition agreement with Kazakhstan – country of extremely poor human rights record and year-by-year indicated as not free in numerous international human rights organisations’ rankings.

The Open Dialog Foundation notes very worrying similarities in the case of Aleksandr Pavlov in Spain and that of Alma Shalabayeva in Italy. Information received by Open Dialog indicate that Spanish branch of Interpol has been actively pressuring the High Court Criminal division into speeding up the procedure. Given such abnormal activity from the side of the Spanish Interpol branch, it is very much possible that, just as in the case of Alma Shalabayeva, an airplane was already waiting for Pavlov to send him back to Kazakhstan. Such actions by the Spanish branch of Interpol could indicate strong pressures coming from the overseeing authorities.

We call on the European Union and international organisations to monitor the case closely and to urge the Spanish authorities to revoke the extradition order. In case of Pavlov’s extradition to Kazakhstan, individuals responsible for putting his health and life at risk, against Spain’s international obligations to saveguard human rights, should be held accountable.