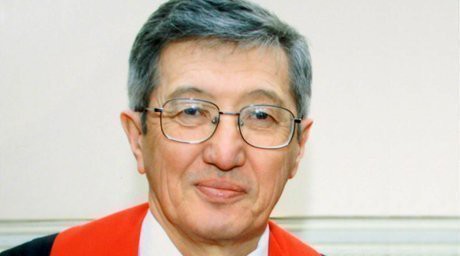 The case of Bakhtyzhan Kashkumbayev: Kazakh authorities accused a Christian pastor of extremism and incitement of religious hatred 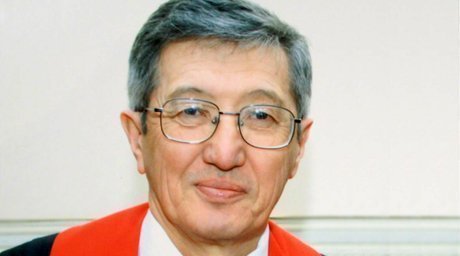 67-year-old pastor, Bakhtyzhan Kashkumbayev, who has health problems, was remanded in custody for nine months. The church minister faced charges of extremism, inciting religious hatred and leadership of illegal religious association. He received a suspended sentence of four years’ imprisonment on charges of intentionally causing grievous bodily harm. The pastor was forcibly placed in a psychiatric hospital, while his right to a defence and ability to obtain timely medical care were restricted. Human rights activists recognised Bakhtyzhan Kashkumbayev as a political prisoner and are issuing calls to cease the restriction of freedom of conscience and religion in Kazakhstan.

Bakhtyzhan Kashkumbayev (aged 67) is a pastor of the Presbyterian Church ‘Grace’ in Astana. A year ago, he resigned from his ministry and is now retired. Parishioners of the ‘Grace’ church respected the pastor for his personal and spiritual qualities.

On 17 May, 2013, Bakhtyzhan Kashkumbayev was arrested on suspicion of ‘intentional infliction of grievous bodily harm’ (Article 103, section 1 of the Criminal Code of the Republic of Kazakhstan). One of the parishioners of the church is Lyazzat Almenova; her mother claimed that Lyazzat Almenova currently suffers from mental disorder resulting from participation in pastor Kashkumbayev’s worship services. In October 2012, criminal proceedings were instituted against the pastor. Lyazzat Almenova herself demands in her statements to the prosecutor that the criminal case against the pastor be closed. She claims that her mother, a Muslim, addressed the police, because she cannot come to terms with the fact that her daughter adopted the Christian faith.

In October 2013, the younger sister of Lyazzat, Guldana Almenova delivered a speech ​​at the OSCE conference in Warsaw. She noted that the pastor of the Presbyterian Church ‘Grace’. Bakhtyzhan Kashkumbayev, is the main organiser of ‘destructive’ activities aimed at the evangelisation of the local indigenous population, which is Muslim, in the capital of Kazakhstan. Lyazzat noted that her sister had been subjected to pressure by members of the Department of the Interior, the National Security Committee of Astana with the aim of contriving a case.  Thus, the pastor’s prosecution may be related to the fact that she preached Protestantism among Kazakhs who are traditionally Muslim.

The Arrest and compulsory psychiatric examination of the PASTOR

On 19 May, 2013, the Almaty District Court No. 2 in Astana ruled to incarcerate Bakhtyzhan Kashkumbayev until 17 July, 2013. According to the charges filed against the pastor, under the guise of charitable and religious activities he was exerting psychological pressure on the congregation in order to collect donations for the association Astana Charitable Mission ‘Grace’. On 6 July, 2013, at the request of investigator Vyacheslav Glazkov, the same court prolonged the pastor’s incarceration until 17 August, 2013.

The investigator also asked the court to refer Bakhtyzhan Kashkumbayev for involuntary psychiatric examination. On 5 August, 2013, Bakhtyzhan Kashkumbayev, was admitted to the Republican Scientific and Practical Centre for Psychiatry, Psychotherapy and Addiction in Almaty.On the eve of his transfer to the psychiatric clinic, Bakhtyzhan Kashkumbayev issued a written statement in which he announced that he was going on hunger strike in protest. The pastor feared that investigators were intending to close the pointless criminal case against him under the pretext of his alleged mental disability. In connection with him being subjected to compulsory examination, on 8 August, 2013, Almaty District Court No. 2 in Astana ruled in absentiato further extend the pastor’s incarceration for another month.

As noted by the ‘Tirek’ organisation (dedicated to the support of political prisoners in Kazakhstan), the conditions of the pastor being remanded in a psychiatric hospital can be likened to torture. And so, the pastor was kept with persons, accused of very serious crimes (murder, rape), who clearly suffered from psychiatric disorders. The barred hospital chamber was located in the basement and had no lighting. The detainees were not even allowed to bring articles of prime necessity into the cell. Additionally, patients were administered injections with drugs that affect the psyche. Based on examination results, Bakhtyzhan Kashkumbayev was declared sane and mentally healthy.

Three years ago, Bakhtyzhan Kashkumbayev suffered a heart attack. The pastor has repeatedly written that he suffered from several serious diseases (chronic otitis, varicose veins). For nearly half a year, Bakhtyzhan Kashkumbayev was kept in a detention centre without being provided with medical assistance. It was only in December 2013 that the pastor started to be provided with medical care in the medical unit of the detention centre  in Astana. The ignoring of the health condition of Bakhtyzhan Kashkumbayev by the investigating authorities and delays in the provision of necessary medical assistance can be regarded as torture.

On 7 October, 2013, Almaty District Court No. 2 in Astana ruled to release the pastor, due to his poor health condition, altering the measure of restraint to house arrest. However, the next day, on 8 October, 2013, the investigator in the presence of the pastor’s counsel presented to Bakhytzhan Kashkumbayev a decision to initiate a new criminal case under Art. 233-1 of the Criminal Code of the Republic of Kazakhstan (‘Promotion of terrorism or extremism, or public incitement to commit an act of terrorism“). At the request of the investigator Vyacheslav Glazkov when investigating cases of causing grievous bodily harm, the expert analysis found ‘features of extremism’ in the activities of the Grace church.

Despite the previous decision to change the preventive measure to house arrest, on 21 October, 2013, the court ignored the health condition of the pastor and denied his release from custody.

Due to the pressure exerted by the investigator, attempts were undertaken to deny Bakhtyzhan Kashkumbayev the right to use the services of his counsel, Nurlan Beysekeyev. Upon presentation of a new charge, investigator Vyacheslav Glazkov announced to the counsel, that he could represent the pastor only in the case regarding the causing of grievous bodily harm. At the same time, both cases bore the same reference number, and so they should be treated as one. The pastor refused to use the services of counsel, Askar Usenbayev, called into the office, and insisted that his interests be represented by the lawyer of his choice, i.e. Nurlan Beysekeyev.

The investigator forced the pastor to sign the time schedule of becoming acquainted with the materials of the criminal case, according to which, the defence was supposed to read 17 volumes of the criminal file within 10 days. Lest we forget that Kazakhstan ratified the UN International Covenant on Civil and Political Rights, which requires the provision of sufficient time to prepare a defence. At the same time, on 10 December, 2013, the pastor’s counsel, Nurlan Beysekeyev was admitted to hospital; the pastor became aware of this fact only upon signing the time schedule. The pastor himself could not read the materials of the case file, due to ill health and lack of legal qualifications. The investigator appointed a new counsel for Kashkumbayev; however, up to the New Year, he hadn’t visited the pastor.

Court trials on criminal charges against Bakhtyzhan Kashkumbayev began 8 months after his arrest, i.e. on 22 January, 2014, in Almaty District Court No. 2 in Astana. Lyazzat Almenova, who was connected to the case as a victim and repeatedly stated that the pastor had not caused any harm to her health, could not give her testimony in court. Lyazzat Almenova’s interests were represented by her younger sister, Guldana, as Lyazzat was declared legally incompetent.

Lyazzat Almenova was repeatedly subjected to involuntary admittance to a psychiatric hospital. By the decision of 20 December, 2012, Judge of the Almaty District Court No. 2 in Astana, Gulzhakhan Ubasheva, authorised the involuntary admission of Lyazzat Almenova to a psychiatric hospital for examination. Based on the conducted examination, the victim was declared legally incompetent; yet, no court order has been issued in this regard. Lyazzat herself feels entirely healthy.

During the hearing, the pastor and his counsel Nurlan Beysekeyev demanded recusal of Judge Gulzhakhan Ubasheva for sanctioning Lyazzat’s placement in a psychiatric hospital, as well all members of the bench, as the court had previously ignored all complaints and appeals filed by the defence. As the motion was not granted,the pastor refused to participate in the judicial process and forbade his counsel from doing so.  On 4 February, 2014, the trial was resumed with a new counsel, who had been appointed for the pastor by court. According to counsel, Nurlan Beysekeyev, the court has no right to appoint a counsel for a defendant.

On 24 January, 2014, it was reported that the defendant, Pastor Bakhtyzhan Kashkumbayev, was acquitted on two charges: of extremist propaganda (Article 233-1, section 2) and leadership of an illegal religious association (Article 337, section 1). At the same time, the pastor’s counsel considers lawless the fact that he was absent at the session. Also, in early February, the prosecutor dropped the charge under Article 164 of the Criminal Code of the Republic of Kazakhstan (‘inciting social, national, ethnic, racial or religious hatred’).

Three charges against Bakhtyzhan Kashkumbayev were dropped due to the widespread publicity that the case has received. Kazakh human rights organisations, as well as the U.S. Commission on International Religious Freedom, Human Rights Watch and Forum 18 repeatedly pointed to doubtfulness and absurdity of the charges filed against the pastor, as well as to problems with the observance of the right to freedom of conscience in Kazakhstan.

Robert George, the chairman of the U.S. Commission on International Religious Freedom, in his appeal to release Bakhtyzhan Kashkumbayev, stated that the forced psychiatric examination resembled techniques used by the Soviet regime against dissidents. On 1 October, 2013, by the decision of the expert council ‘Tіrek’, Bakhtyzhan Kashkumbayev was recognised as political prisoner.

On 17 February, 2014, the Almaty District Court in Astana sentenced Kashkumbayev to 4 years’ imprisonment with probation for three years on charges of intentionally causing grievous bodily harm. The court also ordered the pastor to pay compensation to the ‘injured party’ in an exorbitant, (for Kazakhstan) amount of 2 million tenge (approx. 7890 euros). The Court ruled that Lyazzat Almenova “had been subjected to prolonged and continuing psychological impact of pastor B.K. Kashkumbayev for three years, which led the victim to mental illness in the form of paranoid schizophrenia…  The pastor labels the accusations against him fabricated.

The Open Dialog Foundation hereby draws attention to the fact that the case of Bakhtyzhan Kashkumbayev bears obvious signs of fabrication and violation of fair trial standards. Conditions of the pastor’s detention in a psychiatric hospital and detention centre can be likened to torture. We hereby call for the reconsideration of the case in the appellate instances and the conduct of an independent psychiatric examination of Lyazzat Almenova who is involved in the case as a ‘victim’, although she has no complaints against the pastor. The origin of Lyazzat’s certificate of legal incompetence is questionable and may be used to prevent her participation in court.

In recent years, Kazakhstan has shown a clear tendency to tighten state control over the religious sphere. The state controls the work of missionaries, puts strict requirements for the registration of religious associations, conducts ‘examination’ of religious literature. Formal restrictions lead to discrimination of non-traditional and small religious groups, as well as non-Muslim religions. We share the concerns of local and international human rights organisations regarding the increasingly frequent cases of religious persecution in Kazakhstan. We demand that the Kazakh people be allowed to freely express their religious beliefs.