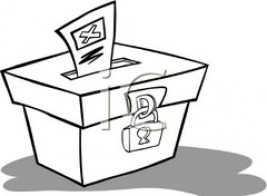 Biographical note: Gaziz Kamashevich Aldamzharov, born on October 31, 1947, he graduated from the Astrakhan Institute of Fish Industry (1972), machine engineer, politologist. First Secretary of the Central Committee of the Communist Party of Kazakhstan, an active worker in the public association “Khalyk Maidany” – “The People’s Front”.

The judicial decisions named above are illegal, they have no legal grounding and therefore should be repealed.

Mr. Aldamzharov was charged with taking part in the activity of unregistered public association “Khalyk Maidany” – “The People’s Front”, by which he committed an illegal administrative act. As a matter of fact, Gaziz Aldamzharov, like other members of the “Khalyk Maidany”, signed various petitions and declarations directed to some state bodies in order to eliminate violations of human rights which take place in across a range of  different issues.

It is worth mentioning that Gaziz Aldamzharov has never signed these documents on behalf of the Communist Party of Kazakhstan (the CPK), his signature has never contained his position in the CPK. Aldamzharov has not represented the Communist Party of Kazakhstan (the CPK) in the “Khalyk Maidany”, and he could not do so as the Charter of the CPK clearly states that in order for a person to represent the CPK in any public matter, the management of the CPK must make an official decision on the matter. No such decision has ever been made or even discussed.

This circumstance makes the action of prosecutors unlawful along with decisions of the courts that brought the CPK to responsibility as a legal entity because of the fact that Mr. Aldamzharov (as a individual) participated in the activities of the “Khalyk Maidany”.

When assessing this situation, one must analyse the different approaches of the prosecutorial bodies of Kazakhstan to the opposition movement “Khalyk Maidany” and to the pro-governmental Movement “Coalition 2020”:

– The Public Association “Coalition 2020». In December 2010, the political party “Nur Otan” (the party of the president of Kazakhstan, Nursultan Nazarbaev) declared the establishment of the “Coalition 2020”. On January 13, 2011, given the rights of legal entities and with declarations made in the mass media, five more political parties and approx. 600 different public organisations openly joined the “Coalition 2020”. They unanimously supported the notion of the “Nur Otan” to conduct a referendum on extension of presidential powers of Nazarbaev, without the necessity to organise the elections, until the year 2020. (hence the name: the “Coalition 2020»). This initiative, supported by all the members of Parliament, without exception, has been recognized by the Constitutional Court as non-compliant with the Constitution of the RK, but the Coalition 2020 has been maintained and is still in effect. The prosecutorial  bodies of Kazakhstan filed no legal objections  in this regard.

– The Public Association “Khalyk Maidany” – “The People’s Front”. In July 2011, an informal association of active citizens of Kazakhstan (individuals) announced the establishment of the Public Association “Khalyk Maidany” – “The People’s Front” (KM-PF).On August 08, 2011, a meeting of striking workers of Mangistau with the opposition organization “The People’s Front” was held in Aktau. After the meeting approx. 3,000 oil workers filed their declarations of disassociation with the governmental party “Nur Otan”. On August 09, 2011, exercising their rights of individuals, openly, with their statements made in mass media, the association “Halyk Maidana” was joined by the following social activists: S. Abdildin, G. Aldamzharov, B. Atabaev, A. Kadyrbaeva, Z. Mamay, I. Vinyavskyy, S. Sapargali, B. Duysembe, K. Takeeva, A. Artykpaev, G. Belyakov, A. Kurmanov, O. Akzhigit, M. Uatkan, V. Kozlov as well as E. Kaliev, A. Amirova, R. Simbinov , A. Abenova, Z. Doszhanov, M. Nistolyy, P. Kasimova, D. Zharylkasynova, I. Kakimova, S. Zhusip, F. Kasenova. The purpose of the association was to make a practical contribution to the democratization and modernization of the existing political system in Kazakhstan, and to unite members willing to actively contribute to these effortswithin the movement, under the current legislation of Kazakhstan.

Under these conditions, the action of the Prosecutor’s office, which persecuted and demanded the suspension of activity of the opposition CPK is clearly of a  political nature, and designed to thwart  an  opposition movement.

At present, a demand to review the situation has been filed in the General Prosecutor’s Office of the Republic of Kazakhstan:

In Article 36, part 2 of the CAO of the RK it is stipulated that “a legal person shall be subject to administrative sanctions for administrative violations, if the illegal act which is covered by a particular part of this section, was committed, authorized or approved by a body or  person exercising the functions of management in a legal entity.” In this case, since the CPK madeno decision (required by the Charter) on its activity in the “Khalyk Maidany”, it may not and should not bear any responsibility. Bringing of the CPK to accountability and the suspension of its activities, in accordance with the sanction of Article 374, Part 2 of  the CAO, is  factually and legally erroneous.

In 2007, the Communist Party of Kazakhstan refused to participate in the early elections to the Majilis of the Parliament as a sign of a protest against their unlawful extraordinary appointment. According to the law of the RK, their repeated non-participation in the next early elections to the Parliament due to the suspension of their activities will result in imposed liquidation of the CPK by the court. An order  of liquidation of the party may be served by the relevant prosecutorial body acting in the public interest.

The CPK will become the second party liquidated by the court by order of the state. The first party to be liquidated was The People’s Party “Democratic Choice of Kazakhstan,” in 2005 following the prosecutor’s order.

Recommendations: In light of the above it is necessary to address the government of Kazakhstan with a demand to observe the existing legislation and international standards in the sphere of human rights and the principles of the OSCE, as well as the commitments undertaken in November 2007 at the OSCE meeting in Madrid. It is necessary to insist upon  the prohibition of utilisation of the executive and judicial authorities as an apparatus of repression against opposition forces and parties and to make efforts to provide the CPK with the opportunity of participation in the next elections to the Parliament of the RK.

More on this topic:
Kazakhstan , Communist Party of Kazakhstan