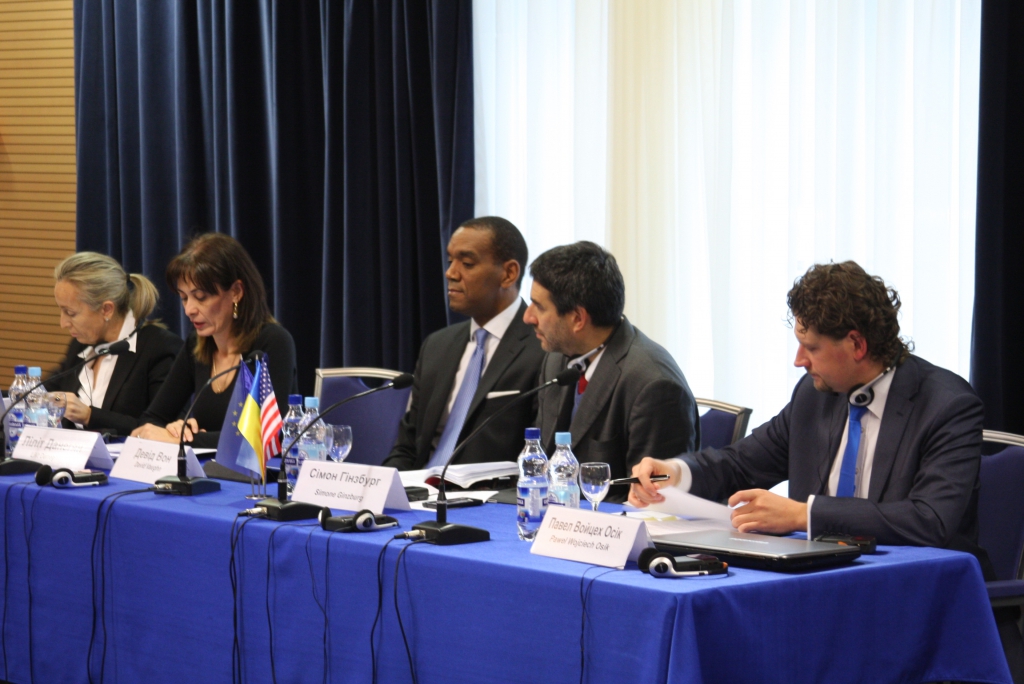 Agnieszka Piasecka, who on a daily basis monitors the implementation of the lustration reform, including the verification of the justice system, participated in a seminar entitled ‘Lustration of Judiciary: Ukrainian and International Practices’.

EU experts, including Professor Lorena Bachmaier Winter, an expert from the Council of Europe and a professor of law from the University of Madrid, and Paweł Wojciech Osik, a member of the Human Rights Commission of the Polish Bar Association, arrived in Kiev at the invitation of the Council of Europe and USAID – US Agency for International Development FAIR Justice Project, with the support of the Kiev office of the Open Dialogue Foundation.

A lively discussion led to the following conclusion: although lustration is an emotional process, if carried out correctly, it becomes simply a legal mechanism that secures the stability of the political transformation process.

Professor Winter, as an expert of the Council of Europe, emphasised that she is not entitled to tell Ukraine whether they should carry out the lustration process, that her role is to check the compliance of the lustration law with the guidelines set up by the Council of Europe. According to the expert, the current regulations may violate a number of principles present in the jurisprudence of the European Court of Human Rights in Strasbourg, such as the principle of avoiding collective responsibility before the law or the principle of avoiding self-incrimination.

The expected evaluation by the Venice Commission (advisory body to the Council of Europe), which analyses the Ukrainian lustration law, will be announced publicly on 12 December.

Tetiana Kozachenko, Director of the Lustration Department with the Ministry of Justice, stated that, regardless of the existing problems, the country needs a purification of the government and, consequently, appropriate procedures and mechanisms need to be implemented in this respect.

Representatives of the Temporary Committee for the Verification of Judges and the Supreme Council of Justice, the Supreme Court and the High Specialised Court of Ukraine were also present in the room. The lustration laws (the Law ‘On the Purification of Government’ and ‘On the Renewal of Trust in the Judiciary’) arouse the most controversy in the judicial environment, which, while defending itself against external verification, also relies on the implementation of internal disciplinary mechanisms.