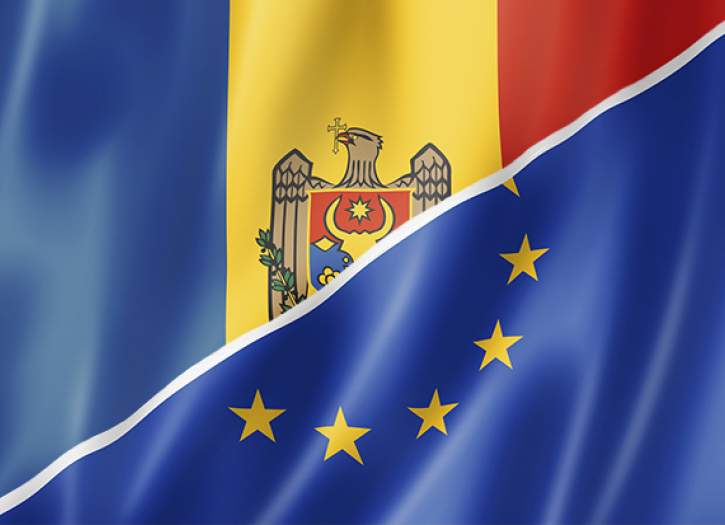 Unreformed Moldova and yet still captured. As a result of the parliamentary elections (24 February 2019), Vladimir Plahotniuc, who has been accused of usurping the power in the Republic of Moldova, was forced to flee from the country. Despite the mounting pressure from civil society and international partners, including the EU, the government coalition led by Maia Sandu, leader of the «Action and Solidarity» Party, failed to carry out essential reforms in Moldovan institutions.

The parliament’s vote of no-confidence in key Moldovan institutions (08 June 2019) – among others, the General Prosecutor and the top leadership of the Higher Judicial Chamber – and the resolution which recognised the republic as a “captured state” were not enough for Sandu’s coalition to remain in government. Eventually, the Socialist Party in cooperation with the Democratic Party ousted Sandu’s government by voting in favour of a no-confidence vote in parliament (12 November 2019). Hence, pro-Western democratic forces failed to purge representatives of Plahotniuc’s regime from the main state bodies and reform the justice system in Moldova, thus paving the way for a rapid return to corrupt and captive practices.

The newly established government headed by Ioan Chicu, former Dodon’s adviser, can be barely defined as “technocratic” or “independent” as the majority of the new ministers had previously either been advisors to Igor Dodon or, on the other hand, been connected with the government of Pavel Filip and the Democratic Party, controlled by Vladimir Plahotniuc. Therefore, the control over the state bodies, including the top leadership of the prosecutor’s office and the Constitutional Court, is now being de facto shared between the Democratic Party, President Igor Dodon and the Socialist Party.

Since then, the much needed judiciary reform has stagnated and a series of worrying attacks to the authority and the independence of the Constitutional Court and the Prosecutor General were denounced by representatives of civil society as well as judges.

Domnica Manole reported to the Council of Europe and the EU institutions that some of the judges of the Constitutional Court have been recently surveilled and tailed from Dodon’s cronies. Recently, the Constitutional Court delivered three decisions fundamental to the consolidation of Moldova’s rule of law which did not correspond to Dodon’s expectations. Among these are the return to a proportional voting system, the declaration of an unconstitutional 200 million euro loan from Russia and the denial of holding the parliamentary and presidential elections on the same day of the latter.

In the last few months, General Prosecutor Stoianoglo carried out substantial developments, including progress in the investigation into the “theft of a billion” and the closing of several politically motivated cases that were initiated under Plahtoniuc’s times, which partially restored the credibility of the institution. For this reason, civil society organisations reported a number of worrying pressures and attacks aimed at undermining the independence of the General Prosecutor from the side of Dodon and Plahtoniuc’s proxies. Some examples are media manipulation, the obstruction of the institution’s activities as well as the actions of prosecutors still under control of the former PD leader and oligarch Vladimir Plahotniuc devoted to interfering in public resonance investigations such as the great Moldovan bank robbery, corrupt schemes in the gas industry, contraband crimes and other criminal activities pursued by Plahotniuc’s allies.

Even today, the criminal prosecution of Vladimir Plahotniuc is being sabotaged by representatives of Moldovan authorities. On July 24, 2020, Interpol refused to add Plahotniuc’s name on the wanted list, most probably, due to insufficient documentation from the side of Moldovan authorities and under the influence of Vitalie Pirlog, Moldovan citizen and the Chairman of the Commission for the Control of Interpol’s files. His candidacy was supported by the Ministry of Internal Affairs, General Prosecutor’s Office and Ministry of Justice of Moldova – at that time controlled by Plahotniuc. It is important to note that Plahotniuc was announced on the international and interstate wanted list and has been placed on the U.S. (13 January 2020), Switzerland, and Lichtenstein (3 December 2019) sanction lists.

Previously, the former Anti-Corruption Prosecutor’s Office, Viorel Morari, and former General Prosecutor, Eduard Harunjen – both involved in corrupt schemes with Plahotniuc – attempted to obstruct the opening of a criminal case in Switzerland and the following criminal cases against the fugitive magnate: forming a criminal group, blackmail, fraud, money laundering (in particularly in large amounts) and unlawfully receiving a second Moldovan passport.

Similarly, as noticed by the Head of the EU Delegation to Moldova, Peter Michalko, the trial against Ilan Shor, the mastermind behind the “theft of a billion”,  which is being considered in the Cahul Court of Appeal, has been additionally postponed on unjustified grounds.

Pending cases of political prosecution initiated during Plahotniuc’s times. After Sandu’s government had come to power, some instances of politically motivated prosecution were stopped – the cases of judges Domnica Manole and Dorin Munteanu, counsels Veaceslav Ţurcan and Maxim Belinschi. The case of the lawyer Ion Crețu was sent to court for reconsideration.

Following the appointment of General Prosecutor Stoianoglo, the prosecution of the driver of the car who delivered sound amplifying equipment for the anti-government protest, Alexei Alexeev and that of whistle-blower and former head of the financial control service of the state enterprise ‘Post of Moldova’, Serghei Cebotari,was stopped. Equally, the cases of civic activist Ruslan Verbițchi andbusinessman and whistleblower, Valentin Eşanu. Moreover, the criminal case against the international human rights NGO, Open Dialogue Foundation, and her President, Lyudmyla Kozlovska, was closed by the General Prosecutor’s Office in May 2020, although the NGO has not received yet the official documentation concerning the effective closure of the case.

Nevertheless, many cases of criminal prosecutions on political grounds that had been initiated by the law enforcement bodies under Plahotniuc’s control continue until now – the cases of counsels Ana Ursachi and Eduard Rudenco, lawyer Alexandru Bernaz, civil activist Alexander Raichuk and opposition activist and whistleblower Gheorghe Petic. With respect to the case of Grigore Petrenco, which is being examined by the ECHR, the Ministry of Justice of Moldova refused to acknowledge a violation of the rights of the applicants on the part of Moldova. Episodes of harassment by means of unjustified fines against Alexandru Machedon, the owner of the group of companies ‘StarNet’ and main sponsors of opposition activities in the country, are ongoing.

In regards to the seven members of the Moldovan-Turkish Lyceum network Orizont that continue to be detained in Turkish prisons, no steps were carried out by Ioan Chicu’s leadership. The last attempt to conduct an impartial investigation into the circumstances that led to the kidnapping of the teachers between 6 and 7 September 2018 were done by Maia Sandu’s government. In June of 2019, the ECHR ruled that Moldova had violated the rights of the expelled citizens of Turkey and obligated the Moldovan authorities to pay them a monetary compensation. Yet, Moldovan authorities have not complied with the ECR decision and the ex-director of the Information and Security Service (SIB), Vasile Botnari – who had adopted the decision on expulsion under political pressure – remains unpunished.

Lastly, no updates on the state of the case against prosecuted civil society activist, Alexander Raichuk, have been reported to ODF.

The pandemic revealed the weakness of the Moldovan healthcare system due to rusty machinery and lack of basic sanitary necessities. This was confirmed by a team of 42 Romanian doctors who arrived in Moldova on 30 April 2020 in the context of a volunteering mission. They denounced the critical conditions of the hospitals as well as the high rate of COVID-19 cases among doctors and medical staff. Similar testimonies reported by independent media or on social media were made public and caused a hostile reaction from the side of PM Ioan Chicu. Worryingly, President Dodon blamed the Moldovan citizens and the diaspora willing to return home for burdening the health system,  which was already fragile before the pandemic.

Medical workers have faced risks on a daily basis as many hospitals lacked sufficient protective equipment and were not properly trained to cope with the pandemic. Doctors and medical staff were often intimidated and threatened by their administrations. Additionally, actions which might have compromised the false image promoted by the authorities were penalised. For example, the former director of Republican Clinical Hospital, Anatol Ciubotaru, was dismissed on March 26, 2020, for organising private laboratory testing of employees who were taking care of patients infected with COVID-19 (the results confirmed 4 cases of infection). The Committee on Exceptional Situations decided upon his dismissal, categorising his action as outside the existing protocol. Similarly, on 11 April 2020, Eugen Cebotari, a medical assistant, was threatened with dismissal because of a criminal lawsuit after he posted a video on social media showing the inappropriate protective equipment and the poor quality that his emergency station provides the teams with. The video came as a response to the declarations of the Minister of Health who claimed that medical workers are properly equipped and they are solely responsible for being infected as they do not follow the rules.

The Moldovan media landscape is still characterised by concentration of media ownership and the use of manipulation and propaganda techniques. Currently, the Socialists control two media holding, Exclusiv Media SRL and Telesistem TV, three TV stations which broadcast programs from TV stations in the Russian Federation (Accent TV, NTV-Moldova, and Exclusive TV), two newspapers (Argumenti i facti and Komsomoliskaia Pravda v Moldove) and one webportal – actualitati.md. The joint report revealed that these channels, having preferential treatment, have portrayed the authorities’ crisis management as successful and facilitated the manipulation of the public opinion.

On 24 March 2020, during the state of emergency, the President of the Audiovisual Council of the Republic of Moldova, Dragoș Vicol, made a worrying attempt at media censorship. The released provision stated that all media outlets were obliged to present solely the official position of the competent public authorities on the pandemic situation. Furthermore, contrary to the right of freedom of expression, journalists would not have been allowed to express personal opinions on this topic. Eventually, pressure from media outlets, NGOs, and political analysts resulted in the reverse of the proposal by the Audiovisual Council as it contained clear elements of censorship. However, the recent statements of a Member of the Audiovisual Council, Ala Ursu-Antoci, about “teaching journalists” not to criticise institutions threatens the freedom of the press.

Nevertheless, the authorities were accused by Moldovan media organisations of a lack of transparency about the real situation of the pandemic. Previously, the government had condemned the press for critical coverage and referred to the media’s incapacity to properly inform the citizens. This is not true as no mechanisms were implemented for allowing journalists to ask live questions during the online press briefings. Media organisations and institutions have been demanding at least one weekly online press conference with journalists’ participation.

As highlighted in a report by Promo-Lex, the Republic of Moldova has been under harsh scrutiny by the UN Committee against Torture which highlighted a number of concerns in relation to the poor prison conditions in the country. Among these are the low standards of medical assistance in penitentiary facilities, in particular in pre-trial detention facilities, which have significantly worsened during the pandemic. Although no official data about the number of COVID-19 cases were made public, the Council for the Prevention of Torture published the findings of the visit to the Detention Centre of Chisinau of June 2020 highlighting the lack of any preventive measures against the new virus and the absence of medical staff after 17:00 and on the weekends. One of the most striking cases is that of Oleg Pruteanu, accused of drug trafficking, who contracted COVID-19 and spread it among his cellmates after judges speeded up his trial and forced the lawyers and prosecutors to be present in the courtroom during the quarantine in Buiucani District Court. According to Pruteanu’s lawyers no sanitary rules, including wearing masks and providing adequate distance between arrested people, were respected. He was recently released after being illegally detained for 35 months.

The Open Dialogue Foundation values the proactive and public approach of the EU Delegation to Moldova and recommends the EU institutions to: