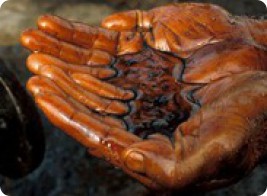 Meeting of representatives of authorities with protesting workers in Mangistau

– First Deputy of the Minister of Labour and Social Protection of the Population of Kazachstan, Birzhan Nurembetov,

– The Akim of the city of Zhanaozen, Orak Sarbopeev,

– Representatives of the General Prosecutor’s Office and other governmental bodies.

The official name of the meetings given by the authorities was a “session of the command staff for work with the population of the city under the leadership of the Vice-Minister of Labour and Social Protection of the Population of Kazakhstan, Birzhan Nurembetov with the participation of a big group of ex-workers of the PB “OzenMunayGaz”, who were dismissed for participation in an illegal strike”. The demand put forward by the protesters to give the negotiations a legal status currently remains unanswered.  On the first day of negotiatons, i.e. on November 14, 2011, the JSC “Razvedka Dobycha KazMunayGaz” was represented by Askar Aubakirov, a Deputy of the General Director for Corporative Development.

During the 3 days of negotiations, the following issues were discussed:

1. Restoration of the dismissed workers to their workposts according to their specilization (the dismissed refused to work in 230 low-paid positions which were out- of-line with their skills and experience offered to them by the JSC “Razvedka Dobycha KazMunayGaz”).

2. Use of the branch multiplier of 1,8 and 1,7 and exclusion of the offer of alternative employment previously made to the  dismissed workers from  negotiations;

3. The release of Natalia Sokolova from prison.

According to the words of those who continue the protest on behalf of the dismissed workers, all the meetings were documented/recorded by the services of the National Security Committee. After the meetings were over, the most active speakers on behalf of the workers were called for a “conversation” with the security services  during which insistent recommendations  for them to “keep quiet and not to spread the attitude of protest among the masses” were made. Talgat Saktaganov, the representative of the protesting workers of the PB “OzenMunayGaz” was invited to such a “conversation”.

The protesting workers state that Birzhan Nurymbetov admitted the fact of the strike and proposed to the workers a full restoration to their work, but excluded the possibility of using higher multipliers of 1.8 and 1.7 in their wages. The strikers have refused this offer for now, but it is possible that fresh negotiations will follow.

It is important to note that the representatives of the strikers, in their opinion, succeeded to prove to Birzhan Nurymbetov that the issue  of the final dismissal of many of them was still not settled, since many of the dismissed workers have commenced litigation against their former employer.The Vice-Minister accepted the arguments of the workers which is evident of   the government’s recognition  of the strike which has been ongoing for the last 6 months. As a sign of “reconciliation”, according to the oil workers, Nurymbetov offered the representatives of the strikers the option to restore all the dismissed workers to their workposts, but under the condition that they perform their duties  in return for receipt of  their previous wages and without use of the higher multipliers.

The offer was rejected as  the workers believe that if the principle  demand of the oil workers of the JSC “Karazhanbasmunay” will be fulfilled, then Natalia Sokolova, the lawyer of the labour union will also be released. Let us remind ourselves that  it was this very labour dispute concerning the demands to use higher multipliers for harmful work conditions, put forward by the labour union lawyer, that started the altercation  between the workers and the employer represented by its  Chinese managers. Release of Natalia Sokolova, the lawyer is right now one of the most critical and controversial   topics of the negotiations.

After the decisive refusal of the protesters to be re-employed on non-profile “alternative workposts”, during the next few days (on November 15 and 16) Birzhan Nurymbetov did not take part in the discussion; although he was  present at the meetings.

A pertinent point of the previous “preliminary negotiations” was the fact that the first deputy of the Minister of Labour has failed to commented further regarding assistance in the re-employment of the dismissed workers as a result of a mass lockout in different enterprises. A significant change of rhetoric on the part of the authority has been denoted. It is worth mentioning, that earlier Timur Kulibaev the head of the Foundation “Samruk-Kazyna” declared that the strikers will not be re-employed, because “they violated the labour law”, and that the labour conflict has been resolved.

On November 15, Askar Aubakirov, Vice Deputy of the General Director for Corporative Development (JSC “Razvedka Dobycha KazMunayGaz”) proposed to organize additional negotiations on November 23, in order to discuss, in detail, all the demands of the striking workers of the PB :OzenMunayGaz”, JSC “Karazhanbasmunay” and auxiliary enterprises with equal participation of the representatives. The question of the fate of the dismissed participants of the protest of the enterprise Ersai Caspian Contractor  (Italian holding company ENI) remains open.

The date of November 23 was agreed  on November 16, 2011 as the protesters  requested time to prepare for the meeting,  in order so they could  consult with  their lawyers and economists as well as  a wide range of observers during the next rounds of  negotiations.

Due to non-determined powers and lack of legal status, the coming negotiations do not guarantee the discountinuance of the strike and fulfillment of the interests and demands of the strikers, as many issues of conflict remain outstanding between the two parties.

In the event of further aggravation of the crisis in the country, possibility of the outbreak of further strikes in other branches and regions and due to the coming elections and attention of the international community (including preparations of a draft of the future agreement on cooperation between the EU and Kazachstan, the coming dialogue on human rights with the representatives of the European Commission on November 30, 2011 in Brussels, a desire to jon the WTO) political elites will be willing to try to resolve the conflict immediately. And since the forceful suppression of the strike may result in a revolt and mass public disorder, it is necessary to enlist the help of “mediators” in order to foster an environment whereby agreement between the parties can be made.   Under such conditions, aid provided by the international community will help Kazakhstan to “save its reputation” and at the same time resolve the conflict.

More on this topic:
Zhanaozen , Mangistau