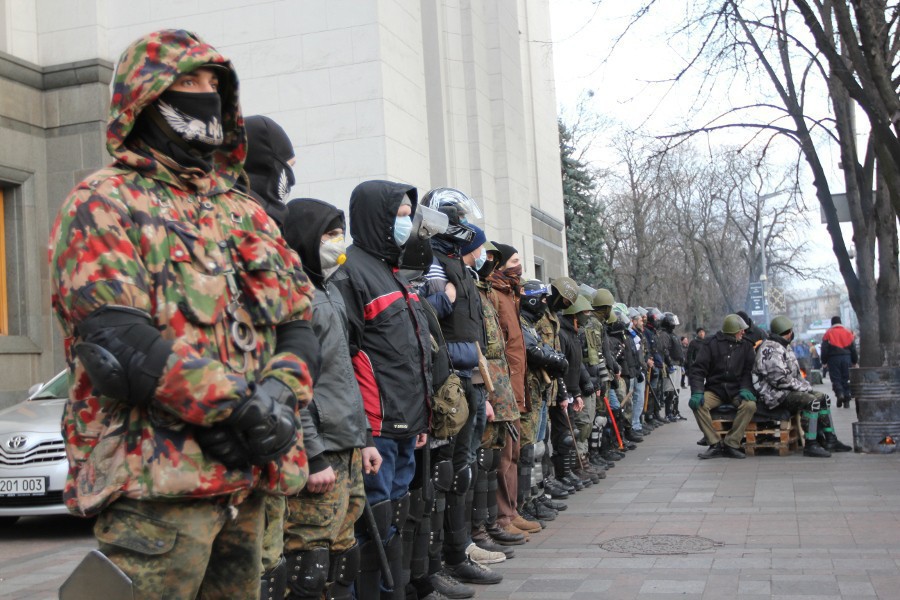 On 1 April, 2014, the Verkhovna Rada of Ukraine is to vote on the adoption of the Law ‘On the rights and freedoms of citizens in the temporarily occupied territory of Ukraine’. Some provisions of the new law raise serious concerns among human rights activists. If they are adopted, the Crimea will become completely isolated from the rest of Ukraine. There is reason to believe that this could destabilise the situation in South-Eastern Ukraine.

The author of the draft law is a member of parliament from the party ‘Batkivshchina’ [‘Fatherland’], Sergey Sobolev. This document has already faced a wave of criticism from the Ukrainian civil society and human rights defenders. The negative assessment of the draft law was also given by the UN Refugee Agency. The main concern was raised by the following provisions of the draft law:

Such steps would significantly restrict the rights of citizens living in the occupied territory, which could transform into a large-scale humanitarian disaster. Adoption of the draft law in the current reading would completely paralyse transport links to such regions (in particular, it would significantly curtail the delivery of food and medicine). Also, virtually, any activity (whether economic or civil) of residents of the occupied territory would be outlawed, as it could be regarded as cooperation with the occupying authorities.

The UN Refugee Agency is particularly concerned about the potential restriction of the freedom of movement. “Such restrictions may make it difficult or virtually impossible for some people to re-join family members, seek medical attention or take care of their property back in Crimea. International standards require that displaced people should enjoy freedom of movement, as is also the norm under Ukrainian law,”- the statement of the Agency reads.

Representatives of the Ukrainian community are strongly dissatisfied with the draft law, also because it ignores a number of essential issues. For example, the draft law does not address the issues of electoral legislation (early presidential elections in Ukraine are scheduled for 25 May, 2014), questions regarding the payment of wages and pensions, the retainment of Ukrainian citizenship or the rules of conducting banking activity in the Crimea.

The Open Dialog Foundation hereby warns Ukrainian authorities against adopting the Law ‘On ensuring the rights and freedoms of citizens in the temporarily occupied territory of Ukraine’ in the current reading, as it can have irreversible consequences and lead to a humanitarian catastrophe in the occupied territories.

Ukraine recognises Crimea as its territory and therefore should not isolate residents of the peninsula from itself and the rest of the world. This may lead to further destabilisation of the situation, also in south-eastern regions of Ukraine. Decisions on such complex issues should be made taking into account national interests and rights of the population of the occupied territories.

We believe that this draft law should go through additional stages of public debate and be subjected to public consultation of experts. Also, it must be submitted for assessment of the Venice Commission. It is only after these procedures that the draft law can be put to vote in Parliament.

More on this topic:
Crimea