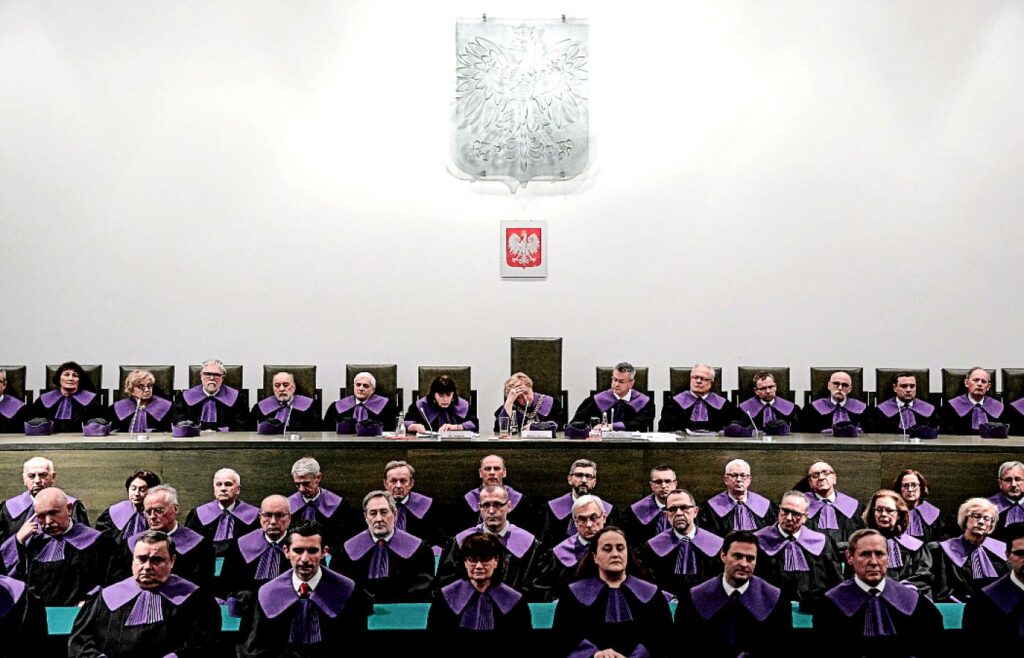 We appeal to the independent judges of the Supreme Court

On our initiative, on 7 May 2020, several hours before the scheduled election of candidates for the new president of the Polish Supreme Court, experts, judges, prosecutors and NGOs appealed to its judges to continue the fight for independence from political pressure.

The appeal was addressed to the judges of the Supreme Court sitting in the Civil Chamber, the Criminal Chamber and the Labour and Social Security Chamber. It is in these chambers that senior judges of the Supreme Court sit, appointed at the request of the legitimate National Council of the Judiciary before its politicisation and subordination to the PiS party in 2018.

The open letter draws attention to the appointment of a former Ministry of Justice official, Kamil Zaradkiewicz, who is fully available to the government, to the position of the acting First President of the Supreme Court, which does not exist in the Basic Law. His task will be to convene a general assembly of judges and bring about the election of the First President of the Supreme Court, who will be equally loyal to the party authorities, the government and the current parliamentary majority:

Currently, a party functionary, appointed in violation of the Constitution and the rules of appointment of judges in a democratic state, is attempting to control the Supreme Court. This person not only reverses the decisions of the legal First President of the Supreme Court, ignoring the judgements of the Court of Justice of the European Union, but also symbolises a lawyer who sold his legal integrity for political loyalty. His actions are intended to lead to political subordination, destruction of authority and marginalisation of the SC – an independent EU court – in the international arena. Thus, the process of subjecting the Polish judiciary to the control of the current ruling party and its subordinate authorities will be completed.

The authors of the appeal question Zaradkiewicz’s right to hold this position and also challenge – in the light of the Polish Constitution, the CJEU rulings and the Supreme Court’s own resolution of 17 January 2020 – the empowerment of judges from the so-called new chambers of the Supreme Court:

The so-called Disciplinary Chamber and the Chamber of Extraordinary Control cannot be regarded as independent courts in light of the Constitution and CJEU rulings, nor their members regarded as Supreme Court judges. We are convinced that all possible steps should be taken to remove them from any judicial activity and functioning within the Supreme Court. This can be done by assessing the already submitted interim measures, which indicate the deficiencies in their status. We can not overestimate the importance of such decisions in the face of the controversies related to the upcoming presidential elections in Poland.
That is why we appeal to the judges of the Supreme Court to take any steps necessary to halt the process of destroying one of the last and key pillars of the democratic state of law.

In this appeal we also raise the issue of the importance of the independence of the Polish Supreme Court and its judges in order to ensure the legal order of the European Union.

The letter was published in Polish by, among others, the OKO.press portal, Onet and Gazeta Wyborcza. The English version was published on the legal portal Verfassungsblog.