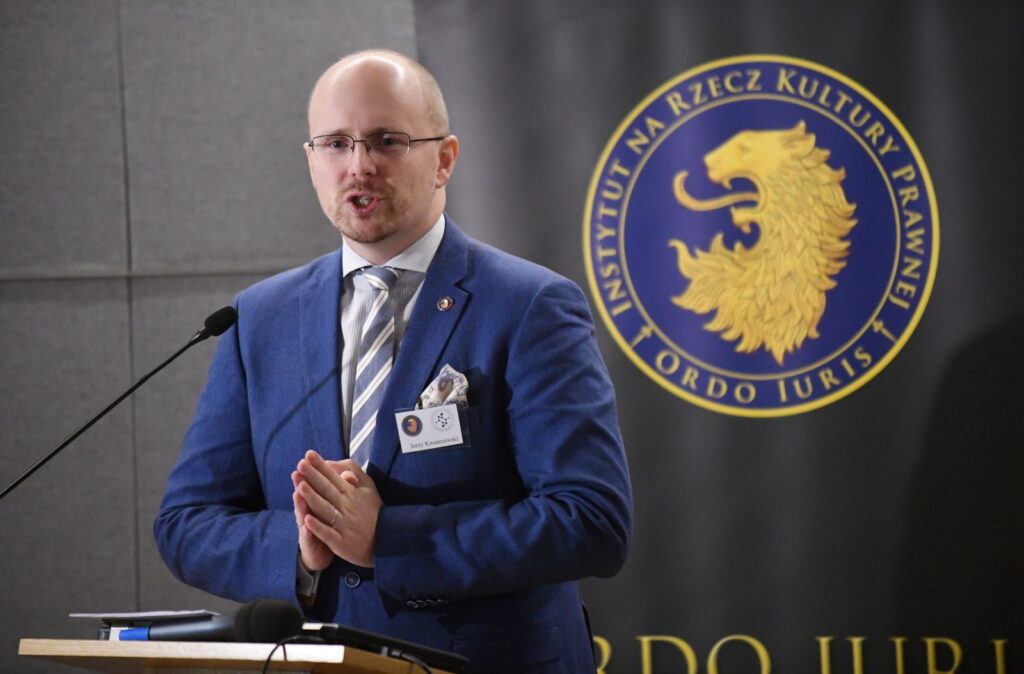 Our friends at Solidarity Action Brussels were recently successful, with our support, in their campaign against Ordo Iuris’s EU representatives. After laying a wreath in memory of women’s rights at their office’s doorstep and informing the building’s managers who they were subletting their office space too, Ordo Iuris’s rental contract was swiftly terminated. The company managing the building, Silversquare, stated their clear disapproval of the organisation’s involvement in limiting women’s rights in Poland. We then vowed to make sure that the hateful organisation never feels welcome in the city again.

Unfortunately, the Institute is still highly active lobbying Members of the European Parliament and the European Commission, enjoying privileges of their registration in the EU Transparency Register. But considering it obscures both its links to malicious foreign actors, as well as its true goals and activities, we are convinced it violates the Transparency Register Code of Conduct and should therefore be investigated and subsequently removed from the TR, as it has no place having unrestricted access to EU institutions and policymakers.

To this end we drafted an official complaint, which we submitted to the Joint TR Secretariat, EC Vice President for Values and Transparency Věra Jourová and the EC’s Secretary-General. The letter was officially initiated by MEP Róża Thun and signed by 38 MEPs from 5 main parliamentary groups, including, among many others, EP Vice-President Fabio Massimo Castaldo, the leaderships of the LGBTI and Children Rights Intergroups, the Chairs and Vice-Chairs of the Committee on Women’s Rights and Gender Equality and the Subcommittee on Security and Defence, the Chair of the Democracy, Rule of Law and Fundamental Rights Monitoring Group and numerous members of the Committee on Civil Liberties, Justice and Home Affairs.

In light of the EU’s claimed commitment to protecting its core values, especially in the areas of preventing discrimination and safeguarding women’s rights, we are counting on the Commission to take the matter seriously and discontinue granting privileges to an organisation damaging these values and undermining the EU’s integrity.

Below is the full complaint: