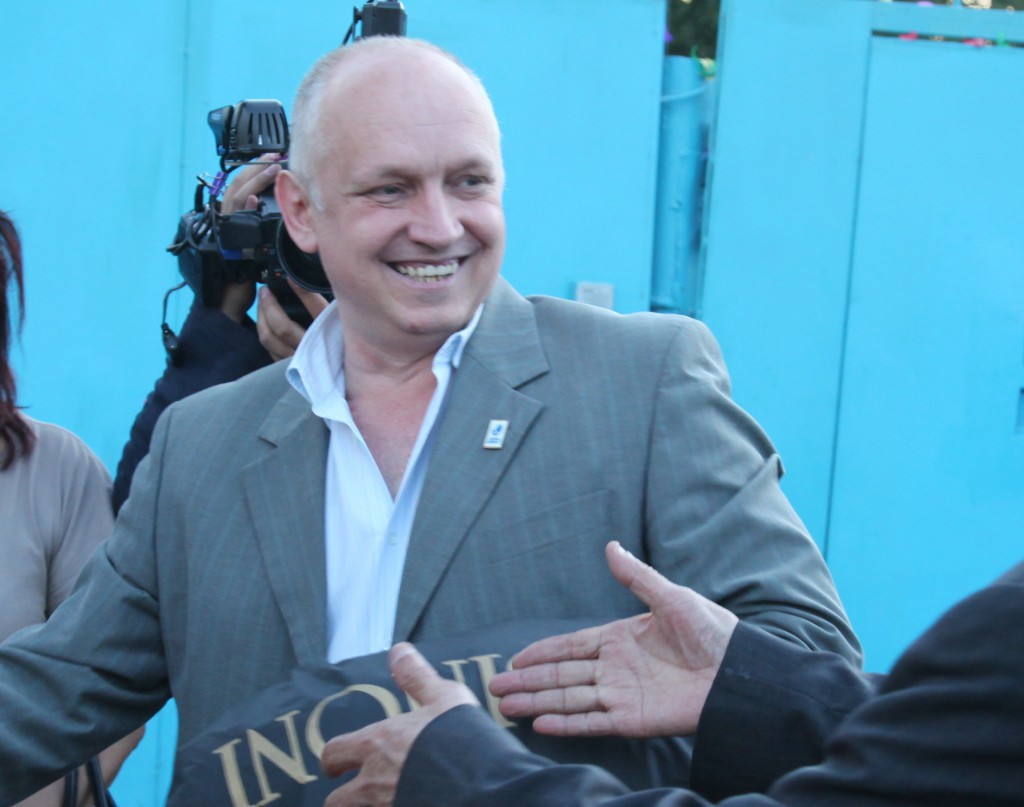 Citing the independence of thought and action as a fundamental condition for the existence of a democratic state, we hereby call for the cessation of oppression against opposition political activists. A partnership-based dialogue between the opposition and the authorities along with an opportunity to freely participate in public life constitute rights which are owed to each and every individual.

In the trial of Vladimir Kozlov, the leader of the democratic opposition in Kazakhstan, rights such as freedom of speech, the right to a defence and presumption of innocence were brutally violated.

Vladimir Kozlov is the leader of the largest opposition party, Alga, whom the Kazakh authorities, despite many years’ efforts, did not grant permission for formal registration. Alga! and its activists took up the challenge of mobilising Kazakh society to oppose the repressive government policy and to expose the authoritarian nature of Nazarbayev’s government on the international scene.

Since 23 January, 2013, Vladimir Kozlov has been incarcerated. He was sentenced to seven years and six months’ imprisonment with confiscation of property on charges of inciting social hatred, calling for the overthrow of the constitutional order as well as the establishment and management of an organised criminal group during the tragic events of Zhanaozen, 2011.

By decision of the Ministry of Internal Affairs of Kazakhstan, the oppositionist was sent to a penal colony in Petropavlovsk, located in the North Kazakhstan Province, located more than 2500 km away from his last place of residence. This decision is contrary to the current law in Kazakhstan, according to which a convicted man should serve his prison term within the area of his last residence (in Kozlov’s case, the city of Almaty). The decision of the authorities significantly hinders Kozlov’s ability to maintain contact with his family, and soon, due to the pregnancy of his wife Aliya, contact may become virtually impossible.

The oppositionist has already served one year and seven months of his sentence, all the time being subjected to harassment by the administrative authorities of the prison, including a denial of access to appropriate medical care and limiting of his opportunities to meet his family and receive parcels. His family members have also been subjected to numerous acts of oppression.

The allegations made against Kozlov are contrary to the treaties on human rights which Kazakhstan has signed. Moreover, international human rights organisations such as: Amnesty International, Freedom House, Human Rights Watch, the Norwegian Helsinki Committee and other associations have reported numerous violations, which call into question the validity of the judgment. The violations included, in particular, attempts to force confessions, a drastic reduction of the period allowed for familiarisation with the indictment act, restriction of access to lawyers and detention under inhumane conditions. The release of Vladimir Kozlov has also been demanded by MEPs by virtue of resolutions addressed to the European Commission. Concern was also expressed by Catherine Ashton, Riccaro Migliori, Ian Kelly, Hugh Williamson, Marcin Swiecicki, Adam Michnik and Marcus Löning.

Vladimir Kozlov supported oil workers in Zhanaozen, who fought for fair salaries and better working conditions. The workers’ demands were fully justified, and so was the support, provided to them by Kozlov. When in mid-2011, a strike broke out in Zhanaozen, the Alga! party, headed by Kozlov, provided the striking workers with water and food supplies, it also organised training aimed at maintaining the peaceful form of protest; over the seven months of the strike’s duration, no cases of its participants violating public order were reported.

The verdict in Kozlov’s case was purely political – it is the price which the oppositionist is paying for his open criticism of Nazarbayev’s presidential dictatorship. The Kazakh judicial system was utilised in order to stifle the voice of the opposition.

Therefore, we – the international community, supported by foundations and human rights organisations -demand the release of Vladimir Kozlov or revision of the verdict, handed down against him without the right to a fair and transparent judicial process. We also demand his prompt transfer to Almaty Province, pursuant to Article  68 of the Code of Criminal Procedure, which provides that the sentence must be served in a prison most proximate to the convict’s last place of residence.

We believe that Kozlov’s release would help to pave the way towards Kazakhstan’s democratic order.