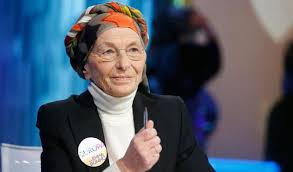 On 25 November 2020, Italian Senator and Member of the Special Commission on Human Rights, Emma Bonino, submitted a written question (WQ) to Italy’s Minister of Foreign Affairs and International Cooperation, Luigi di Maio. The WQ is particularly focused on the case of the political killing of Zhanbolat Agadil and the request for individual sanctions on violators of human rights in Kazakhstan.

In her appeal, Senator Bonino demanded Italy’s MFA whether “the Government intends to take to urge the respect for human rights in their country, publicly condemn the above-mentioned facts and call on the government of Kazakhstan to comply with its obligations under the Enhanced Partnership and Cooperation Agreement between the European Union and the Republic of Kazakhstan”.

In the text of the WQ, Senator Bonino – who dedicated her political career to numerous human rights campaigns, including Alma Shalabayeva’s repatriation back in 2013 – pointed out how the Kazakhstani government represses regime critics through the abuse of judicial cooperation instruments outside its borders and systematically persecutes dissenting voices within the country. In particular, she highlighted how these persecutions have intensified against thousands of civil activists, human rights defenders and users of social media platforms, most of whom are at risk of  long-term imprisonment under “extremist” accusations. In fact, she stressed that at least 74 criminal proceedings have been initiated against this category of people for their support to the “Democratic Choice of Kazakhstan” and “Koshe Partiyasy” peaceful opposition movements, whose peaceful nature had been reiterated by the European Parliament in its urgent resolution of 14 March 2019.

The Italian Senator equally highlighted various cases of concern caused by the repressive modus operandi of the Kazakhstani government, such as the increasing number of political prisoners, 23 in total, “held in prison centres where the use of torture is widespread and anti-COVID-19 measures are almost non-existent”. The WQ also made reference to the political killings of human rights activists Serik Orazov, Amanbike Meirkhanova, Garifulla Embergenov, Dulat Agadil and his 17-year-old son, Zhanbolat Agadil. She underlined that these deaths were all registered in 2020 and are the result of the actions of internal state bodies. Moreover, she condemned the persistent surveillance on the family of the murdered blogger, Dulat Agadil, and the criminal prosecution against at least 55 activists who took part in solidarity or fundraising actions in support of Agadil’s family.

Importantly, within the framework of the campaign for the adoption of an US-like Magnitsky legislation in Italy, initiated by human rights NGOs such ODF and the Italian Federation for Human Rights, Senator Bonino asked the MFA whether the Minister “intends to support the proposed law ‘Provisions to combat international human rights violations’ submitted in the Senate of 6 March 2019 (DDL S. 1126)”. As explained in the WQ, this particular law is aimed at “introducing the possibility of individual sanctions for those responsible for serious human rights violations or acts of systemic corruption, which already has been in force in several consolidated democracies, and in the process of adoption at EU level”.