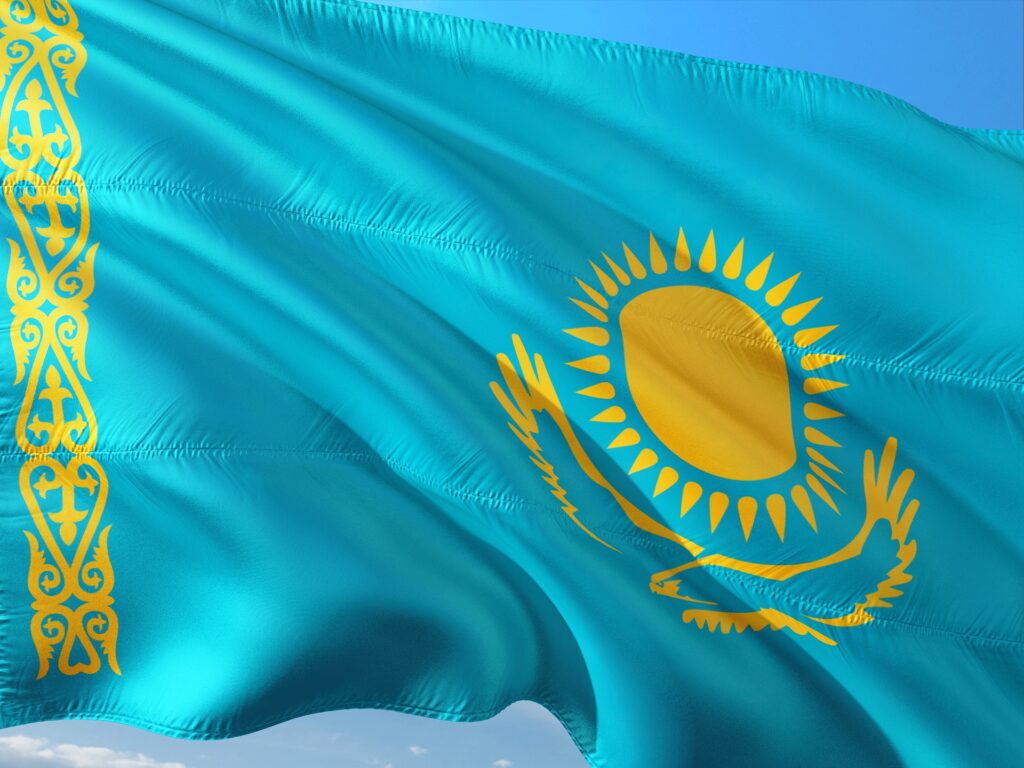 Kazakhstan’s Kafkaesque dictatorship: the authorities “playing rodeo” with its critics

On 21 December, armed to teeth Kazakhstani officers stormed the houses and farms of Eric and Kalyk Mendygaziyevs. As the official line went, they were investigating the theft of 10 horses. In a rush to find them, they checked all the usual places: wardrobes, baths, and sofas – not bothering to visit the stables… This ludicrous operation of the security forces has taken aback even the horses’ owner himself, stunned that the theft was used as a pretext for harassment of his fellow farmers. Yet, this kafkaesque sequence of events has become depressingly familiar to those monitoring the ways and means of pursuing the opponents and critics of the regime. And, although the story sounds all Borat, unlike Borat that is just a comedy, the ongoing situation in the country is a far cry from it. The odd “rodeo” played by the authorities is really just another attempt to silence Eric and Kalyk’s close relative and human rights defender, Barlyk Mendygaziyev.

To unwrap this absurd story: on Monday, 21 December, armed security services conducted simultaneous searches in five properties belonging, or otherwise connected, to Eric and Kalyk Mendigazievs, and located as far from each other as 80-100 km (50-62 miles). Officials, as they claimed, were looking for stolen horses. For the purpose of conducting the search after the missing livestock, special units were formed, each consisting of 7-12 operatives from the following forces: police, the former Soviet KGB – National Security Committee (NSC), and armed officers, most likely, from the infamous special police unit, SOBR/OMON (they remained unmarked).

Regarding the search at Kalyk Mendygaziyev’s properties: the security forces broke into his house and farm in Petrovo, and to his house in Uralsk that is inhabited by people who have no direct connection with him. Most absurdly, the police did not bother to visit Kalyk’s stable. Instead, they “were looking for horses” under sofas, carpets, wardrobes and beds in his family house, and confiscated his hunting gun – that was officially registered, and stored in a safe. At the time of the search, Kalyk, who suffers from a category 1 disability, moves on a wheelchair, and is practically blind, was in the hospital. Women and children present in the house were forbidden to leave for school.

As mentioned, at the same time, the security forces stormed into the location of Eric Mendygaziyev. With the authorities finding him in a place where he is not officially registered as a resident, it is likely that he has been previously put under surveillance. Although the intruders provided the search warrant, they forbade Eric to call a lawyer, or record the operation, taking his and one of his employees’ cellphones. Similarly as in Kalyk’s case, the officers proceeded with the search, checking places where it is unlikely to find horses, incl. showers and closets. When Eric offered the officers to go to a barn where he keeps his horses, they showed no interest in doing so. They also confiscated Eric’s hunting knives and guns, for which he has a permit.

Both Karlyk and Erick link the search with the persecution of their close relative, Barlyk Mendygaziyev. Kalyk is the second oldest of Barlyk’s five brothers, and Eric is a younger cousin of Barlyk. They are both farmers, breeding cattle and cultivating the land. Furthermore, as it turned out, the owner of the stolen horses, Dauren Batyrkhanov, was also puzzled by his missing claim being utilized to harass the Mendygaziyev family, with whom he is friends with.

As a reminder, the persecution of Karlyk and Eric comes just three weeks after the illegal ride of the KSS company, formerly owned by Barlyk Mendigaziev. On November 6th, the office was illegally searched with many of the employees being interrogated for hours in absence of lawyers and threatened in order to provide false testimony against Barlyk. The authorities now attempt to freeze the company’s accounts. Most likely, the regime tries to illegally take over the businesses (a phenomenon known in the post-Soviets as “reiderstvo”). KSS is a champion of environmentally-friendly oil waste management, being the exclusive provider of such services to international corporations like Chevron, ExxonMobil, or Shell. As such, it is particularly attractive to the son-in-law of former President Nazarbayev, Timur Kulibayev, who controls the entire oil and gas industry in Kazakhstan, and stands behind the prosecution of KSS.

Barlyk Mendygaziyev, a respected entrepreneur, philanthropist and activist had fallen out with Kazakhstan’s authorities for his human rights and charity activities. Among others, he – and some of his brothers on his behalf – were wiring money to politically persecuted activists, human rights defenders and political prisoners. He now faces up to 12 years of imprisonment based on bogus charges of, i.a., creating a “criminal group”. He was also put on the INTERPOL’s wanted list. With Barlyk remaining outside of Kazakhstan, the authorities resorted to its modus operandi of seeking to take his colleagues and relatives hostage as revenge.

On 22 December, former Project Director of the Freedom House Programme in Kazakhstan, Antonio Stango, and human rights activists from Kazakhstan, Daniyar Hasenov and Aigul Pavel  listened to evidence provided by Kalyk and Eric. All of them, as well as the Open Dialogue Foundation (ODF), Italian Federation for Human Rights (FIDU), and a number of Kazakhstan-based human rights organisations, movements and activists perceive these new cases of prosecution as politically motivated. We also estimate that a total number of individuals repressed in connection with Barlyk Mendygaziyev’s case has now reached at least 10 individuals, Most likely, it will only continue to grow.