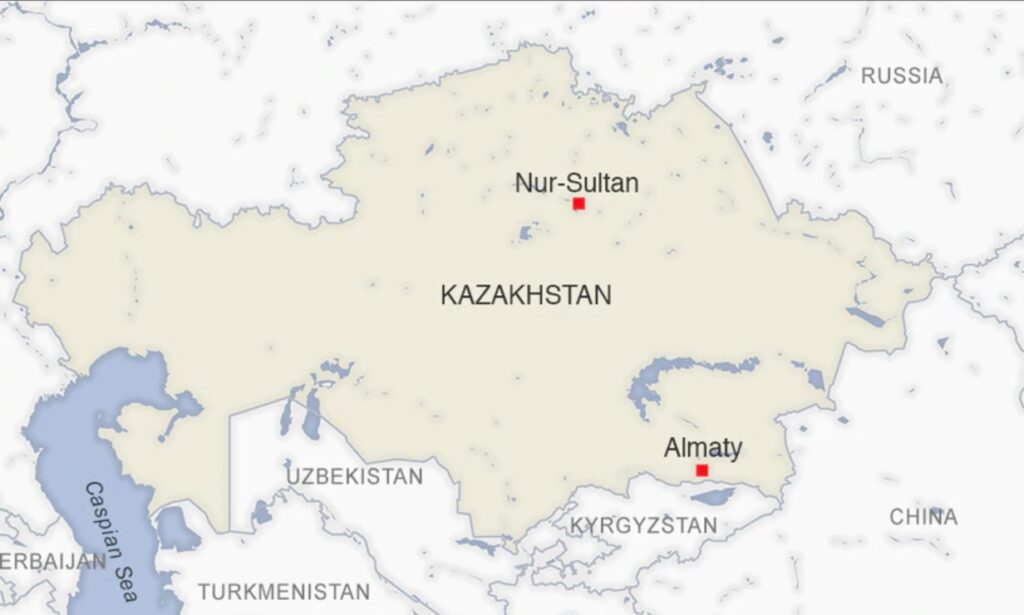 Pre-election clampdown on the opposition in numbers: a brief review (2-pages)

Fearing mass protests, or, worst still, unfolding of a Belarussian-like scenario, in the months ahead of the Jan 10th parliamentary elections, Kazakhstan’s authorities have been tightening the authoritarian grip – e.g., “spreading extremism” became a catchall phrase for persecuting citizens participating in peaceful protests, criticising the authorities, or providing help to the families of political prisoners.

As of Jan 5th, there are 31 political prisoners – 17 of whom remain in pre-trial detention facilities facing politically motivated charges of “extremism”. 96 more individuals face up to 17 years of imprisonment based on trumped up criminal charges, 77 of which concern accusations of “extremism”.

Except the growing sheer numbers, we have also seen harsher punishments being applied, e.g. the grim practice of punitive psychiatry re-emerged. The authorities were also targeting citizens for participating in the Kazakh tradition of mutual assistance “Asar” in honour of the belated activists, Dulat Agadil. In particular, 25 people were politically persecuted for literally washing the dishes or providing other help to the family of the murdered activist.

Between July 30th-Nov 24th, the authorities also refused at least 38 times to respond to requests for holding peaceful protests and single-person pickets.

Since the announcement of the date of the election on October 22nd, 2020:

The perverse logic of the regime: persecution of citizens who dare to vote for the ruling Nur Otan’s satellite party

The authorities keep persecuting citizens who distribute campaign materials of the Ak Zhol party, incl. for reposting it on social media.

Activists face ridiculous charges of  “anonymous campaigning” with the authorities requiring all printed campaign materials to contain data on, i.a., its authors, printing places that completed the order,  or sources for their funding.

Others are being given administrative fines (far exceeding the country’s minimum wage), are arbitrarily detained/put in pre-trial detention, or being subjected to pressure by police officers. There are also instances of authorities fabricating administrative cases against activists. This all represents a breach of Kazakhstan’s own law on elections stipulating that every citizen has the right to campaign (art 28 p.1).

Yet, while the Ak Zhol supporters & campaigners are increasingly persecuted, the party itself does not offer them any protection. Ultimately, Ak Zhol is a pro-regime party, but with no real opposition, voting for it became a protest vote against the ruling Nur Otan.

While campaigning for Ak Zhol leads to groundless searches & detentions, the Nur Otan party happily mis(uses) “administrative resources”, such as  free public transportation for distributing campaign materials or forcing pupils to campaign on its behalf during school hours.

Why is it legitimate to claim the Jan 10th elections are illegitimate?

The authorities keep violating voting and election laws – e.g. except for continuing repression of independent election observers, law enforcement officers are now also blackmailing them to become their informants (see also how else the authorities blackmails & force citizens into cooperation).

The regime is also targeting individuals who met with the OSCE election monitoring mission and spoke about human rights violations in the pre-election period. E.g. activist Daniyarov Tlek is now regularly summoned by the police and Lyazzat Dosmambetova has been subjected to illegal search  & house arrest conducted on the basis of a politically motivated criminal case for ′′participating in an extremist organization′ (art. 405 part. 2).

The regulations adopted by the CEC, aiming to obstruct the work of electoral observers, use the pandemic as an excuse to restrict their constitutional rights, yet they are not legally binding.

Ahead of the elections, state-owned entities – hospitals, educational institutions and companies controlled by the regime’s entourage, have been illegally collecting personal data of Kazakhstani citizens. This was the case with, e.g., clinics conducting PCR tests for Covid-19 which denied free tests to election observers or passed the observers’ personal data to the security forces. Human rights observers worry that the data will aid the authorities in falsifying the election results and/or punishing dissenters.

What further puts the legitimacy of the elections in question is the fact that opposition is met by the wave of arbitrary detentions.

Meanwhile, the Kazakhstani civil society responds to the growing state oppression in many creative ways, incl. writing and distributing poems of protest, resistance and empowerment.

The Italian Federation for Human Rights (FIDU) and the US-based human rights foundation “Freedom Kazakhstan” launched an online platform “Voices of Kazakhstan”, allowing to conduct a vote count, and to collect information on fraud and human rights violations.