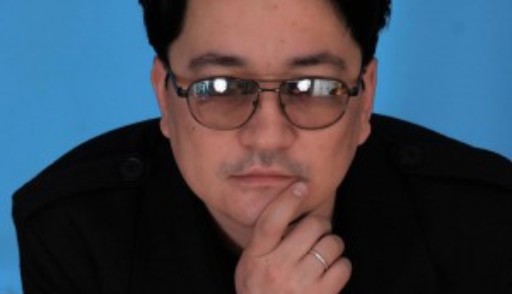 The official cause of death of Kazakh journalist Igor Larra has not yet been confirmed to his family. During his life, Larra was threatened repeatedly and attacked in connection with his professional activity. Natalia Kim, the wife of the journalist, calls upon the international community to force an objective investigation into the circumstances, under which her husband died, as well as the previous attacks.

Igor Larra (real name: Igor Kim) was a famous Kazakh journalist and correspondent for the ‘Svoboda Slova’ newspaper and the ‘Guljan.org’ website. Larra actively covered the strike rallies of oil workers in Zhanaozen, and often criticised the policy of the Kazakh government.

On 13 October, 2013, Igor Larra passed away in Aktobe, in the intensive care unit of the emergency hospital, at the age of 41. On 29 September, 2013, the journalist was admitted to intensive care. As a result of an operation, he had his gall bladder removed. The Media reported that the relatives of Larra did not believe he died of natural causes, and that they do not exclude the possibility of outside interference or criminal negligence.

In an interview with the Open Dialog Foundation, Natalia Kim, Igor’s wife, stated that two days prior to Igor’s death his condition improved – he was conscious and speaking to her. Natalia also does not exclude the possibility that Igor’s death might have been induced by his professional life. She noted that Igor was in the hospital having been diagnosed with pancreatic necrosis, but his relatives were informed that the cause of his death was pulmonary embolism.

In order to determine the real cause of her husband’s death, Natalia (according to her) requested a histo-pathological examination and expressed her yearning to obtain the results of the autopsy, but she was refused several times. Afterwards, she turned to the deputy chief doctor of the emergency hospital. The deputy chief doctor considered her request, and informed her that all the documents relevant to the death of her husband had been transferred to the Department of Quality Control of Medical Services. In the Department, Natalia was told that they did not have the right to issue a copy of the documents. They were also unable to provide her with the number of the order which forbade them from doing so. Later, Natalia filed a written application to the chief of the regional health department. On the 22 November, 2013, two weeks had passed since Natalia’s application, but she still hadn’t received an answer. Thus, Igor Larra’s wife is still unable to discover the true cause of his death, which also gives rise to suspicion in this case.

It is worth noting that shortly before his death, Igor Larra was attacked. In Aktobe, on the night of 20 August, 2013, four unknown assailants beat him and stole his two cell phones, 30,000 tenge (about 150 euro) and his documents. Larra managed to get to the Office of Internal Affairs and report the crime. However, he had to wait three hours for the police to react. A medical examination was not carried out that evening. Moreover, on the following day, the investigator did not call Larra for a medical examination. In one of his interviews, Larra shared his suspicion that the persons who attacked him were acting under the leadership of the police, and, therefore, the investigation was delayed. Larra speculated that the attack might have been ordered by the Akim of Aktobe region, Arkhimed Mukhambetov. The reason behind the attack could have been retaliation over one of his articles which was published in the ‘Assandi Times’ newspaper on 16 August, 2013, regarding relations between the local authorities and the Chinese – ‘Chinatown right under the noses of local authorities’,.

On 21 August, 2013, Dunja Mijatovic, the OSCE Representative on Freedom of the Media, condemned the attack on Igor Larra, and called upon the law enforcement agencies to promptly investigate the case. Human Rights Watch also stated that the Kazakh authorities should promptly and effectively investigate the attack and check the possible link between the attack and the work of the journalist. The organisation also noted that theKazakh government harassed independent or pro-opposition media by imposing fines for libel, and that anonymous thugs attacked journalists, who wrote about controversial subjects. In addition, the authorities often failed to conduct effective investigations into such attacks.

On 22 August, 2013, the Department of Internal Affairs of the Aktobe region held a press conference pertaining to the attack on the journalist. The Head of Press Service of the Department of Internal Affairs of Aktobe region, Ardager Uaydin, said that a criminal case had been instituted on charges of ‘robbery’. He also denied the statement made by Larra in which he stated that there was a three-hour delay prior to any police action being undertaken, and said that the incident was not connected to Larra’s professional activities.

On the same day, 22 August, 2013, employees of the Office of Internal Affairs of Aktobe arrested a suspect in the attack on Igor Larra. On 26 August, 2013, Larra identified one of the attackers. The police told the journalist that four suspects had been arrested, and that one attacker was on the run. After the identification procedure, Igor Larra agreed with the police that the attack was not associated with the Akim of Aktobe region, Arkhimed Mukhambetov. Larra’s wife told the Open Dialog Foundation that, after the identification parade, Igor had told her that the attack was committed by ordinary robbers. Nevertheless, she did not exclude the possibility that Igor could have been forced to discontinue his accusations against the Akim of the region.

It is possible that Larra might have been pressured into stating that the attack was not related to his professional activity. In addition, the attack on the journalist could have caused the deterioration of his health, which, after some time, led to his death. Due to the current situation, Larra’s wife, Natalia, hopes to receive help from the international community and human rights defenders in order to ensure an objective investigation into the attack on her husband.

The above-mentioned case was not the only obstacle that Igor Larra faced in his professional activity. On30 January, 2010, the correspondent of the ‘Svoboda Slova’ newspaper, Igor Larra, and photojournalist of the Aktobe newspaper ‘Diapazon’, Maxim Tokar were arrested by police while covering an unauthorised rally organised by the ‘Azat’ party in Aktobe. Igor Larra spent over three hours in the Zavod district office of the Office of Internal Affairs in Aktobe.

On 25 March, 2010, Igor Larra was attacked near his home. According to the ‘Svoboda Slova’ newspaper, it was not a random hooligan attack, but a targeted attack on the journalist in connection with his professional activities – especially, since at that time, Larra had been covering the strike rally of the oil workers in Zhanaozen and the issues associated with domestic and foreign oil producers. Larra himself said that he was approached by three unknown men, who asked: “Larra?… Greetings from Zhanaozen!… before beating the journalist. Human Rights Watch documented this event in their report on Kazakhstan for the year 2011.

On 15 March, 2012, Larra was summoned for questioning by the Department of National Security Committee (NSC) of Aktobe region. The journalist spent about two hours in the Department. The employees of the NSC were interested in Larra’s publications on the events in Zhanaozen – in particular, his appeal to colleagues aimed at raising funds to support the arrested activist, Yestay Karashayev, who headed the Democratic Party of Kazakhstan ‘Azat’ in Zhanaozen.

The Open Dialog Foundation expresses its concern over the fact that the government of Kazakhstan does not create safe and supportive conditions which would allow journalists to perform their professional duties. Recently, independent Kazakh journalists have been increasingly persecuted in connection with their critical articles about the officials, and have also suffered physical violence. For example, the police have still not established who was behind the assassination attempt on the prominent journalist, Lukpan Akhmedyarov (the journalist is confident that the brutal attack was connected with his professional activity). On charges of extremism, the Kazakh courts banned the activities of 34 non-state media, which extensively covered the strike rally of the oil workers in Zhanaozen. An immediate reaction by the international community to the practices of pressure, persecution and intimidation of journalists in Kazakhstan may improve the situation.

The Open Dialog Foundation expresses its condolences to the relatives of the deceased journalist, Igor Larra. We demand that the competent authorities of the Republic of Kazakhstan conduct a thorough investigation into the attacks on Igor Larra which occurred shortly before his death, to inform his relatives of the cause of his death, and to examine the possible link between the recent attacks on the journalist and the sharp deterioration in his health, as a result of which, he subsequently died.

To those who wish to provide personal assistance to the widow of Igor Larra, the Open Dialog Foundation will provide her personal contact information.

More on this topic:
Igor Larry