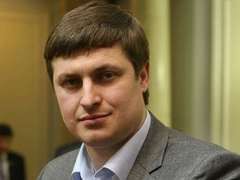 Oleg Osukhovskiy: “I demand that the membership of the Russian Federation in the Interpol structure be restricted and suspended” 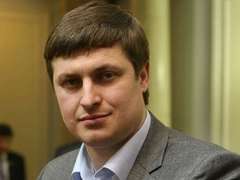 The Russian Federation and other authoritarian regimes in Europe and Asia have abused Interpol mechanisms in order to oppress political opponents, using Ukraine as an agent to issue requests for the extradition of political activists. Repeated violations of the rights of refugees and persons persecuted for political reasons have proved that the then, Ukrainian authorities turned a blind eye to the systematic practice of kidnapping foreign nationals.

It is common knowledge that Interpol takes into account the requests of countries with legitimate governments and those which it considers democratic. However, authoritarian countries, such as Russia and Kazakhstan, have influenced the investigating authorities of Ukraine, which have, in turn, abused the International Police mechanisms in order to persecute political refugees. Such actions have significantly diminished Ukraine’s international image.

In connection to the aforementioned issues, Oleg Osukhovkiy, MP from the All-Ukrainian Union ‘Svoboda’ [‘Freedom’], expressed his position by stating the following: “I have received a letter, which described illegal actions of the former Deputy General Prosecutor of Ukraine, Lilia Frolova, regarding the extradition of one of the citizens of Ukraine to the Russian Federation. As claimed in the letter, the criminal case against him had been fabricated in Russia. I, in turn, addressed a letter to the acting General Prosecutor of Ukraine, Oleg Makhnitskiy, with a request that a thorough investigation into the incidents of abuse of official authority for political reasons be carried out. Should it be established that there were no legal grounds for his extradition, I demand that comprehensive measures be undertaken in order to release him.

Worrisome are the reports of cooperation between the former Ukrainian authorities with authoritarian regimes aimed at eliminating political opponents; therefore, I hereby urge the new government to recognise the incidents of such collaboration in the past. I also demand that the General Prosecutor’s Office raise the issue of abuse of mechanisms of international police by the authoritarian states, and, in connection with this, limit and suspend the membership of the Russian Federation in the structure of Interpol. This step would promote a positive image of the Ukrainian state among the international democratic community and would go some way towards erasing the question marks over Ukraine’s status in the international arena”, – Oleg Osukhovskiy, a member of the ‘Svoboda’ party, stated.

The press service of the Rivne regional branch of the All-Ukrainian Union ‘Svoboda’.