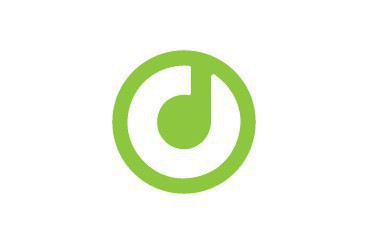 45 days of Russian Occupation of Crimea: The Number of Forcibly Displaced Persons Is Growing

The Government of Ukraine is actively discussing the topic of FDPs who were forced to leave the occupied territory of the Autonomous Republic of Crimea (ARC), declaring a readiness to provide them with legal and material assistance. Having stated its intention to resolve all the issues of the affected residents of Crimea, the government is practically leaving them unaided with their problems.

Having been in the midst of Ukrainian events from November 2013 up to the present time, the Open Dialog Foundation is extending its long-term mission in Ukraine and takes responsibility for targeted assistance to the migrants who address the Foundation themselves, as well as through representatives of local governments, public organisations and partners of the Foundation.

1. The number of FDPs Forced to Leave Crimea Is Now in the Thousands

The exact number of people forced to leave Crimea remains unknown. International Commissions estimate that the actual number of emigrants from the peninsula stands at 3,000 to 5,000. At the same time, official data collected by the Open Dialog Foundation shows that more than 6,000 civilians and 3,100 soldiers were forced to leave the peninsula. The above cited figures are underestimates due to the fact that the official public bodies have not recorded or registered the following categories of FDPs:

On 9 April, 2014, the Committee of Ministers of the Council of Europe reported there are five thousand FDPs from the Crimea, the majority of which are Crimean Tatars. This was stated by the head of information policy department of the Foreign Ministry of Ukraine, Yevgeniy Perebiynis at a briefing, RBC – Ukraine reports.”According to the information we have obtained, the office of the UN High Commissioner for Refugees has registered about three thousand cases, but other data suggest that there are more than just 3 to 5 thousand people” – stated the High Commissioner on National Minorities of the Organisation for Security and Co-operation in Europe (OSCE), Astrid Thors on 10 April, 2014.

1.2. The Open Dialog Foundation has information about 9632 FDPs and 212 refugees.

According to the available statistics, which are quoted by official sources of Regional Councils, the situation surrounding forcibly displaced persons from ARC is as follows:

As of 11 April, 2014, 3100 soldiers arrived on the mainland of Ukraine, having left the Crimea. The press service of the Defence Ministry reported that the group consisted of: 1,129 officers, 103 cadets, 1455 sergeants and contract soldiers, 11 employees of the Armed Forces of Ukraine and402 members of their families, including 121 children.

1.4.Political asylum in Poland was requested by 212 people.

As of 7 April, 2014, 212 people applied for asylum in Poland. For comparison, during the Orange Revolution (Winter 2004-05), asylum in Poland was requested by 22 persons. The Ukrainian media disseminate information that Poland is ready to accept large numbers of refugees. Ewa Piechota, the press secretary of the Office for Foreigners has been quoted as saying: “In Lublin voivodship – if such an urgent necessity arises – temporary shelter may be provided for 59,000 people”.

The Open Dialog Foundation believes that, to date, the following issues are still relevant:

For a large part of FDPs from the Crimea, the state provides free accommodation in the initial period following their relocation. However, this does not solve the problem of housing for people in the long run. Many persons are being housed in spa resorts and camps which will soon begin to operate with the beginning of the holiday season. There are also problems with the provision of FDPs with food, clothes and everyday necessities. Many FDPs are temporarily left without any means of subsistence, as bank cards of working Crimeans have been blocked. Those FDPs who applied for social benefits, will not be able to receive them immediately, as some of them have faced problems with obtaining documents from the authorities of Crimea – the Pension Fund and the Department of Labour and Social Welfare.

At the same time, FDPs from the Crimea include pseudo-FDPs; they leave the peninsula in order to use the current situation for their own gain, hoping to obtain financial aid and compensation for abandoned housing. In this connection, the Open Dialog Foundation provides humanitarian assistance directly to FDPs whose situation is well-known to representatives of the foundation or has been verified by credible sources. At the same time, the Foundation collaborates with organisations such as ‘EuroMaidanSOS’, ‘CrimeaSOS’ and ‘No Borders!’, it also gathers official information from regional state administration bodies, deputies of regional councils and coordinators who accommodate FDPs.

The situation with FDPs, which developed in connection with the occupation of the Autonomous Republic of Crimea by the Russian Federation, requires immediate action on the part of the Ukrainian authorities. However, effective mechanisms for the assistance of FDPs from the Crimea have not yet been developed. ‘The Law on the rights and freedoms of citizens in the temporarily occupied territory of Ukraine’ was adopted by the Verkhovna Rada of Ukraine on 15 April, 2014, but the draft bill was criticised both by Ukrainian human rights activists and international experts. At the moment, the law has not yet entered into force, and, in this connection, the Open Dialog Foundation wishes to refrain from commenting on it. It is important that the status of ‘forcibly displaced persons’ be legalised and their right to work, social benefits, housing, obtaining medical and educational services are guaranteed. It is also necessary that the procedures related to the provision of targeted assistance to FDPs by charitable organisations and individuals be simplified to the greatest possible extent.

The Open Dialog Foundation hereby calls for cooperation between the authorities and offers its participation in teleconferences held by Prime Minister Arseniy Yatsenyuk with heads of regional councils relating to refugees, as the Foundation can offer targeted assistance to those persons displaced from the Crimea, who are most in need.

We also hereby urge the countries bound by the Budapest Memorandum to observe the security guarantees, provided to Ukraine in connection with its rejection of nuclear weapons. The Russian Federation, which is one of the guarantors of security of Ukraine has breached the terms and conditions of the treaty referring to the prohibition of violation of the territorial integrity of Ukraine. The United States and the United Kingdom, which are also parties to the memorandum, must take real steps in order to protect the integrity and sovereignty of Ukraine. A necessary measure in achieving this goal is the imposition of a third round of sanctions against Russia, directed at certain sectors of the Russian economy (in particular, the oil and gas sector).

We appeal to the European Union, the OSCE and PACE with a request that monitoring missions in the southern and eastern regions of Ukraine be conducted, due to the current tense socio-political situation in the country, which may also prompt the inhabitants of these regions to relocate.

Download the report
More on this topic:
humanitarian aid , Crimea