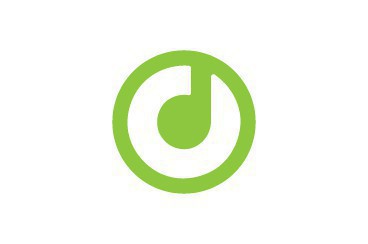 Russia is abusing the mechanisms of Interpol

On 11 April, 2014, a press conference entitled ‘Combating authoritarian regimes: an examination of extraditions requested by Ukraine and the expulsion of violators of the Charter from Interpol’ was held at the UNIAN premises. The press conference was attended by: Lyudmyla Kozlovska, The Open Dialog Foundation (Poland); Oleg Levitskiy, Ukrainian Helsinki Human Rights Union; Alexandra Matviychuk, The Centre for Civil Liberties.

Currently, Ukraine and the situation surrounding it, are closely monitored by the international community. As stated by participants of the press conference, following the revolutionary events in Ukraine, which occurred in late 2013 – early 2014, it is crucial to ensure the proper legitimacy of the new government and their entry into the international legal field. This is not only a question of the external image of our country, but also an issue of ensuring its development in line with international legal standards.

Human rights activists noted that incidents of Ukraine’s cooperation with authoritarian regimes in the sphere of prosecution of political activists carry serious reputational risks for Ukraine. In particular, the Russian Federation, Kazakhstan and other countries have used international treaties entered into with Ukraine (for example, on mutual extradition of criminals) which are used to hunt down their political opponents abroad.

The most renowned cases in this context are the world-famous cases of Leonid Razvozzhayev, Filip Dolbunov (Galtsov), Ulugbek Zaynabetdinov, Denis Solopov, Ruslan Suleimanov, Khamidullo Turgunov. Oleg Levitskiy noted that the case of Kazakh opposition leader Mukhtar Ablyazov, who was with presented false charges in the criminal case instituted by BTA Bank, is demonstrative. The request for Mukhtar Ablyazov’s extradition is still valid in Ukraine. At the same time, in April 2014, the French Court of Cassation in Paris rescinded the ruling which sanctioned the extradition of Mukhtar Ablyazov to Russia or Ukraine, and the Regional Court of Pilsen in the Czech Republic ruled to release Tatiana Paraskevich, a person involved in the case of BTA Bank.

During the press-conference, Lyudmyla Kozlovska emphasised the necessity to carry out the revision of the extradition requests. As stated by her, it would allow to stop the practice of detainment of political opponents, which has been applied by Russia and Kazakhstan.“In accordance with Article 3 of the Statuteof the international organisation ‘Interpol’,the use of the organisationforpolitical persecutionis strictly prohibited.If a country usesInterpolto harass politicalopponents,itviolates the Charterof the organisationand should bedeprived of the rightto use themechanisms” – the speaker noted.

During the discussion, Alexandra Matviychuk mentioned the statement of the UN Agency for Refugees, which reads that Ukraine cannot be considered as a safe country for refugees. “Violation of the rights of refugees had a very negative impact on Ukraine’s international image and undermined the confidence of the international community in the Ukrainian authorities regarding its adherence to democratic standards”, – the human rights activist enunciated.

The conference participants expressed their willingness to provide expertise and logistical support to the Security Service of Ukraine, the General Prosecutor’s Office of Ukraine and the Ministry of Interior in all the above cases.

On 28 March, 2014, human rights organisations published an open letter to the General Prosecutor of Ukraine, the Head of the Ministry of Internal Affairs and the head of the Security Service of Ukraine.In the statement, human rights activists called on the new government not to repeat the mistakes of the previous regime and to refuse to cooperate with authoritarian regimes in Russia and Kazakhstan in the sphere of abuse of Interpol with the aim of harassing political opponents.

In the open letter, human rights defenders are demanding an official apology for refugees and their families; withdrawal of the request for the extradition of Mukhtar Ablyazov; the opening of an investigation into the actions of former General Prosecutor, Viktor Pshonka and other law enforcement officers who falsified charges and the extradition request against Mukhtar Ablyazov and his colleagues; cessation of their cooperation with the secret services of authoritarian regimes in order to prosecute, kidnap and render political opponents and refugees.