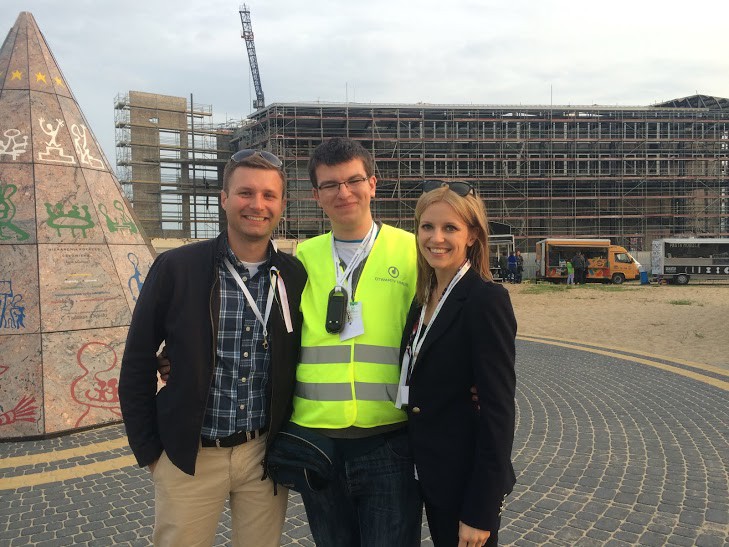 Wilanów in Concert for Maidan

Precisely one month prior to the presidential elections in Ukraine, on a beach in Wilanów, a charity concert “Wilanów – Majdan. A Common Cause” was held on 25th April, with Polish and Ukrainian bands performing on stage. It was organised by Warsaw’s district of Wilanów, and one of the event’s partners was the Open Dialog Foundation.

The organisers’ intention was to recall the Polish experience of the 1980s and support the Ukrainians in their struggle for liberty. The charity concert was organised with the families of the Maidan’s injured or wounded in mind. Indeed, the tragic developments of February do not put an end to the problems faced by Ukraine, and help is still needed.

The concert featured Polish and Ukrainian artists, many of whom had supported Maidan activities before, performing in Kiev. The performers in Wilanów included Maleo Reggae Rockers, Kozak System (Ukraine), Taraka, Tomek Lipiński, Venio (Molesta), Natalia and Paulina Przybysz with their mother Anna, Daniel Gałązka with his band, Ruta, Moskwa, Skadyktator and his cosmic combo with Robert Brylewski, and Karolina Cicha. The concert was compered by Szymon Majewski.

An auction was held during the concert for the families of those injured. The auctioned items, donated by the bands and the event partners, included a guitar with the autographs of the performing musicians, signed by T. Love, Enej and Jurek Owsiak. The guitar went to the Wilanów Deputy Mayor, Artur Buczyński for PLN 2,600. Amongst the auctioned items were also records which sold for a total of PLN 250.

Cash was also collected during the concert from those wishing to listen, as they were asked to make a donation. All proceeds will go to the victims’ families. The total amount collected was PLN 6,866.43 which, through the Foundation, will be donated to those most in need.