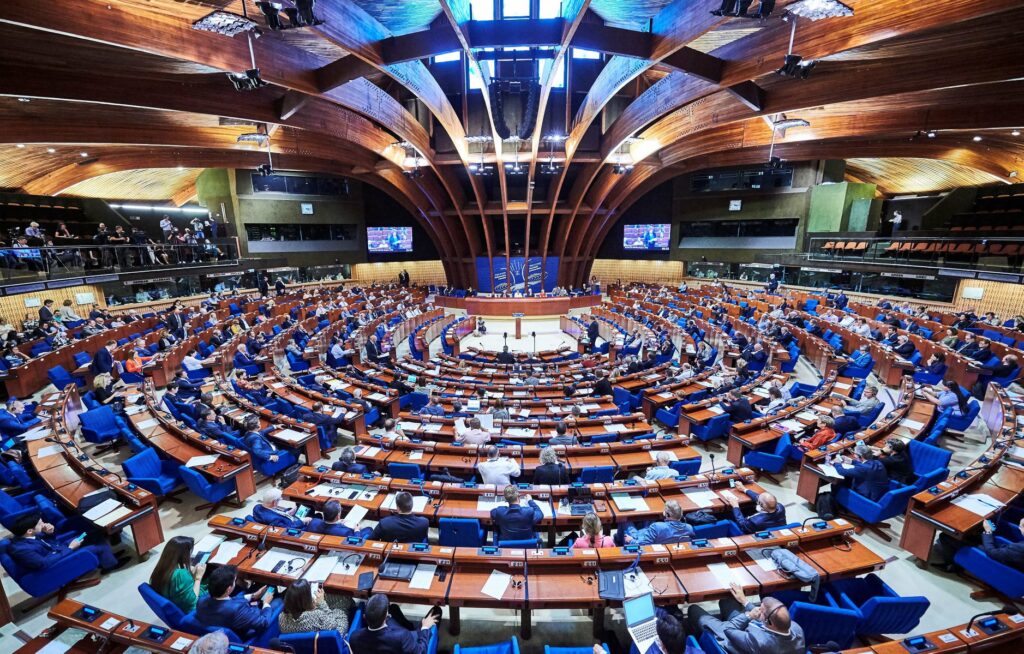 With mounting concerns about the rule of law in Poland and the Republic of Moldova, in October 2018, ODF conducted an advocacy mission that resulted in 27 PACE members signing a motion for a resolution entitled “Judges in Poland and in the Republic of Moldova must remain independent”. After slightly over two years, the resolution – based on a report by rapporteur Andrea Orlando (Italy, SOC) – was adopted with 77 votes in favour, 19 against and 7 abstentions.

In the resolution, the Assembly condemned “the campaign of intimidation waged by the political authorities against certain critical judges and against the judiciary in general” in Poland, proclaiming such conduct “unworthy of a democracy and a law-governed state”. With respect to the Republic of Moldova, the Assembly expressed concern about “the proximity of part of the judiciary to the political authorities” (see CoE’s press release on the subject).

The vote was preceded by a heated debate. Former Federal Minister of Justice of Germany Sabine Leutheusser-Schnarrenberger asserted that the Polish authorities are turning the independent judiciary into “an endangered species”.
Arkadiusz Mularczyk, deputy of the ruling Law and Justice (PiS), was defending the PiS changes, assuring that they are no different from reforms implemented in other EU countries – a blatant departure from the truth. He has also called the report and resolution biased and claimed that rapporteur Orlando has not visited Poland to speak to all interested parties, omitting to mention that – on Mularczyk’s own invitation – in Dec. 2020, Mr Orlando met online with the delegation assembled by the Polish authorities.

All proposed corrections, which ODF has helped to draft, aimed at further detailing the Polish government’s rule of law breaches like the illegal appointment of the First President of the Supreme Court, or the creation of the special unit within the Prosecutor’s Office designed to target independent judges (PL: Wydział Spraw Wewnętrznych Prokuratury Krajowej).

However, this was not without controversy, as Mr Mularczyk, in concert with pro-government media outlets, accused ODF of – more or less – “plotting behind the scenes”. That is notwithstanding the Foundation informing about its efforts via its social media channels, and reporting on the rule of law and human rights violations to international forums being the organisation’s main mission.

See our other activities for the rule of law in Poland at PACE:

See our other activities for the rule of law in Poland: