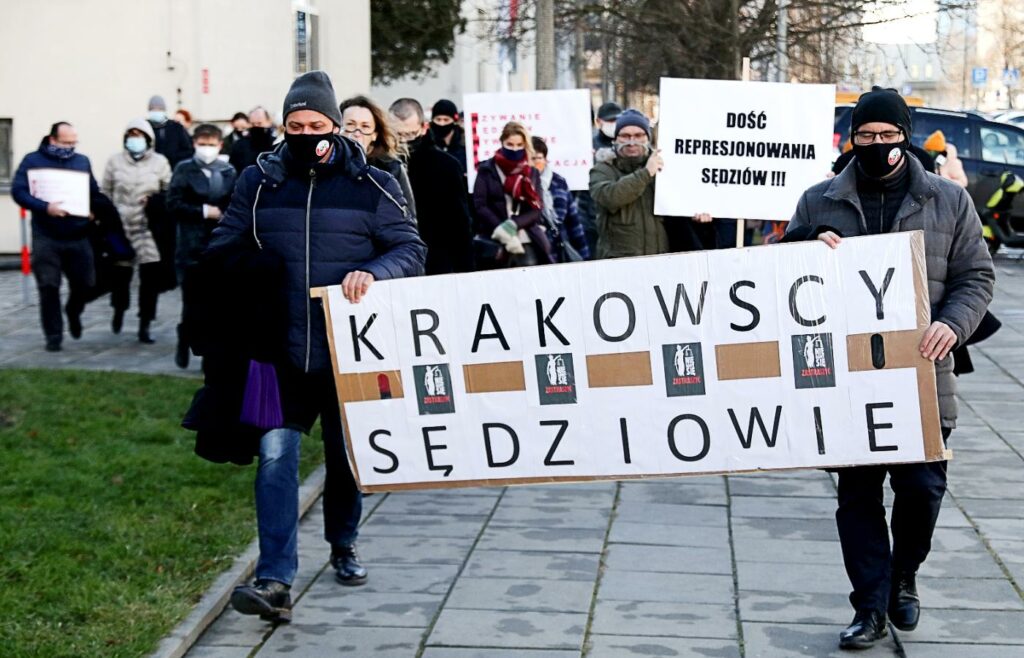 A Breach Too Far: Call to the EC on the Assault on Judges Adjudicating on Prosecutor Krasoń’s Case

In the latest instance of the Polish authorities’ open disregard for the rule of law, 14 Cracow judges have been exposed to politicised prosecution and investigations. Their alleged crime? Handing down judgments which were inconvenient for the authorities and failing to persecute Prosecutor Krasoń – a staunch defender of the independence of the judiciary.

This affront to the rule of law has compelled a group of over 30 leading legal scholars and NGOs to sign an open letter to the European Commission Vice-President Věra Jourová and Justice Commissioner Didier Reynders, urging them to commence the necessary monitoring of the unlawful pressure exerted upon the independent Cracow judges without undue delay.

In her 16 December 2020 State of the Union address EC President von der Leyen pledged that the new conditionality mechanism should be applied and cover all breaches from 1 January 2021 – to which the Polish authorities responded by once again shrugging off the EU warning. Thus, the signatories of the letter appealed to the EC to act on its own promises.

The letter, co-authored by the Open Dialogue Foundation and the Themis Association of Judges, was published in well-respected media outlets: Verfassungsblog – a German publication on constitutional law, and OKO.press – a Polish portal performing watchdog activities.

One of the most respected prosecutors in the country, Mariusz Krasoń ,has handled many high-profile cases, including large organized crimes cases in Cracow. At a meeting of prosecutors in 2018, Krasoń spoke out about the politicisation of the prosecutor service. Consequently, he has been repeatedly transferred to positions with a much smaller profile in cities far away from his previous postings. Krasoń has now sued the prosecutor’s office for his punitive demotion.

Now, judges who examined cases related to the reinstatement of Prosecutor Mariusz Krasoń – all issuing decisions in favour of Krasoń – have been and are being persecuted for their purely judicial actions. The Internal Affairs Department of the National Public Prosecutor’s Office has summoned 14 judges from five different benches of Cracow’s district, regional, and appellate courts. The judges now face potential criminal charges under Art. 231(1) of the Penal Code for failure to fulfil obligations as public officials, punishable by up to three years of imprisonment.

See our other letters to the European Commission:

See our  other activities on the rule of law front: