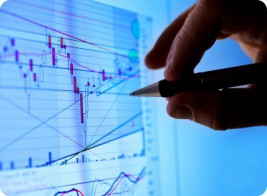 At the congress of the party ”Rukhanyat” the pre-election party manifesto and the list of 37 candidates for election to the Majilis were approved. The pre-election program includes building of national Kazakh state, suspension of all integration processes “in order to maintain the sovereignty and independence of Kazakhstan” as well as the closure of all foreign military training fields. The party insists on the passing of the law and the programme cocerning the Kazakh language.

At the congress of the Democratic Party „Adilet” the pre-election platform and the list of candidates for the deputies of the Majilis were approved. The pre-election platform was named ”The path to justice” and it included such presumptions as the introduction of the tax on luxury, the nationalization of natural monopolies and the reduction of the VAT rate for small businesses. In total, on the party list filed by “Adilet” on December 5 there were 61 people. Among them, is Maksut Narikbaev, chairman of the party and Murat Telibekov, leader of the Union of Muslims of Kazakhstan

The Central Election Commission extended the deadline for registration of representatives with a consultative vote in the district election commissions for the ANSDP until December 15.  Amendments were also introduced in the resolution “On equipping the premises for voting at the polling station or polling place.” According to the approved document, premises of polling places for voting should be equipped with a sufficient number of booths for secret voting and the ballot box must be installed in such a place so that the voters would have to pass through the booths in order to vote secretly.

The Charter on commitment to ethical standards in covering the election campaign of 2011 was drawn up in Kazakhstan. According to Bulat Erezhepov, the president of the Club of chief editors, approx. 200 media executives joined the Charter.

Eight political parties of Kazachstan filed documents in the CEC RK for participation in the early parliamentary elections. These are: “Adilet”, “Akzhol”, “Auyl”, the Communist People’s Party of Kazakhstan, “Nur Otan”, ANSDP, Patriot Party of Kazkhstan and “Rukhaniyat”. The candidate nomination process was closed at midnight on December 5.

The Republican Public Commission for the supervision of elections of deputies of the Majilis of the Kazakh Parliament has resumed its activities and opened a public reception. According to the Ministry of Communications and Information of Kazakhstan, the commission was established in order to perform the public supervision of the election campaign and to bring active citizens which have differing political views to oversee the elections.

The City Court of Atyrau announced its decision, which recognized the Islamist group “Soldiers of Khalifat” (“Jund al-Khalifat”) as a terrorist organization and banned its activity on the territory of Kazakhstan. Let us remind ourselves that on October 31, 2011 in Atyrau there were two explosions. On November 2 and 4, Meyrambek Usabekov, Mirhat Kalkamanov and Alimzhan  Sagenov were detained on suspicion of involvement in the organization of these explosions and they later made a  full confession to committing thecrimes.

According to the research, 88.5% of the Kazakh people trust the President of Kazakhstan, Nursultan Nazarbayev. The Institute of Political Decisions (IPD) carried out a study of the level of trust of the people of Kazakhstan for Nursultan Nazarbayev. They also provided data showing that 51.4% of Kazakh people prefer the People’s Democratic Party “Nur Otan”, and the second and third place was given to the party “Ak Zhol” and the CNPK – both gained 2.8%, of the vote, ANSDP – 1.2% , the party “Auyl “- 1.1%, and the “Adilet “and the Patriot Party gained  0.9% each. The “Rukhaniyat” party came last on the list with  0.5% of the vote. Public opinion   polls were conducted in 14 regional centers in the cities of Astana and Almaty from 9 to 13 November 2011. The number of respondents amounted to 2294 people.

During a special operation carried out to curb the activities of a terrorist group, seven persons were killed. Among them were two members of the Special Forces Service “Arystan” of the National Security Committee and five members of the criminal group. In the house, where criminals were sheltering, a grenade RGD-5, Kalashnikov rifles and Makarov pistols were found.

Human rights organizations noted the deterioration of the Internet freedom in Kazakhstan. The Helsinki Committee and The International Partnership for Human Rights as well as other human rights organizations submitted a report on the state of  Internet freedom in Central Asia. Let us remind ourselves that it was only on December 4 that the LiveJournal became available in Kazakhstan. This is a popular blogging service, which had been blocked according to the decision of the authorities in August 2011 during an interruption of access to the webpages which were suspected to promote extremism and communicate appeals for the commitment of  terrorist acts.

In close vicinity to the “Zhanatalap” deposit, off the coast of the Caspian Sea, there was an oil leak  from a pipeline. The leak occurred in the flange connection of the pipeline, owned by “Potential Oil” company. According to the workers involved in collecting the spilled oil, on December 1 they collected 350 litres, and on December 2 – more than 150 litres. The special commission which was sent to the region on December 3 should monitor the results of cleaning of the area, calculate the cost of the damage  to the environment and to check the information given by the dwellers of the Zhanbay village on mortality of cattle after the oil polluted the water supply via the water pipeline.

S&P affirmed a long-term credit rating of JSC “Kazakhtelecom” on the previous level. The joint stock company Standard & Poor’s prepared a report, according to which the long-term credit rating of JSC “Kazakhtelecom” and the national-scale rating were affirmed on the previous level:  The prognosis of BB is stable. Lest we forget that under the rules of S & P, a general report on the company with the affirmed rating is issued once a year, under circumstances in whichStandard & Poor’s do not alter the company’s last credit rating.

The Ministry of Agriculture of the Republic of Kazakhstan signed a memorandum on strategic cooperation with the company «Microsoft Kazakhstan.” The new document provides for the development of projects aimed at the acceleration of the process of automation of public management and support relating to the agricultural sector in Kazakhstan.