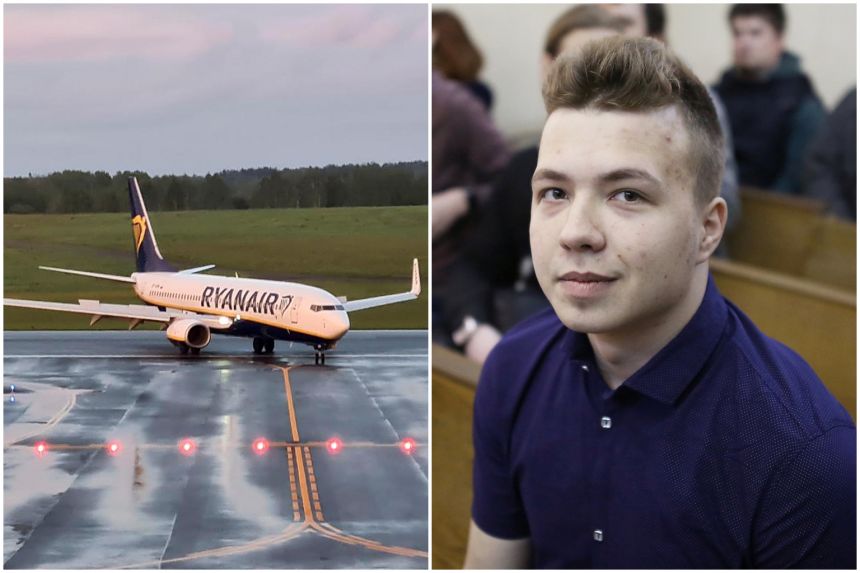 On Sunday, May 23th 2021, the Belarusian authorities forced a plane of the Ireland-based Ryanair which was traveling on the Athens-Vilnius route to divert its route and land in Minsk, the Belarusian capital, in order to arrest Roman Protasevich, a 26-year-old journalist and exiled dissident who was on board. The plane was flying over Belarus and almost entered Lithuanian airspace when Belarus decided to scramble a MiG-29 fighter jet to accompany the plane. With the excuse that there were explosives on board, it was forced to change course and land in Minsk. During the search of the Ryanair plane, arriving passengers were treated like prisoners, unable to get up, go to the bathroom and searched their belongings. Among the victims of the state-sponsored kidnapping, there is also Sofia Sapieha, Roman Protasevich’s girlfriend, a 23-year-old Russian student at a master’s degree program in Vilnius. The plane “hijacking” is yet another outrageous move by Alexander Lukashenko, Europe’s longest-serving ruler, to silence regime critics. Roman Protasevich is a co-founder and a former editor of NEXTA Live channel, a Poland-based media group operating on the Telegram messenger app. NEXTA played a crucial role in covering and organising the anti-government protests which erupted right after the disputed presidential election in Belarus last year. Belarusian security service, called the KGB, placed Protasevich’s name on a list of terrorists. He may now face the death penalty. He is also being accused by Lukashenko’s regime of inciting public disorder and social hatred, accusations that carry a long-term prison sentence.

The Italian Federation for Human Rights, the Open Dialogue Foundation and Supolka condemn the actions of Lukashenko’s regime and the arrest of Roman Protasevich in the strongest possible terms. In view of the European Council meeting which will take place today, Monday 24 May 2021, we hereby ask the EU leaders to consider the following recommendations: