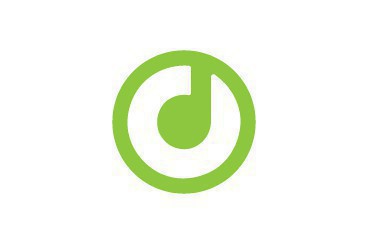 We are deeply concerned over the fact that the judicial bodies in Ukraine could not abandon the practices which took place during the government of Viktor Yanukovych as well as previously. We were compelled to make such uncompromising conclusions due to the responses from the General Prosecutor’s Office, the Interior Ministry and Security Service of Ukraine, received in regard to our inquiries.

In late March 2014, representatives of the civil society addressed a statement to the head of the SSU, the Interior Ministry and the General Prosecutor’s Office of Ukraine with a number of demands, in particular: offer a formal apology and carry out an investigation with regard to the cases of refugees, affected by the actions of Ukraine, and their families; withdraw the request, filed with Interpol to issue an international arrest warrant for Kazakh opposition leader, Mukhtar Ablyazov, and persons involved in his case; cease cooperation with the secret services of Russia, Kazakhstan, Uzbekistan and other authoritarian regimes (in particular, post-Soviet) with regards to the prosecution, kidnapping and rendering of political opponents and refugees.

The responses of the State Migration Service of Ukraine and the Centre for International Cooperation of the SSU, stated that, pursuant to Article 574 of the Criminal Procedure Code of Ukraine, the central authorities, competent to issue decisions regarding the rendering (extradition) of a person are the General Prosecutor’s Office and the Ministry of Justice of Ukraine. The letter received from the General Prosecutor’s Office of Ukraine merely included information regarding the consideration of the appeal to “terminate the proceedings with a view to extradition to Ukraine of M. Ablyazov, T. Paraskevich, I. Kononko and R. Solodchenko”. This reply cannot be considered exhaustive, as it doesn’t indicate any parameters of verification or reasons for which “cancellation of procedural decisions is not expected at the moment”.

Also, we haven’t received answers regarding:

We are concerned over the ongoing cooperation between the Ukrainian authorities and lobby groups of countries with dictatorial regimes, as well as the use of funds of commercial structures for the work of investigation agencies. Such cooperation contravenes the laws of Ukraine and poses a threat to national security and the international image of Ukraine.

We are also concerned over the fact that Ukraine has not undertaken any measures aimed at clarifying Russia’s role in harbouring Viktor Yanukovych, Viktor Pshonka, Vitaliy Zakharchenko and other representatives of the former government. In particular, it should be determined whether such actions of the Russian Federation are in line with the standards of Interpol and other international organisations.

In light of the above, we hereby demand that:

The statement has been signed by:
Lyudmyla Kozlovska, President Of the Open Dialog Foundation (Poland)
Alexandra Matviychuk, President of the Board Of the Centre For Civil Liberties (Ukraine)
Arkadiy Bushchenko, Executive Director Of the Ukrainian Helsinki Human Rights Union
Tatiana Pechonchik, director of the Centre for Human Rights Information (Ukraine)