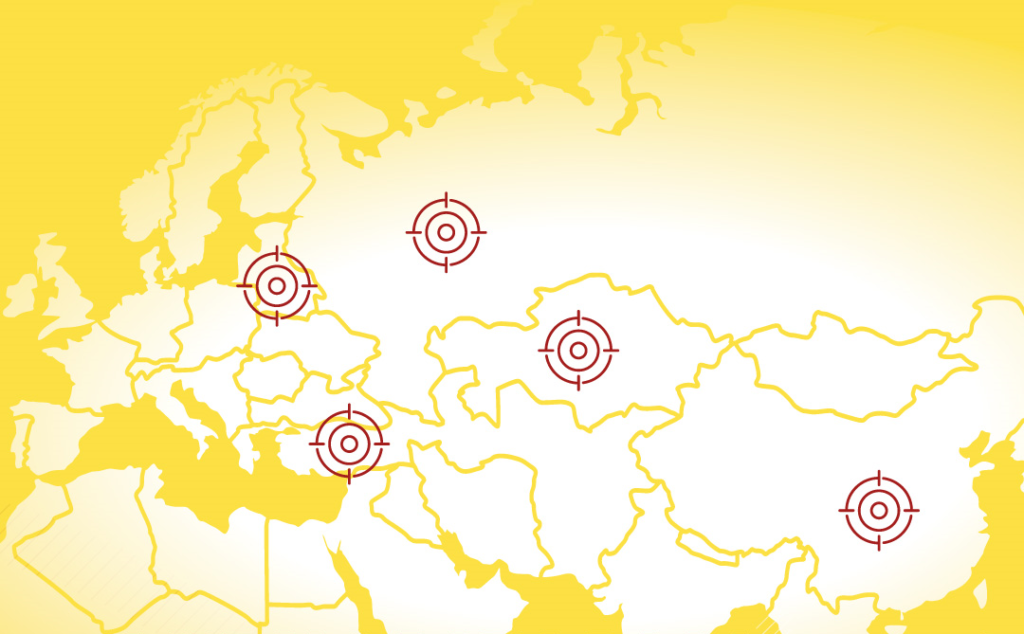 Invitation to an online event — Authoritarian countermeasures to targeted sanctions: China’s and other autocratic responses

The Open Dialogue Foundation, the Italian Federation for Human Rights and Freedom Kazakhstan Foundation invite you to attend the online event “Authoritarian countermeasures to targeted sanctions: China’s and other autocratic responses”.

On Monday, 21 June 2021, our distinguished guests will gather to discuss Russia’s and China’s countermeasures in response to the EU’s first designations under the new EU Global Human Rights Sanctions Regime. During the event, experts in the field, EU lawmakers and human rights defenders advocating for Magnitsky-type sanctions will also assess potential responses by other autocratic regimes sensitive to such targeted measures, including Turkey, Kazakhstan, and Belarus. Join us on Monday, 21 June 2021, 17:00 – 18:30 CEST on the YouTube channel of the Open Dialogue Foundation at this link.

For further information see below.

Link to the live streaming: https://www.youtube.com/watch?v=cI_DI4Ugi0Q

On 2 March 2021, the EU announced its first designations under the new Global Human Rights Sanctions Regime imposing restrictive measures on four Russian officials directly responsible for the assault on fundamental freedoms and repression of anti-government protests in Russia, and the prosecution of opposition leader Alexei Navalny. A few weeks later, on 22 March, the Council targeted serious human rights abusers around the world, including Chinese officials and entities responsible for large-scale arbitrary detentions and degrading treatment of the Uyghur-ethnic minority in Xinjiang in China. The EU had not imposed new sanctions against China since the 1989 Tiananmen Square Massacre.

On the same day, the PRC responded with its own sanctions against entities like the Political and Security Committee of the Council of the European Union, the Subcommittee on Human Rights of the European Parliament, and a dozen of MEPs, lawmakers of EU national parliaments and think tank experts who, according to the Chinese government, “severely harm China’s sovereignty and interests and maliciously spread lies and disinformation”. The retaliatory move by the Chinese authorities sparked outrage among the international community, which reaffirmed that sanctions against perpetrators of human rights violations are more necessary than ever.

China’s and Russia’s response to the EU thematic sanctions is a striking example of how elites of autocratic governments are sensitive to personal sanctions, even when the state neglects such crimes. By imposing travel bans and asset freezing, countries that have enforced Magnitsky-type sanctions send a clear signal to the accountable government and the world about offensive conduct. Targeted sanctions not only undermine the survival of autocrats in their own country and of their corrupt assets abroad, but also have a deterrent effect on the elite behaviour towards human rights. However, in order to be effective and ensure respect for human rights by authoritarian and hybrid regimes, the EU sanctions should be linked to other available foreign policy tools such as trade and partnership agreements within the framework of which too often business prevails over human rights clauses.

During the event, EU lawmakers, including Members of the European Parliament and of the EU national parliaments targeted by China’s and Russia’s counter-sanctions, human rights defenders, victims of human rights abuses and Magnitsky campaigners will assess actual and potential responses to targeted sanctions by autocratic governments such as Turkey, the Russian Federation, China, Kazakhstan and Belarus. The event will also be an opportunity to discuss the upcoming parliamentary debate of the European Parliament of 6 July 2021 about the need to extend the scope of the EU Global Human Rights Sanctions Regime and adopt an inclusive sanctions process to facilitate input from civil society.

17:05 – 18:15 Discussion with Members of the European Parliament, human rights defenders and experts:

18:15 – 18:30 The speakers’ interventions will be followed by a Q&A session. Participants can pose their questions in writing during the discussion.