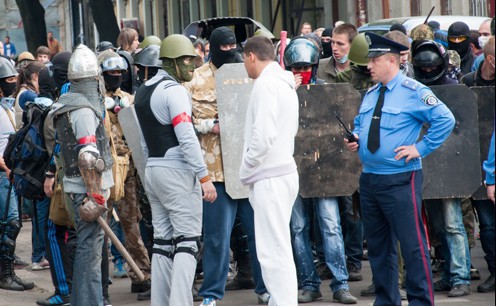 Report: Destabilization of the situation in the south of Ukraine: Who masterminded the sanguinary events in Odessa

The Odessa tragedy is yet another step in Russia’s plans to destabilize the situation in Ukraine. As a result of the planned provocations, clashes occurred in the city between pro-Ukrainian activists and extremists. 48 people were killed and more than 200 were injured. 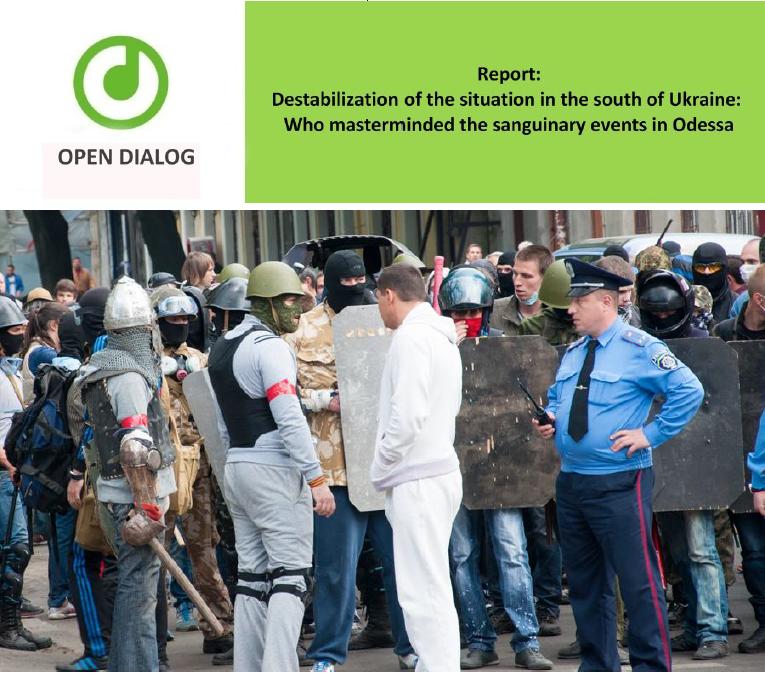 Having swept through the cities of eastern Ukraine, the wave of provocations and violence reached the south of the country. On 2 May, 2014, provoked clashes between Ukrainian activists and pro-Russian extremists occurred in Odessa, resulting in the death of 48 people with over 200 suffering injuries. In Odessa’s House of Trade Unions, 42 people died simultaneously under very mysterious circumstances. According to preliminary data, 32 of them suffocated due to inhalation of chloroform vapour. This suggests that it was a well-planned mass murder, aimed at discrediting pro-Ukrainian activists.

Responsibility for the massacre lies with the Odessa police and local authorities, who had the opportunity to prevent the clashes, but chose not to do so. Kiev accused the Russian security services, as well as former Ukrainian officials from Viktor Yanukovych’s inner circle: Sergey Arbuzov and Alexander Klimenko, of organising the provocations.

Ukrainian authorities are declaring a desire to conduct an objective investigation into the tragic events in Odessa, but the main masterminds and organisers have so far been successful in evading responsibility. Thus, the state authorities demonstrate complete unpreparedness in combatting extremism and separatism in South-Eastern Ukraine. The only way to avoid a further increase in the number of fatalities on both sides of the conflict are more decisive actions on the part of democratic countries, aimed at providing assistance to Ukraine.

Download the report
More on this topic:
Ukraine , Odessa