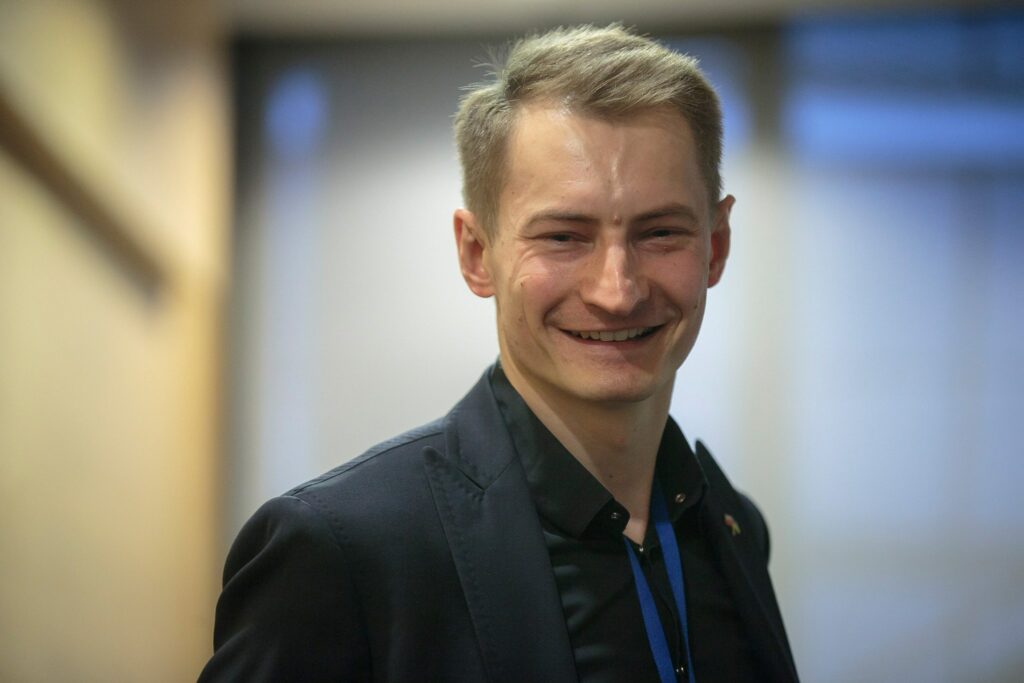 On the 23rd of June 2021, at 11:00, Bartosz Kramek, Chairman of the Supervisory Board of the Open Dialogue Foundation, was detained by Internal Security Agency officers, at the request of the Regional Prosecutor’s Office in Lublin. After his detainment, he was transported from Warsaw to Lublin to be presented with “charges” and questioned. The charges brought against Bartosz Kramek and the Foundation are bizarre, unfounded and are an example of the government’s assault on NGOs which pose an inconvenience to the authorities. We are demanding he be released immediately.

The Chairman of ODF’s Supervisory Board refused to provide explanations – his lawyer did not meet with him until late yesterday evening – and was detained. The next meeting with the Prosecutor will be held on the 24th of June at 10:00 am, as well as, in all likelihood, a hearing regarding his arrest. It has been made apparent to us that the Prosecutor intends to place a temporary arrest on the Chairman for the duration of 3 months. Even more scandalous is the fact that, so far, we rely mainly on information disseminated by government propaganda outlets, which, traditionally, are the first to receive information directly from law enforcement agencies, and on statements published by government agencies.

Since 2017 the Polish governing coalition has been unable to prove the series of allegations (from incorrect tax filings to organizing a coup d’état) it directed, in numerous proceedings, at the Foundation or people with ties to it. Now the government desperately wants to stop around 20 lawsuits filed by ODF against PiS politicians and the propaganda outlets and, most likely, is interested in covering up their latest scandals (for example, that of Dworczyk’s hacked email account).

The detainment of the Chairman of ODF’s Supervisory Board is baseless and illegal. Through his behavior, Bartosz Kramek did not provide a cause for even the smallest amount of suspicion that he had intended on going into hiding. From the beginning of 2021, a month did not go by in which he would not spend at least a week in Poland. He regularly participated in anti-government protests and attended numerous court hearings involving ODF, including during COVID-19 lockdowns. In fact, the day before his detainment, on the 22nd of June, Kramek flew into Warsaw to attend the trials of Tomasz Sakiewicz (editor in-chief of Gazeta Polska) and Wojciech Biedroń (a columnist for wPolityce.pl), as part of the aforementioned counter-offensive actions undertaken by ODF against the ruling parties and their enablers.

The arrest of Bartosz Kramek is another form of pressure, calculated specifically in order to have a chilling effect on civil society. The actions of the ruling coalition, undertaken against ODF, resemble the modus operandi of authoritarian systems such as Belarus, Russia, and Kazakhstan – where, from its founding, ODF works to defend human rights and democracy. This model employs scare tactics against government critics, by ruining their reputation and paralyzing their activities, all the while maintaining the pretence of legality.

Repeatedly, in the last several years, the Foundation published statements correcting the record and refuting allegations that one of the donors of the Foundation – Silk Road, a company belonging to Bartosz Kramek – “hid funds in tax havens”, “was laundering dirty money” and “had ties to shady businesses”, which was supposed to imply “an illegal source” of ODF’s funds. The allegations made by the prosecutor’s office – which, under the current government, is completely subordinate to those in power – do not have any basis in facts and have the goal of ruining the good name of the Foundation and the people tied to it. The prosecution’s statement to journalists is littered with words and phrases designed to bring up negative emotions in readers’ minds: tax havens, Panama Papers, criminal sources of funding, virtual offices – although, in reality, none of the so-called “accusations” made by the Internal Security Agency relate to any illegal actions whatsoever (see more here).

The charges brought against the Chair of ODF’s Supervisory Board in the prosecution office’s communiqué are highlighted by a, typical for the ruling camp, Kafkaesque style, lacking any semblance of logic. Usually, taxpayers are accused of unlawful actions to the detriment of the Polish treasury. Kramek’s firm, on the other hand, is accused of issuing invoices to foreign companies for services that were allegedly not performed. In other words, the Polish authorities are questioning the revenue of a Polish company, on which income tax was paid in Poland. Essentially, the public prosecutor’s office defends foreign entrepreneurs and the countries in which they settle their taxes, accusing the Polish entrepreneur of acting dishonestly, or even criminally, to their detriment and that of foreign countries’ budgets. In addition, this last topic indeed sounds absurd, given that “these countries are tax havens”. Even more bizarre is the fact that the Polish government has turned to the Russian government for legal help. Neither ODF nor the company led by Bartosz Kramek have conducted business in Russia. Our solitary activity in that country is the protection of human rights under the mission of ODF.

No authorities had any objections whatsoever pertaining to the activities of the Foundation and the people involved with it up until 2017, when representatives of ODF came out with criticisms of the unconstitutional changes to the judicial system, initiated by the governing coalition, led by PiS. From that point forward, we have found ourselves at the centre of the government’s crosshairs. In addition to disinformation campaigns, government bodies and representatives of PiS have initiated a number of proceedings against ODF. Up until the present moment we have resolved all of them, often very impressively, to our benefit. Audits, or proceedings set in motion by the Internal Security Agency from 2018, have been ongoing for several years, have been extended repeatedly and generally do not bode well for the authorities. They have also been considered as having no rationale by media outlets such as Onet or Super Express.

In particular, government administration bodies acting for political reasons – based on information provided by intelligence agencies – have lost to ODF many times in administrative courts (the most recent instance, and third time in a row in the same case, was in April of 2021). In fact, the government was unable to provide reasons for refusing to provide a residency permit in Poland to the wife of Bartosz Kramek and the President of ODF, Lyudmyla Kozlovska, as well as unable to provide justification to other member states for placing her on the Schengen Information System (SIS) blacklist. It is worth noting that this listing was ignored by the governments of Germany, France and Belgium, as well as the United Kingdom. Faced with the inability to prove that ODF has committed any crimes, as well as, in all likelihood, the desire to cover up recent scandals, the state authorities have presented unsubstantiated accusations (conjectures and speculations) as the result of an investigation against an NGO known for its harsh criticism of those in power. In our opinion, by repressing ODF and Bartosz Kramek, the authorities are testing ways to crack down on the democratic opposition and the civic sector.

We will present a more detailed position, addressing the specific charges brought by the prosecutor’s office, after our lawyers are granted access to the case file. Up until the present moment we have been forced to rely on the public prosecutor’s communiqués and media reporting.