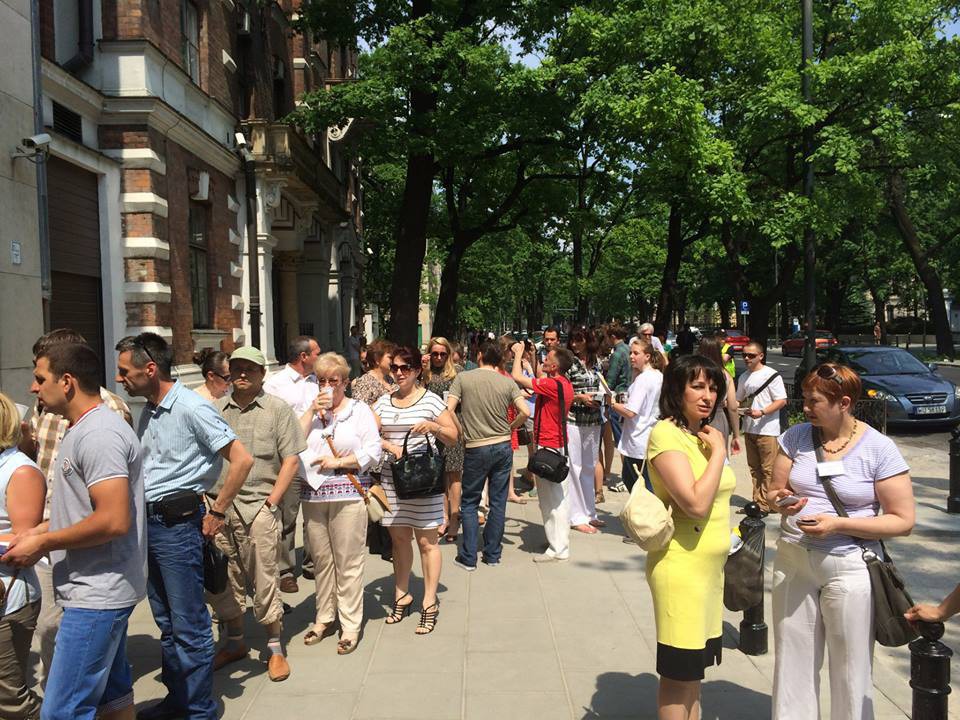 Findings of the international monitoring of Presidential Elections in Ukraine

On 22-25 May 2014, the Open Dialog Foundation organised a short-term observation mission to Ukraine in order to monitor the electoral and vote-counting process in the parallel elections for Ukraine’s Presidential and local elections. The observers from Poland, Czech Republic and Slovakia were based in five Ukrainian cities – Vinnytsia, Chernihiv, Lviv, Kyiv and Odessa.

The organisation of the mission was particularly important in the context of the conditions in which the elections were organised and held: Russian aggression and annexation of Crimea, destabilisation of southern and eastern regions of Ukraine, difficulties in running the electoral campaign caused by the activities of pro-Russian terrorists and separatist forces, and also continuous presence of the Russian army along the border with Ukraine.

The particular importance of these elections made the central authorities focus primarily on ensuring safety and security during the vote. However, the logistics of the elections, the polling stations and the preparation of election committees were not organised properly. The high turnout, which was in excess of 60% (not including results from Kiev and the Luhansk district which are unavailable at the moment) meant many hours of queuing for voters in the polling stations which were often cramped, delays in the issuing of voting cards and technical difficulties during the process of vote counting. The poor qualifications of committee members made it difficult to find solutions to crisis situations. These included numerous cases of omitted surnames of voters on electoral lists. At some polling stations, information was not available about the candidates competing in the local elections. Some other breaches were also noted.
For the numerous refugees from Crimea and the Donetsk and Luhansk districts, voting was successfully organised in Lviv.

At the same time, despite these organisational difficulties, no major irregularities were noted during the course of the vote or vote counting process, which raises a huge question mark over the elections’ fairness. The conduct of the elections should be deemed to be Ukraine’s success. The vast interest from society and the express will of the voters give the new President strong, democratic legitimisation.

The outcomes of the Open Dialog Foundation’s observation mission served as the basis for a report of which preliminary results will be presented during today’s press conference in Kyiv. The report takes note of the key problems and challenges of the electoral campaign and formulates recommendations. It will soon be available on the official website of the Open Dialog Foundation (www.odfoundation.eu).

During the elections at Ukraine’s Embassy in Warsaw, the turnout was nearly 67%. The Open Dialog Foundation, together with the Organisational Committee of EuroMaidan Warsaw and representatives of the election committee, organised logistic support for the electoral process. Voters were offered refreshing drinks and the waiting was accompanied by patriotic Ukrainian music. The “Ukrainian World” centre at Nowy Świat 63 was promoted amongst the voters and public fund-raising was organised for the needs of the refugees and people injured on the Maidan, with the amounts: PLN 6009.09 and 73.65 hryvna having been collected.

The Warsaw elections were won decisively by Petro Poroshenko with 64.33% of the votes, followed by formed Defence Minister Anatoly Hrycenko (10.33 percent) and the leader of Ukraine’s Radical Party Oleh Lashko (9.85 percent).