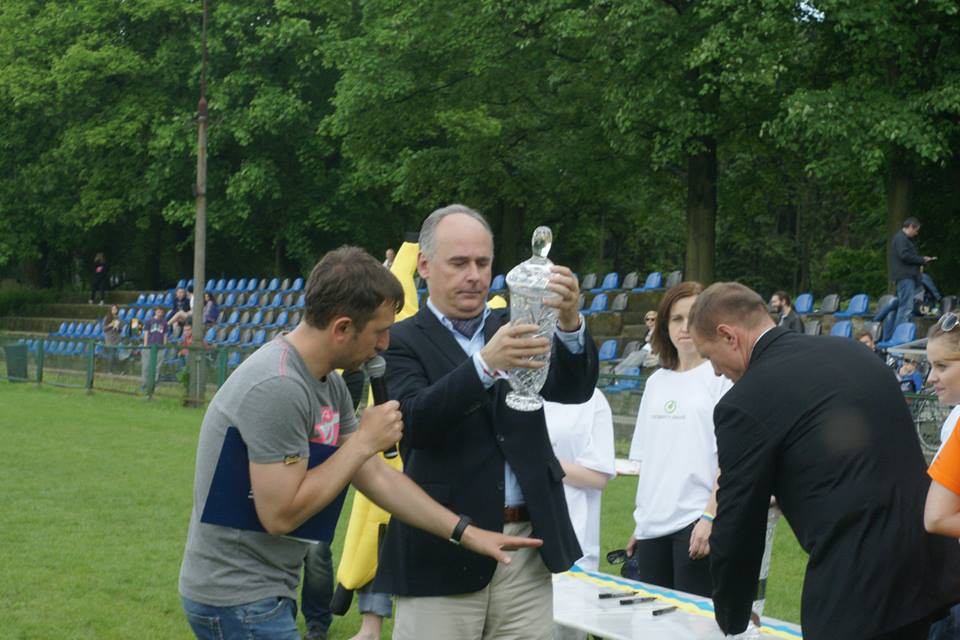 At the Drukarz football club stadium in the Skaryszewski Park in Warsaw, the Open Dialog Foundation together with the “Daj Szansę”  Foundation and Paweł Zalewski, MEP, organised a match in order to express their objection to racism at sports stadiums and the Russian aggression against Ukraine.

Supporters at the stadium chanted solidarity slogans and sang the Polish and Ukrainian national anthems. Information points, located around the stadium, were also available to the supporters. Halftime was marked by banana eating event (as a follow-up of the WeAreAllMonkeys campaign).

The patrons of the event were, inter alia, Polsat and Orange TV. Members of the Representation of Polish Artists, Polish footballers (including some Legia Warszawa), sports commentators and many more people joined in. The guests of honour included Piotr Świerczewski, Andrzej Person and Andrzej Strejlau.