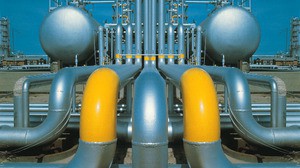 Inefficiency and non-transparency of Ukraine’s energy sector have a major impact on the budget and the economy. Ukraine has the highest rate of energy use per unit of GDP among all the neighboring countries.

In 2011 consumers in Ukraine used 435 kg of oil and gas equivalent per $1,000 USD of GDP, whereas, for example, in Russia the figure was 347, in Romania – 151, and in Poland – 137. Reduction of energy consumption in industrial production sector should be one of the strategic goals of the national economy, which is impossible without clear accounting of consumption.

Heating tariffs for the public also are the lowest among neighboring countries. For example, in Lithuania the tariff is $105 USD for Gcal, $82 in Romania, $61 in Poland, while Ukrainian tariff is $28.

This situation is out of control, and the deficit of the NJSC Naftogazcompany increases every year. In 2013 this figure with due regard to the debt was 24.8 billion UAH, and, according to IMF forecasts, without Kharkiv Accords, which were terminated by Russia in 2014, it will be 56.3 billion, or 3.7% of GDP (in April 2014 Russia discontinued the discount for gas recognised in the Kharkiv Accords in 2010 in exchange for extending the Russian Black Sea fleet’s lease in Crimea, and the price rose to $485).

At the end of March 2014, Naftogaz had accumulated a debt,owed to Gazprom, at a rate of 1.5% of GDP and significantly reduced the available reserves of gas. Aside from that, Russian gas deliveries in April 2014 were not paid for, and debt of Naftogaz increased to $3.5 billion USD. Russian Energy Minister Alexander Novak threatened that if the Aprildebt remained unsettleduntil May 7, Gazprom would issue an advance invoice for June supply of gason May 16.

Conversely, during a meeting in Amsterdam with the chairman of OAO Gazprom Alexey Miller, held on May 15, Andrey Kobolev, the Chairman of the Board of the NJSC Naftogaz of Ukraine, stated that the position of Ukrainian company remains unchanged: the company is willing to pay for gas while the other side will maintain the constant price of natural gas supplied from Russia to Ukraine at the level of the first quarter of this year (i.e. $268.5 USD per thousand cubic m.) and considers the proposed increaseof more than 80% in the price of Russian gas unjustified and unacceptable.

Thanks to the IMF loan, NJSC Naftogaz will be able to buy in the National Bank of Ukraine $2.16 billion USD and pay the debt, accumulated by the end of March 2014, to Gazprom before the end of May.

Therefore, modernisation and restructuring of the energy sector should be one of the priorities of the Government’s economic initiatives to increase energy efficiency and reduce the fiscal burden on the budget, as well as reduce dependence on gas imports from Russia.

The first step in this direction was to raise energy prices for end users. On March 25 of this year, the Cabinet of Ministers of Ukraine adopted Resolution No. 81 “On improvement of government policies regulating prices for natural gas and tariffs for heat energy and strengthening social protection of the population with regard to payment for housing and utilities services”.

Since May 1, 2014, consumer prices for natural gas used for public consumption, have increased by 56% (for gas ovens by 73%, for consumers under 2.5 thousand cubicmetres by 48%). Tariffs for centralised hot water supply and heating will be increased by 40% from July 1, 2014.

The Resolution also provides a mechanism for the social protection of vulnerable groups of the population. Compensation for the increase in charges for natural gas and heating services are being implemented. The poorest20% offamilies will receive full reimbursement for the rising costs for housing and utilities services.

It is planned that by increasing gas prices and heat tariffs it is possible to generate $4.1 billionUAH extra revenue in the year 2014.

Another priority action by the Government for the purpose of balancing the deficit of NJSC Naftogaz is an additional offering of bonds of an internal state loan of 6.2 billion UAH. To that end, changes were introduced to the National budget of Ukraine.

The Government often increases the capital of NJSC Naftogaz by issuing bonds, which places a severe burden on the budget. Moreover, these funds are directed to the debt repayment rather maintaining the existing infrastructure and investment in the domestic gas production, subsequently there is no prospect of changing the situation in general.

Therefore, the preliminary steps taken by the Government are of an urgent nature and aimed at balancing the deficit of NJSC Naftogaz, but they are only intended to relieve the “symptoms of the sickness”. As such, if real reforms are not introduced with a view to modernisation of the energy sector in Ukraine, in the following years, the problem will change for the worse.

The Energy Strategy of Ukraine to 2030 defines a number of key targets, including: reducing the overall consumption of natural resources and dependence on imports, as well as increasing energy efficiency. The key factors for successful achievement of these targets are: