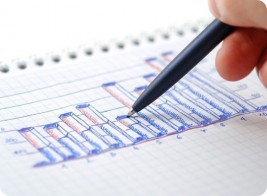 The Central Election Commission of the Republic of Kazakhstan (CEC RK) established a public council for the consideration of potential ‘information disputes’ which may arise during the course of the early elections of members of the Majilis (the lower house of the Parliament). The Public Council is authorised to consider complaints regarding the activities of participants of the electoral process and to make sure that they act in accordance with electoral law during the election campaign and that the decisions they make are lawful. Decisions made by the Council are advisory in nature. They are made public by means of the publication of materials in the media or by inclusion on the official website of CEC.

The President of the Association of Women with Disabilities ‘Shyrak’ (‘A Candle’), Lyazat Kaltaeva stated that handicapped women in Kazakhstan are prepared to nominate their candidates for the city maslikhats. The representatives of the Association of Women with Disabilities will stand for elections in five cities, namely: Kostanay, Taraz, Taldykorgan, Astana and Almaty. According to Kaltaeva, the majority of the representatives of the organisation will run for  election on behalf of the ‘Nur Otan’ party. Since 21st September, the Republican Network of Independent Observers organisation and the Association of Women with Disabilities with the support of The Democratic Commission of the U.S. Embassy in Kazakhstan, the Association Kyunnyus and the government of Finland have been working on the implementation of the ’Fostering voting habits and political awareness among disabled females (including promotion of the right to stand for elections’ project ’.

The Parliament of Kazakhstan enacted a law which sets up a national holiday – The day of the First President, which is going to be celebrated on 1st December. On that day 20 years ago, on the basis of the results of the first all-national elections, Nursultan Nazarbaev was announced as the President of Kazakhstan.

The Central Election Commission of Kazakhstan accredited the first international observers of early elections of the Majilis. The mission of ODIHR/OSCE is represented by 30 persons, including 16 members of the main group of the mission and 14 long-term observers, and one additional observer who was delegated from the mission of observers from the Commonwealth of Independent States.

The GeneralProsecutorofKazakhstan, AskhatDaulbaevandthe GeneralProsecutorofBelarus, AleksandrKonyukheldameetingdevotedtocooperationinthefieldoffightingcrimeas well ashumanrightsprotection. Participants of the meeting noted that in theinterests of strengthening international relations, productive cooperation of supervisory bodies has a great potential, especially in issues relating to prevention of terrorism and extremism, corruption and computer-crime. Let us recall that on 8th November, 2011 The Council of the Republic of the National Assembly of Belarus approved amendments to the Administrative Offenses Acts which stipulate such issues as the responsibility of legal persons and individual entrepreneurs for use in their commercial activities of foreign web resources and resources not registered ina legitmate way, and for provision of their internet users access to information banned by national law.

The Senate approved the Act “On amnesty on ocassion of the 20th anniversary of national independence of the Republic of Kazakhstan”. On the basis ofthis document,16187 people will be pardoned from criminal prosecution. In this connection, information surfaced regarding the possible early release of the convicted journalist, Ramazan Esergepov (according to the statements of Zhandos Zhanbaev, the acting director of the General Regime Prison “UZhD 158/2” and the human rights defender, Evgeniy Zhovtis (based on the announcement of the Minister of Justice, Rashid Tusupbekov). In 2009, Ramazan Esergepov was convicted on the charge of ‘disclosure of an official secret’ – the documents of the Kazakhstani special forces published in the article of the newspaper “Alma-Ata Info” entitled “Who governs the state – the President or the CNS?” on 21st November 2008; in 2011, the human rights organization “Human Rights Watch” awarded the convicted journalist a Hellman-Hammet grant. In September 2009, the Balkhash District Court of the Almaty Province sentenced the President of the Kazakhstan International Bureau for Human Rights Protection, Evgeniy Zhovtis to 4 years’ imprisonment in a correctional establishment for breaching road traffic regulations.

The leader of the ‘Abyroy’  youth movement (“The Honour”), Kazamat Zhetpisbaev was the victim of an attack  in close proximity to the entrance door of his organisations. According to the activist’s statement, on 7th December he was planning to file documents for candidacy registration  for membership of the maslikhat of the city of Astana.

The National Welfare Fund “Samruk-Kazyna” held the Kazakhstan-USA Investment Forum-2011. Among the participants was Lorraine Hariton, the State Department’s Special Representative for Commercial and Business Affairs,  Ana L. Coronel, the head of the mission of the International Monetary Fund in Kazakhstan, Aidan Karibzhanov, the Vice Chairman of the Board of the NWF ‘Samruk-Kazyna’, Zhanar Aitzhanova, the Minister for Economic Integration, Daniyar Akishev, Vice President of the National Bank, Bolat Akchulakov, the President of ‘KazMunayGaz’ company, and others.

The third meeting of the Kazakh-German Business Council for Strategic Cooperation was held in Astana. The discussion focused on issues of political and economic cooperation between the two countries. The management of the Fund “Samruk-Kazyna” invited German companies to cooperate in the field of metalurgy, chemistry and pharmaceutics, transport, engineering and machine-construction. There was also  a meeting  between Gino Hertz, the Amassador Extraordinary and Plenipotentiary of the Federal Republic of Germany and Kanat Saudabaev, the State Secretary of Kazakhstan.