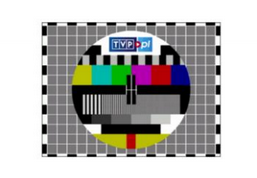 Another victory for the Open Dialogue Foundation – Telewizja Polska S.A. was forced to remove from its website some of the materials that violated our personal rights and to post statements about our lawsuit, which publication was ordered by the District Court in Warsaw.

TVP has thereby complied with the court order giving us temporary relief dated September 25, 2019 (full text). In accordance with the court decision, TVP not only placed an appropriate statement next to the articles that attacked the good name of the foundation and the people connected with it, but also completely removed six of these articles (including all the TVP news recordings that we indicated).

In order to make TVP comply with its obligation, we filed a motion to initiate so-called coercive proceedings, demanding penalty fees for each day of delay in its implementation. We are glad that – after many months – it took effect.

Let us recall that the lawsuit we have filed concerns nearly 40 articles and video materials published on the websites of TVP and TVP Info. All of them attacked the ODF on the basis of unverified information, often clearly false, or used the opinions of “experts”, usually played by right-wing journalists or politicians (many of whom are the subject of separate proceedings pending under our claim).

Their aim was to present our organisation as suspicious and corrupt, conducting espionage or even terrorist activities against Polish interests. They used fake news, manipulations, “leaked” information gathered by the Polish services and tax authorities and, finally, very dubious sources from the countries of the former USSR (Russia, Ukraine, Kazakhstan and Moldova). Thus, instead of fulfilling its public mission, TVP very zealously defended the actions of the current government against NGOs and defenders of the rule of law in Poland. Meanwhile, after a preliminary analysis, the Regional Court recognised the claims of the Open Dialogue Foundation as legitimate, and, in the justification of its decision, confirmed numerous violations of personal rights, based – according to the Court – on “manipulations” and “unspecified allegations”, also pointing to a “failure to make any findings”, “inaccuracies”, “assessments of facts that have nothing to do with reality” and “a completely biased message”.

Of course, the implementation of the security order does not relieve TVP of its liability for using untruths, nor for the harm and damage caused. We will demonstrate these in the next stages of the legal proceedings.

In spring 2020, an analogous security order was fulfilled by Polskie Radio.

Download the analysis of TVP’s fulfilment of its obligations
More on this topic:
TVP , propaganda , Open Dialogue , fake news , rule of law in Poland , PiS , Attacks on ODF