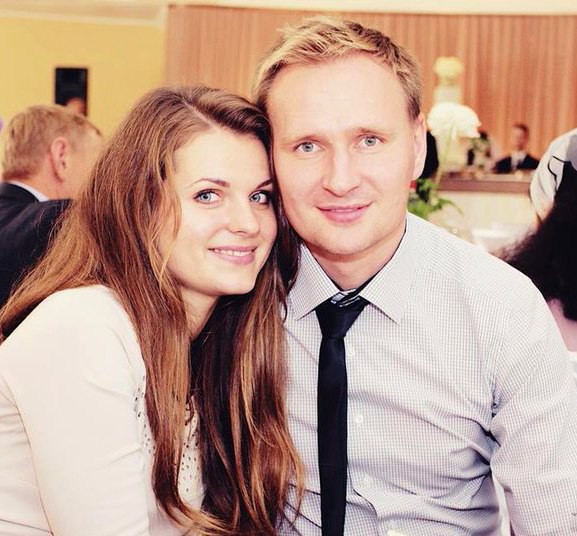 Warsaw doctors fighting to save the life of 20-year-old Svetlana, who has leukaemia and has prematurely given birth to a tiny daughter. Help is needed!

Whilst pregnant, 20-year-old Svetlana from Ukraine was diagnosed with acute leukaemia. Kyiv doctors presented the mother with a dramatic dilemma – to save her own life by aborting her pregnancy. Svetlana received help in Warsaw where she gave birth to Nikola, underwent chemotherapy and is now awaiting a bone marrow transplant. Svetlana and her little girl still need help.

In a hospital in Kiev, during an ultrasound scan, Svetlana was diagnosed with acute leukaemia. They do not perform bone marrow transplants in Ukraine’s capital though and doctors there suggested have an abortion to save her own life. Together with her husband, Volodymyr Demedyuk, Svetlana rejected the option of having an abortion.

The family’s friends began to look for a hospital which would admit her to deliver the baby. In the end, even though Svetlana had no health insurance, the Holy Family specialist hospital in Warsaw agreed to help. In the circumstances, the consul issued the visa permit in a single day.

As a result of strong contractions, during week 25 of her pregnancy, Svetlana gave birth to a baby daughter who weighed as little as 500 grams.

As a result of strong contractions, during week 25 of her pregnancy, Svetlana gave birth to a baby daughter who weighed as little as 500 grams. The child is in a serious condition, must remain in an incubator and is connected to a respirator. Doctors estimate that little Nikola will need 100 to 150 days’ hospitalisation with specialist care. The cost of medical treatment will amount to several tens of thousands of Polish zlotys.

In parallel, Svetlana is receiving treatment at the Haematology and Transfusiology Institute in Warsaw. She has already undergone her first phase of chemotherapy, thanks to the USD 50,000 which her family managed to raise back in Ukraine. An amount of another USD 100,000 to 200,000 is still needed to complete the treatment and perform the transplant.

Money was collected in Ukraine by Volodymyr through the Russian equivalent of Facebook. In Poland, however, Demedyuk cannot raise funds on his own. Money will be collected through the Open Dialog Foundation.

The Foundation has already filed an application with the Ministry of Administration and Digitalization to acquire a permit for public fundraising. Immediately after the permit is granted, a special dedicated account will be opened. At the moment, the Foundation is providing Svetlana’s family with psychological assistance.

TVP 1 public television visited Svetlana in hospital. In the reportage, the doctors mentioned, amongst other things, a high risk of complications along with the huge costs of Svetlana and Nikola’s medical treatments.